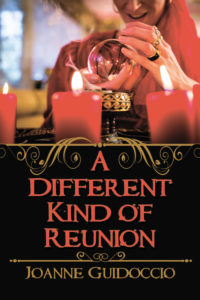 While not usually a big deal, one overlooked email would haunt teacher Gilda Greco. Had she read it, former student Sarah McHenry might still be alive.

Suspecting foul play, Constable Leo Mulligan plays on Gilda’s guilt and persuades her to participate in a séance facilitated by one of Canada’s best-known psychics. Six former students also agree to participate. At first cooperative and willing, their camaraderie is short-lived as old grudges and rivalries emerge. The séance is a bust.

Determined to solve Sarah’s murder, Gilda launches her own investigation and uncovers shocking revelations that could put several lives—including her own—in danger. Can Gilda and the psychic solve this case before the killer strikes again?

Ending on the Right Note

This past summer, I read several books with unsatisfying endings. In one case, I wondered if the novel had been worth my time and attention. The author had started with a compelling opening, the characters were well-developed, and each chapter ended on a suspenseful note.

Where did she go wrong?

Two-thirds of the way through the book, she introduced a character who had no connection to any of the other characters. In fact, I would suggest she literally pulled him out of thin air so she could pin the murder on him.

Afterward, I started to wonder about the conclusions to my own books. Had I made an impact on the reader and encouraged her to buy the next book in the series? Or had I disappointed her with a contrived or unsatisfactory ending?

I reread my editor’s comments and checked with several beta readers who reassured me that I had ended on the right note. I also reread notes from workshops and seminars. Here are five tips to consider when writing that final chapter:

1. Decide on an ending that is appropriate for your genre. If you are writing a thriller or murder mystery, a strong build-up with plausible suspects and fast-paced action should lead to the resolution of major plot points. Romance readers expect an HEA (Happily ever after) or HFN (Happily for now) ending. If you are not comfortable with that expectation, write the novel as women’s fiction. With fantasy and science fiction, endings that leave room for the imagination can be very satisfying. Literary fiction tends to have endings featuring all degrees of resolution.

2. Refrain from moralizing or delivering a hard-hitting lesson to make a point or teach a lesson. Instead, let your characters reveal what they have learned through their actions and situations.

3. Avoid improbable endings. Some authors get tangled up in plot lines and introduce a fantastical or outlandish event such as the sudden appearance of a ghost with homicidal tendencies or a dream sequence that negates the entire storyline. These endings work only if groundwork has appropriately been established throughout the book. For example, missing items and unexplained events could justify the introduction of a ghost or other supernatural being.

4. Structure books in series such that your reader will want to continue reading. Decide which subplots you intend to wrap up and which you will leave dangling to create anticipation for the next book in the series. You may also wish to introduce a complication (appearance of an old flame, job offer or firing, marriage proposal) that needs to be further developed.

5. Pay particular attention to the final sentence, image, or line of dialogue. A vague closing line can cast a shadow over the entire novel while a powerful one will linger in memory.

Here are my favorite closing lines:

“After all, tomorrow is another day.” Gone with the Wind by Margaret Mitchell

“We sat there for a long time, till the crowd around us thinned, till the sun shifted and the light changed. Till we felt our eyes could meet again, without the tears.” Sarah’s Key by Tatiana de Rosnay

“Very few castaways can claim to have survived so long at seas as Mr. Patel, and none in the company of an adult Bengal tiger.” Life of Pi by Yann Martel

What is your most memorable closing line? Please share in the comments below. 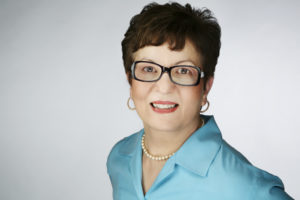 In 2008, Joanne Guidoccio took advantage of early retirement and decided to launch a second career that would tap into her creative side and utilize her well-honed organizational skills. Slowly, a writing practice emerged. Her articles and book reviews have been published in newspapers, magazines, and online. When she tried her hand at fiction, she made reinvention a recurring theme in her novels and short stories. A member of Crime Writers of Canada, Sisters in Crime, and Romance Writers of America, Joanne writes cozy mysteries, paranormal romance, and inspirational literature from her home base of Guelph, Ontario.

Where to find Joanne…