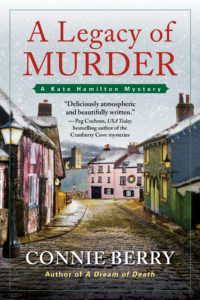 American antique dealer Kate Hamilton’s Christmastime jaunt to a charming English village leads to an investigation of a missing ruby…and a chain of murders.

It’s Christmastime and antiques dealer Kate Hamilton is off to visit her daughter, Christine, in the quaint English village of Long Barston. Christine and her boyfriend, Tristan, work at stately-but-crumbling Finchley Hall. Touring the Elizabethan house and grounds, Kate is intrigued by the docent’s tales of the Finchley Hoard, and the strange deaths surrounding the renowned treasure trove. But next to a small lake, Kate spies the body of a young woman, killed by a garden spade.

Nearly blind Lady Barbara, who lives at Finchley with her loyal butler, Mugg, persuades Kate to take over the murdered woman’s work. Kate finds that a Burmese ruby has vanished from the legendary Blood-Red Ring, replaced by a lesser garnet. Were the theft and the woman’s death connected?

Kate learns that Lady Barbara’s son fled to Venezuela years before, suspected of murdering another young woman. The murder weapon belonged to an old gardener, who becomes the leading suspect. But is Lady Barbara’s son back to kill again? When another body is found, the clues point toward Christine. It’s up to Kate to clear her daughter’s name in Connie Berry’s second Kate Hamilton mystery, a treasure for fans of traditional British mysteries.

In Praise of Busybodies
by Connie Berry

When I was a child, my mother had a much-older friend named Mildred who would visit us two or three times a year. Oh, how I dreaded those visits, first because Mildred (who had an incipient moustache and chin hairs) would pinch my cheek before insisting on a prickly kiss. And then because she asked way too many questions: How was school going? What was my favorite subject? Which did I like better—cats or dogs? How had I gotten that shinned knee? Who was my best friend, and why? Did I think I’d always have bangs? Was I brushing my teeth after every meal? Were all my, ahem, bodily functions operating properly? 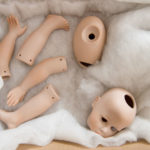 I asked my mother once why Mildred was so nosey, and my mother answered, “Her life isn’t very exciting, Connie, so she loves hearing about yours.” Even then, at the age of ten or so, that gave me pause. Mildred operated a doll hospital, repairing broken dolls, giving them new hairdos, repainting their faces, and sewing them new clothes. She’d never married, never had children. Fixing dolls was her life—and her only source of income. Until people stopped fixing dolls and started buying new ones instead.

When I think of Mildred today, I think of Jane Austen’s Emma—poor Miss Bates, mocked by Emma Woodhouse at the Box Hill outing for saying “three dull things as soon as ever I open my mouth.” Later, Mr. Knightley takes Emma to task:

How could you be so unfeeling to Miss Bates? How could you be so insolent in your
wit to a woman of her character, age, and situation? Emma, I had not thought it
possible….She is poor; she has sunk from the comforts she was born to; and, if she lives
to old age, must probably sink more. Her situation should secure your compassion. It
was badly done, indeed!

I hope I was kind to Mildred. I hope she never knew how I felt.

Today, as the writer of mysteries featuring antiques dealer Kate Hamilton, I am deeply in debt to the busybodies of the world—people who just can’t stop asking questions. A whole genre of crime fiction is devoted to them, the amateur sleuths, who follow clues and interview witnesses until the mystery is solved and the world is set to rights again. They act like police professionals, except they have no actual powers and aren’t paid to investigate. Minor details, right?

All kinds of people solve crimes in detective fiction—bookshop owners, candy makers, knitters, librarians, tour directors, college professors, gardeners, cooks, old-age pensioners, card players, archaeologists, and (yes) antiques dealers. Usually (but not always) they are female, independent, unmarried or widowed, intelligent—and nosey. They’re going about their daily lives when something unexplained happens, and they find themselves uniquely qualified to investigate. Often that investigation puts them in danger, but they refuse to give up, and ultimately they provide the evidence the police need to arrest and convict the perpetrator. 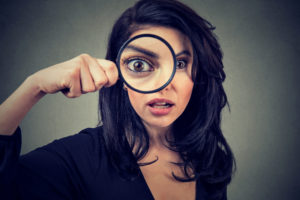 Why are amateur sleuths so popular? Is it because we imagine ourselves uncovering hidden secrets and solving mysteries? That’s my guess. I solved a real-life mystery some years ago when I tracked down a long-lost, deceased Scottish relative and discovered what happened to her after she vanished in Scotland, leaving two children behind in the States. Doing things like that today, in the age of computers and online databases, is easier than it was in the past. Then, like Agatha Christie’s Miss Marple, the only skills needed were a sharp intelligence, a keen sense of curiosity, and the soul of a busybody.

Do you have a favorite amateur sleuth? Have you ever solved a real-life mystery? 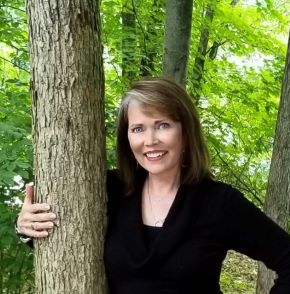 Like her protagonist, Connie Berry was raised in the antiques trade. After teaching theology for twenty-five years, she took up writing mysteries featuring high-end antiques and the legacy of the past. Connie loves history, cute animals, travel with a hint of adventure, and all things British. She lives in Ohio with her husband and adorable dog, Millie.