The Absence of Mercy 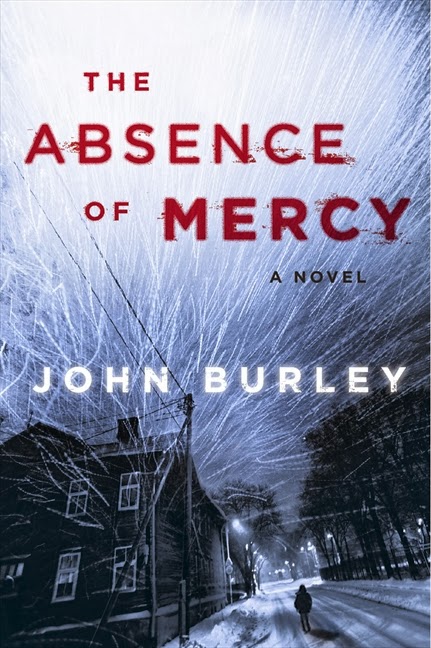 John Burley’s The Absence of Mercy is a harrowing tale of suspense involving a brutal murder and dark secrets that lie beneath the surface of a placid, tight-knit Midwestern town.

When a brutally murdered teenager is discovered in the woods surrounding a small Ohio town, Dr. Ben Stevenson—the town’s medical examiner—must decide if he’s willing to put his family’s life in danger to uncover the truth. Finding himself pulled deeper into an investigation with devastating consequences, he discovers shocking information that will shatter his quiet community, and force him to confront a haunting truth.

With its eerie portrait of suburban life and nerve-fraying plot twists, The Absence of Mercy is domestic drama at its best for fans of Harlan Coben, Laura Lippman, Jennifer McMahon, and Lisa Gardner.

When I signed up to review The Absence of Mercy by John Burley for this book tour, I didn’t realize how close to home it would feel. John’s story is set in ‘small town Ohio’, literally in my own back yard! It is set in Wintersville, Ohio and throughout other parts of Jefferson County, including Steubenville, Ohio. I was born in Steubenville, and live just a short way from there. 🙂 This is the first time I’ve read a story that was set in this area. Without taking the setting into account, John Burley has written a fantastic psychological thriller. I found myself feeling uneasy and edging toward the end of my chair as I read each page. Taking into account that this story, albeit fictional, is happening in my own backyard, and the thrills just escalate.

The pathologist, Ben, is a likable character and truly does seem like someone who would fit into this area of the country. He has flaws but you feel he is a genuinely good guy who just wants to do right by the world. John does a great job of really nailing down the ‘feel’ of this whole part of the country, as well as the people. The entire story felt totally authentic to me. And it scared the &*%&*( outta me! 😉

This really is a wonderful read and I am so happy I had the opportunity to read it and share it with you. I really enjoyed the story…it has all the elements of a mystery/thriller that leave you craving more. It’s gritty, raw and real…well worth the read!!

This is not the beginning.

Up ahead, a young man sporting jeans and a black T­shirt walks casually down the concrete sidewalk. He hums softly to himself as he ambles along, Nike­bound feet slapping rhythmi­cally on the serpentine path he weaves through the late afternoon foot traffic. He is perhaps fifteen—not truly a young man yet, but certainly well on his way—and he walks with the energy and indifference of one who possesses the luxury of youth but not yet the experience to appreciate its value, or its evanescence.

The predator watches the young man turn a corner, disap­pearing temporarily from view behind the brick exterior of an adjacent building. Still, he maintains a respectable distance, for although he has an instinct for how to proceed, he now relin­quishes control to something else entirely. For as long as he can remember he has sensed its presence, lurking behind the trans­lucent curtain of the insignificant daily activities of his life. The thing waits for him to join it, to embrace it—observes him with its dark and faithful eyes. But there are times—times like this—when it waits no longer, when the curtain is drawn aside and it emerges, demanding to be dealt with.

The young man in the black T­shirt reaches the end of the street and proceeds across a small clearing. On the other side of the clearing is a modest thatch of woods through which a dirt trail, overgrown with the foliage of an early spring, meanders for about two hundred yards until it reaches the neighborhood just beyond.

The predator picks up his pace, closing the distance between them. He can feel the staccato of his heart kick into third gear, where power wrestles fleetingly with speed. The thing that lives behind the curtain is with him now—has become him. Its breath, wet and heavy and gritty with dirt, slides in and out of his lungs, mixing with his own quick respirations. The incessant march of its pulse thrums along eagerly behind his temples, blanching his vision slightly with each beat. Ahead of him is the boy, his slender frame swinging slightly as he walks, almost dancing, as if his long muscles dangled delicately from a metal hanger. For a moment, watching from behind as he completes the remaining steps between them, the predator is struck by the sheer beauty of that movement, and an unconscious smile falls across his face.

The sound of his footsteps causes the boy to turn, to face him now, arms hanging limply at his sides. As he does, the predator’s left hand swings quickly upward from where it had remained hidden behind his leg a moment before. His hand is curled tightly around an object, its handle connected to a thin metal shaft, long and narrow and tapered at the end to a fine point. It reaches the pinnacle of its arcing swing and enters the boy’s neck, dead center, just below the jaw. A slight jolt reverberates through the predator’s arm as the tip of the rod strikes the underside of the boy’s skull. He can feel the warmth of the boy’s skin pressing up against the flesh of his own hand as the instrument comes to rest. The boy opens his mouth to scream, but the sound is choked off by the blood filling the back of his throat. The predator pulls his arm down and away, feeling the ease with which the instru­ment exits the neck.

He pauses a moment, watching the boy struggle, studying the shocked confusion in his eyes. The mouth in front of him opens and closes silently. The head shakes slowly back and forth in negation. He leans in closer now, holding the boy’s gaze. The hand gripping the instrument draws back slightly in preparation for the next blow; then he pistons it upward, the long metal tip punching its way through the boy’s diaphragm and into his chest. He watches the body go rigid, watches the lips form the circle of a silent scream, the eyes wide and distant.

The boy crumples to the ground, and the predator goes with him, cradling a shoulder with his right hand, his eyes fixed on that bewildered, pallid face. He can see that the boy’s conscious­ness is waning now, can feel the muscles going limp in his grasp. Still, he tries to connect with those eyes, wonders what they are seeing in these final moments. He imagines what it might feel like for the world to slide away at the end, to feel the stage go dark and to step blindly into that void between this world and the next, naked and alone, waiting for what comes after . . . if anything at all.

The cool earth shifts slightly beneath his fingers, and in the space of a second the boy is gone, leaving behind his useless, broken frame. “No,” the predator whispers to himself, for the moment has passed too quickly. He shakes the body, looking for signs of life. But there is nothing. He is alone now in the woods. The realization sends him into a rage. The instrument in his hand rises and falls again and again, wanting to punish, to admonish,to hurt. When the instrument no longer satisfies him, he casts it aside, using his hands, nails, and teeth to widen the wounds. The body yields impassively to the assault, the macerated flesh fall­ing away without conviction, the pooling blood already a lifeless thing. Eventually, the ferocity of the attack begins to taper. He rests on his hands and knees, drawing in quick, ragged breaths.

Next time, I will do better, he promises the thing that lives behind the curtain. But when he turns to look the thing is gone, the curtain drawn closed once again. 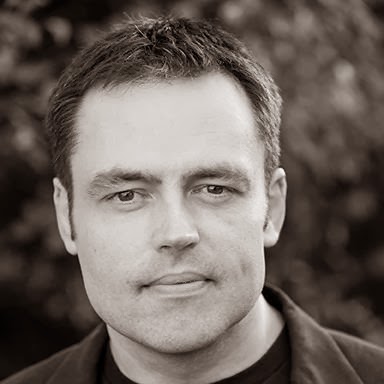 John Burley attended medical school in Chicago and completed his emergency medicine residency training at University of Maryland Medical Center/Shock Trauma in Baltimore. He currently serves as an emergency medicine physician in northern California, where he lives with his wife, daughter, Great Dane, and English Bulldog. This is his first novel.

It has been brought to my attention that the giveaway info was incorrect. So sorry about that! The author will be giving away 5 books throughout the tour.

Disclosure: I received a copy of this book in exchange for my honest and fair review during this blog tour. No compensation was received. Facebook, Twitter, Google, etc. are in no way involved in this giveaway. Brooke Blogs is not responsible for prize fulfillment.