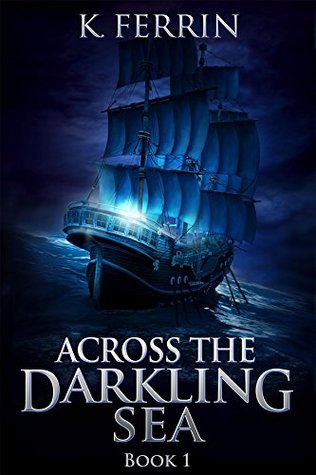 Across the Darkling Sea is the first book in the new serial fantasy series Magicfall, by K. Ferrin!

Magic is forbidden in Brielle, but that never stopped Evelyn. Until Now. Because Evelyn has discovered she is magic, and now she is running for her life.

Her only hope is on an island cloaked in shadow, an island of dark magic and even darker beasts. An island warlocks call home.

Evelyn’s friends have turned against her, her own mother tried to kill her, and the place she calls home has banished her. Hidden away in the belly of a riverboat, a stowaway, her journey begins.

Across the Darkling Sea is book one in a serial series. Each book is roughly 50,000 words or about 150 pages. To emphasize, this is a serial series, meaning it’s one story that stretches across multiple books.

This was a surprisingly difficult list to put together without revealing too much of the story ahead! Here are ten things you never knew about the characters populating Across the Darkling Sea.

1. Ling’s greatest fear is that she will not be able to save those she loves the most.

2. Evelyn’s fascination with magic is the result of her relationship with Witch. Evelyn heard all the same terrible stories about magic, but she also knew that Witch was a kind and wonderful person. She didn’t believe magic was bad because she knew Witch was good.

3. Witch is not just from Bremen, she is actually a powerful warlock with a fascinating backstory that may or may not become a book of it’s own.

4. It is not coincidence that Dreskin is in Meuse. He is actually seeking the changeling he’s heard stories about.

5. Fern has an almost pathological need to WIN.

6. Dreskin’s deepest desire is to be the one that saves the Mari and brings Fariss down.

7. Dreskin’s family was killed by Fariss.

9. Fraser’s father was once a powerful Brisian. But his addiction dulled his magic to the point of uselessness. He took this out on Fraser.

10. Alyssum raised Dreskin after his family was murdered by Fariss. 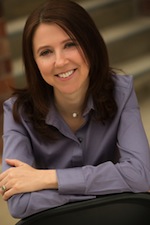 K. Ferrin spends her days surrounded by engineers, technology, and humming machinery, but her evenings are steeped in magic, myth, and adventure. She writes fantasy, loves gardening, and eats way too much pie. She lives at the foot of the Colorado Rockies with her husband and two pooches.

Her novels include the stand alone YA fantasy novel Magicless, as well as Across the Darkling Sea, and A Dying Land, the first two books of a series. You can find her online at www.kferrin.com.