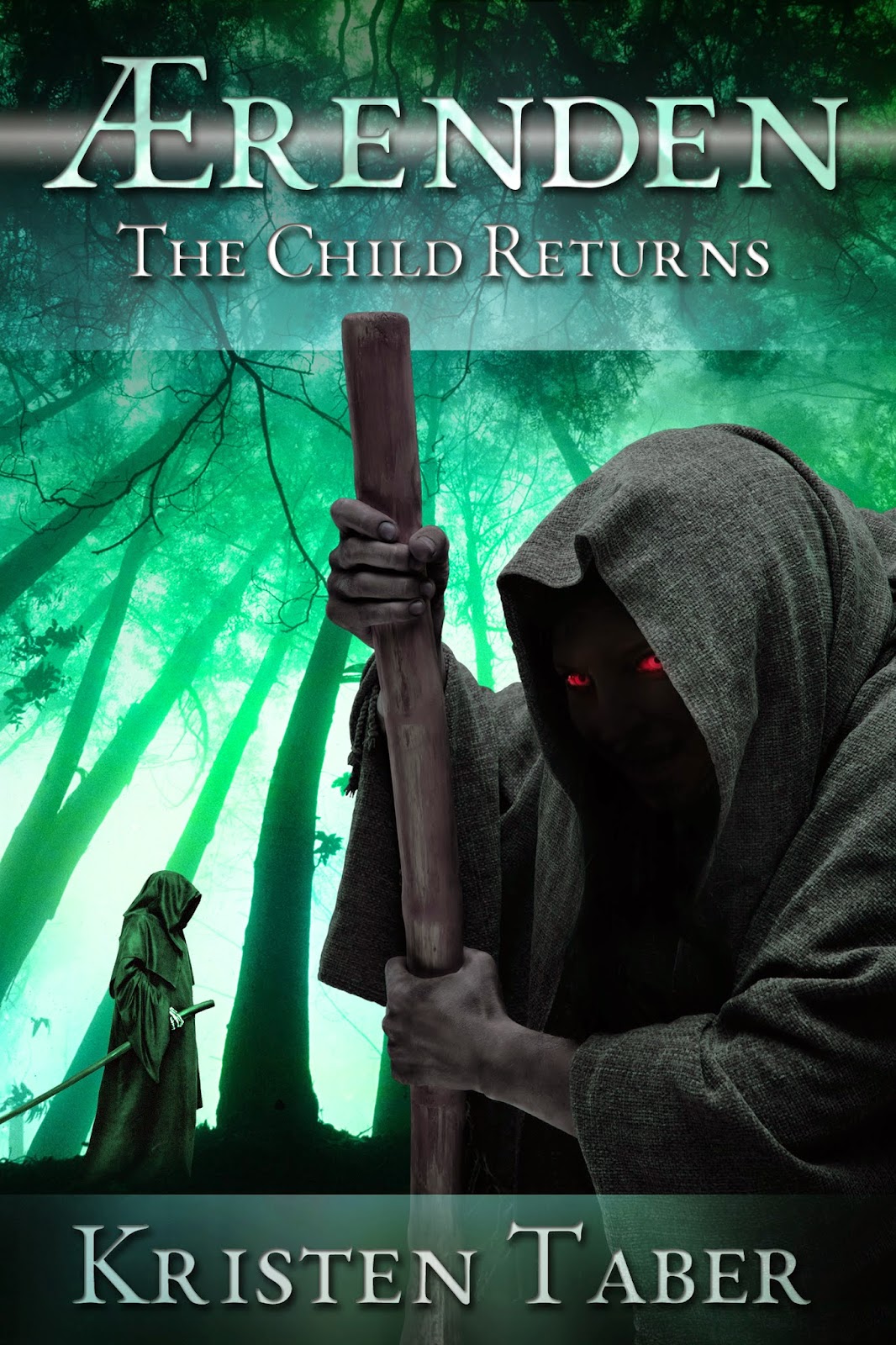 The Child Returns (Aerenden #1) by Kristen Taber
Seventeen-year-old Meaghan has no idea her perfect life has been a lie — until she witnesses her parents’ brutal murders at the hands of red-eyed creatures.
After nearly sharing their fate, she escapes with her best friend, Nick, who tells her the creatures are called Mardróch. They come from another world, and so does she. Now that the Mardróch have found her, she must return to her homeland of Ærenden or face death.
Left with little choice, she follows Nick into a strange world both similar to Earth and drastically different. Vines have the ability to attack. Monkeys freeze their victims with a glare. Men create bombs from thin air. Even Meaghan’s newly discovered empath power turns into a danger she cannot control.
But control becomes the least of her worries once the Mardróch begin targeting her. When Nick confesses he knows the reason they want her, she learns the truth behind the kingdom’s fifteen-year civil war — a long-buried secret that could cost Meaghan her life.
Goodreads | Amazon | B&N | Smashwords | Kobo | iBooks | Audible Audio | iTunes Audio

The Gildonae Alliance (Aerenden #2) by Kristen Taber
Several months after Meaghan’s return to AErenden, the kingdom’s war has taken a turn for the worse. The Mardroch army hunts the new King and Queen, destroying villages in its wake. And Meaghan and Nick, training for battle in a remote section of wilderness, are far from safe. Danger hides in shadows and behind innocent faces. Allies become foes. Each day is a fight to survive. But in the end, only one threat matters. And it’s a threat they never see coming.
Goodreads | Amazon | B&N | Smashwords | Kobo | iBooks | Audible Audio | iTunes Audio

The Zeiihbu Master (Aerenden #3) by Kristen Taber
Separated and on opposite sides of the kingdom, Nick and Meaghan face different pursuits which could change the balance of power in Ærenden forever.
While Nick trains the villagers to be soldiers, Meaghan and a small rescue party venture into Zeiihbu to find Faillen’s young son, before Garon can use the boy’s power to destroy those still fighting against his rule.
Everyone knows Meaghan could be on a suicide mission, but when Nick stumbles upon a secret concealed in one of the southern villages, he realizes that Garon might not be Meaghan’s greatest foe. The enemy most likely to kill her is someone who has also promised to keep her safe.
Goodreads | Amazon | B&N | Smashwords | Kobo | iBooks

Wow. That pretty much sums up my thoughts for the Aerenden Series by Kristen Taber. I was given the opportunity to read these first three books, and I devoured them. They were amazingly written and thoroughly entertaining. This is epic YA fantasy at its best. I really loved them! I feel like I’m gushing, but I have nothing but good things to say about these books! I cannot wait to read the final two books in the series. The author has built some really special worlds and characters that gripped me from the beginning of the first book. If you love epic fantasy, I highly recommend this series – you won’t be disappointed!

About the Author:
Born in Bangor, Maine, author Kristen Taber spent her childhood at the feet of an Irish storytelling grandfather, learning to blend fact with fiction and imagination with reality.
She lived within the realm of the tales that captivated her, breathing life into characters
and crafting stories even before she could read.
Those stories have since turned into over a hundred poems, several short tales, and
five manuscripts in both the Young Adult and Adult genres. Currently, Ms. Taber is
completing the five-part Ærenden series from her home office in the suburbs of
Washington D.C.
Connect with the author:
Website | Facebook | Goodreads | Twitter