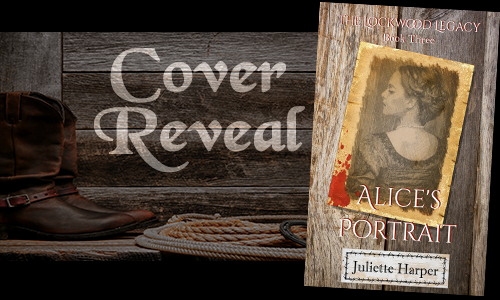 I’m excited to share the cover reveal of Alice’s Portrait by Juliette Harper, the third book in the Lockwood Legacy series. This is an adult contemporary mystery that is also very focused on family, small town and ranch life as well as some clean romance. 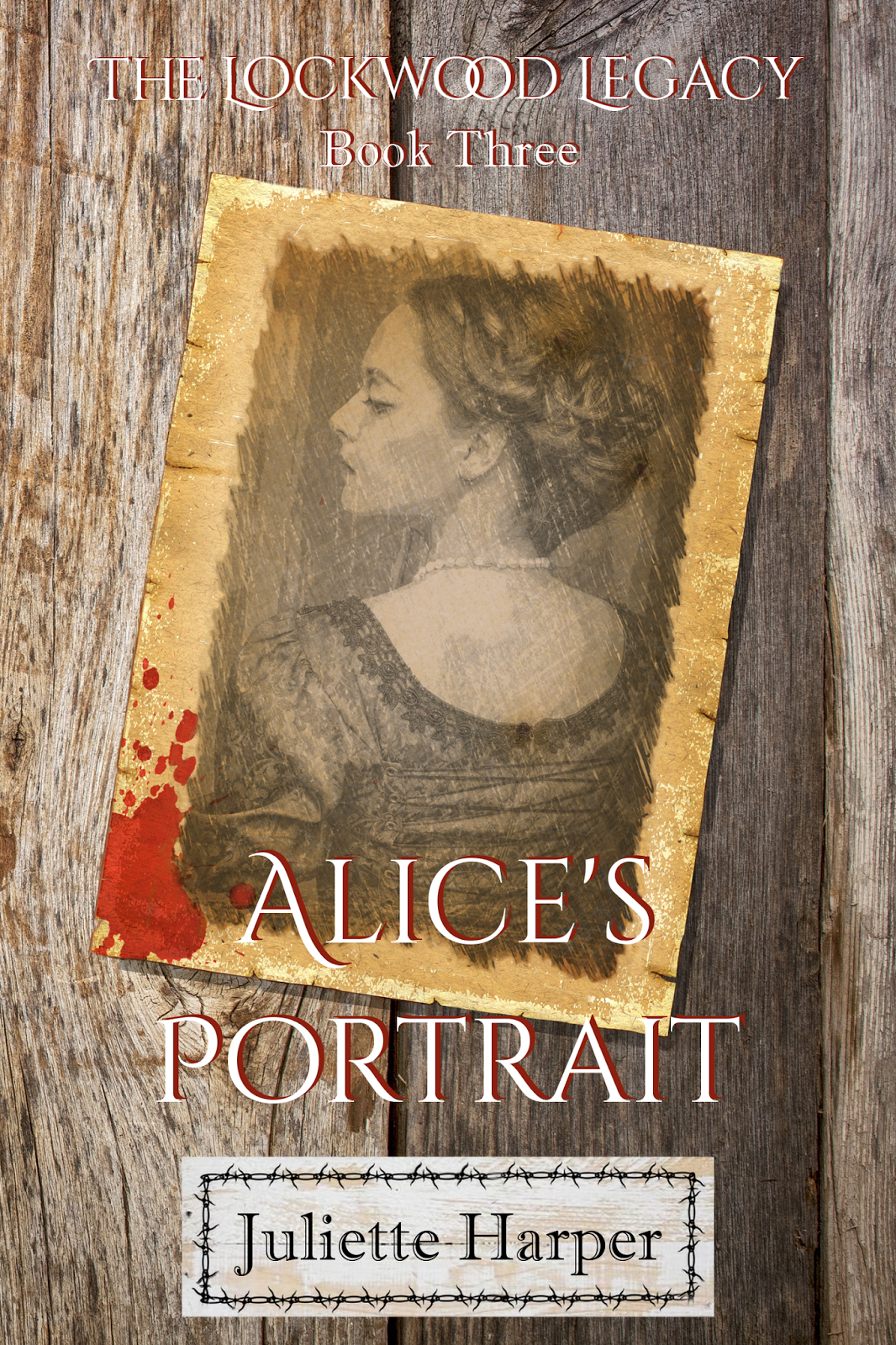 About the Book:
A year after Kate, Jenny, and Mandy Lockwood inherit The Rocking L, the sisters try to concentrate on their collective and individual futures. In the previous book in The Lockwood Legacy series, Baxter’s Draw, the women made startling discoveries about their father’s secrets, but are mistaken in their belief that everything has now come to light. In Alice’s Portrait, the ghosts of Langston Lockwood’s past once again confront his daughters, forcing them to re-evaluate their understanding of their father and of what it means to be a Lockwood.

Excerpt:
Instead of fighting back, Langston took off his hat and ran a tired hand through his graying hair. “Don’t talk about Alice,” he said. “You don’t know enough to talk about her. As for your Mama, there won’t be any peace for me over what I did to her, but she’s at peace, Jenny. I can at least tell you that.”

“That’s supposed to make me feel better, Daddy? Really? I know Mama is at peace because she was a kind, gentle woman. As for you, I hope you walk the earth for eternity and enjoy your own tailor-made brand of hell.”

“I reckon I probably will,” he said, the words filled with tired regret. “I always thought if there was an afterlife I’d find my Alice, but she isn’t here. I probably deserve that, but it’s bitter gall, little girl. It’s bitter gall all the same.”

“I’ll ask you again. What do you want, Daddy?” Jenny said, her voice ice cold.

“What I want is for you to make your peace with it, Jenny,” he said. “You got my temper and my gifts. Those things come from me and there’s not a damned thing you can do about it. You’ve got real talent. Only thing I could draw was my Alice, but you see the world with clear eyes. My art came from anger and pain, but yours comes from your soul. Let that out, daughter. That’s what I want.”

“You don’t know a damned thing about my soul,” she snapped.

“The hell I don’t,” he said mildly. “I was like you once, before I let life drive me over the edge. Fiery, passionate, idealistic. Being like me won’t hurt you, Jenny. You’re too strong. Katie, she’s tough and capable; she’s a thinker and her heart is as big as Texas when she opens it. But you, daughter? You’d spit the devil in the eye and dare him to cart you to hell. God knows you spit me in the eye.”

“You drove me away from my home! I was 17. I was alone and scared but I had to get the hell away from you. Do you have any idea what that was like for me, Daddy?”

“You should thank God I drove you away, girl,” Langston said. “Everything you went through out there is why you can be here now. Lead your life, Jenny. You and that Baxter boy, you got a future. There’s no coincidence him being a Baxter, you just don’t realize it yet.”

“Damn you,” she said. “Josh is right. You are haunting us. Dead or not, tend to your own business.”

“The dead always haunt the living, girl,” he said, standing up. “You got a hell of a lot more ghosts to worry about than me. Deal with them.”

As he started for the door, Jenny said to his back, “Daddy, did you ever love me?”

Langston turned, his hat in his hand. “I loved all my girls,” he said. “Problem was, I hated myself too much to show it. Look under the bridge, Jenny. You’ll find what you need to know there.”

Don’t miss out on the first book, Langston’s Daughters, only .99 cents in ebook! 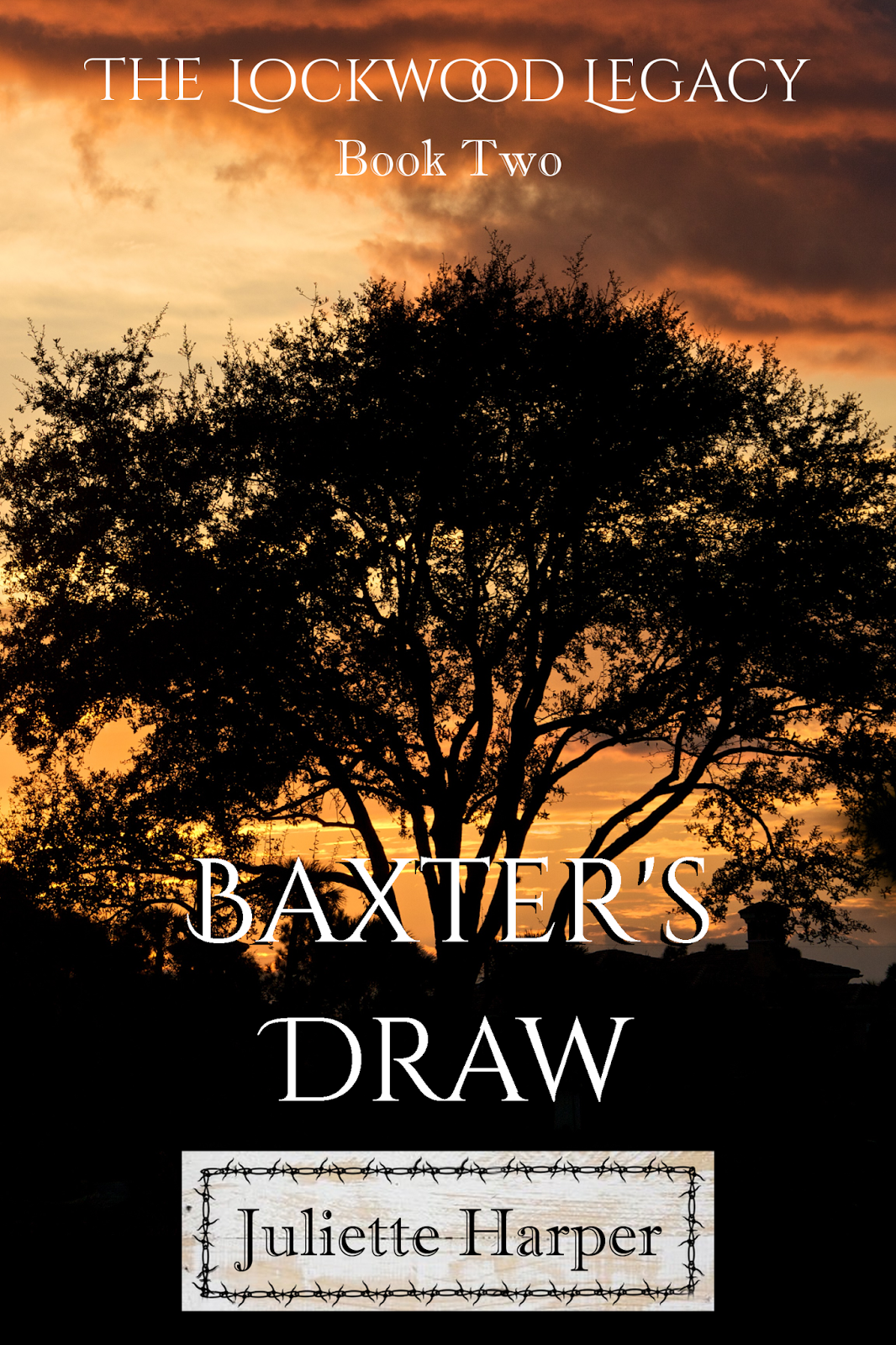 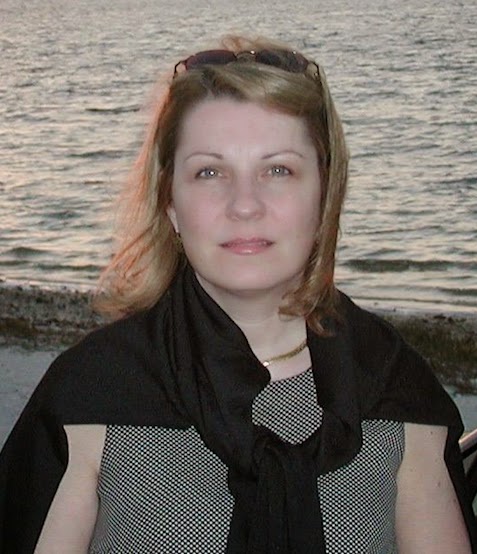 Juliette Harper is the pen name used by the writing team of Patricia Pauletti and Rana K. Williamson. Like the characters of their debut series, The Lockwood Legacy, Juliette is a merging of their creative energies.
Pauletti, an Easterner of Italian descent, is an accomplished musician with an eye for art and design. Williamson, a Texan from a long line of hardheaded Scots, knows the world of the Lockwoods like the back of her hand.“We decided to write under a pen name because neither one of us by ourselves could have created Kate, Jenny, Mandy, and their world,” says Pauletti. “Juliette is a little bit of us both. We want to be her when we grow up.”

“Patti teases me that I just don’t want to own up to writing a book with romance in it,” Williamson adds, “but that’s not true. I like the Lockwood women and the way they tackle everything life throws at them. And before we’re done, they’ll be ducking a lot. I imagine coming into the office every day and saying, ‘Okay Juliette, what’s going to happen now?’ She tells us, and we get it down on paper.”
Website | Twitter (@jharperbooks)
Giveaway:
$50 Amazon Gift Card (INT)
Ends 4/14
a Rafflecopter giveaway
This event was organized by CBB Book Promotions.