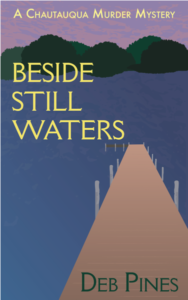 Instead, Mimi finds a surprising number of Jenn-emies—haters, lovers and secret keepers—and one killer determined to stop Mimi before she stops them.

“A pleasant quick read with a likable heroine,” says Kirkus Reviews, adding: “The juxtaposition of murder against the tranquil setting of the institution works its magic once again.”

“A fun, compelling mystery with interesting characters, surprising plot twists and an investigator to root for,” says a Goodreads reviewer.

Order from Amazon | Order from the indie Chautauqua Bookstore
Chapter One

That’s what Jenny Van Alstine tells people who want to make art or deals or just get stuff done. Forget fear, politeness or an unwillingness to offend, she says on her artist Web site.

That’s what the person watching Jenny Van Alstine through pistol sights in moonlight over Chautauqua Lake wanted to say.

After a day of battling just about everyone, Jenny was there for a midnight swim and a smoke. She spread a beach towel on the dock. She shed her cover-up and flip-flops and stretched out in a neon-pink bikini.

When it did, there was a burst of light. Then blackness. Only the tip of Jenny’s cigarette smoldered orange.

The cigarette was a prop. For Jenny’s outlaw act. And look.

Her features—blue eyes, blond hair, pink complexion—could be bland. So Jenny had repackaged them, erasing all traces of Rochester. Or, correct that, all traces of Greece, her Rochester suburb.

She wore her hair man-short. A tattoo garden snaked from her right elbow to right shoulder. She’d added: beaded or knotted strands to her ankles and wrists. Silver earring studs. Black toenail polish. And an undercut design of shaved Vs within Vs on the back of her neck.

When the moon reappeared, Jenny was glancing vaguely around, as if she sensed something. But she saw nothing. Just darkness. Or the gradations of darkness in the brush and trees lining the lake.

Too bad for her. The woman loved an audience, especially an audience of men like she’d had at that afternoon’s Episcopal Cottage barbecue by the Bell Tower.

Men who nodded like bobbleheads at her jokes and lectures on politics and art. Who fetched when Jenny said fetch. Who stayed put when she told them to. Who let Jenny use their mirrored shades, still on their faces, to check herself out while reapplying sunscreen. Who never pushed back.

When the Bell Tower chimed midnight, it felt like time. And Jenny, maybe sensing it, too, made her move.

She rose and walked to the edge of the dock. Fumbled with the clasp of her bikini top. And stood there—no joke—topless.

As if she thought she was on some nude beach in the French Riviera. Not in the Chautauqua Institution in western New York.

She dipped a toe in the silvery lake. When a bird cawed overhead, she glanced up, smiling.

And that did it. The smile. The unhurried languor. The certainty that she had nothing to fear or to lose.

Happily, there was no scream. Just a faint, surprised “ooh” and a splash. 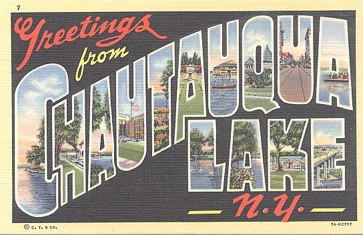 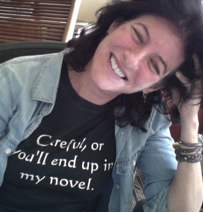 Deb Pines was born in Brooklyn, N.Y., and grew up in Miami Beach, Fla. A newspaper reporter for two decades (for the New York Law Journal, Indianapolis Star and other papers), she’s now a copy editor for the New York Post. There she uses her word-nerd grammar skills to edit stories—and her snark and love for wordplay to write headlines.

Pines is also the author of three novels and a novelette in the Agatha Christie-like Mimi Goldman murder mystery series, including her 2013 top-selling debut IN THE SHADOW OF DEATH (about which the Jamestown Post-Journal wrote: “If you enjoy an old-fashioned whodunit, it’s perfect.”)

A mother of two grown kids and a Brown University grad, Pines is also a lover of show tunes, Scrabble, hiking, cooking and indoor cycling. She lives in New York City with her husband Dave.

Sign up for her newsletter for your chance to win a signed copy of Beside Still Waters.