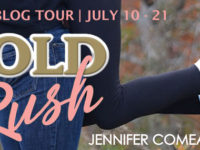 Liza Petrov’s entire life has been about skating and winning her sport’s top prize – Olympic gold. She’s stayed sheltered inside her bubble, not daring to stray from her destined path.

Until she meets Braden Patrick.

He makes her heart flutter with possibility, and for the first time, she gets a taste of a normal teenage life. She longs to have both the boy and the gold, but stepping outside her bubble comes with a price. As Liza begins to question both her future and her past, can she stay focused on the present and realize her ultimate dream?

END_OF_DOCUMENT_TOKEN_TO_BE_REPLACED

Synopsis: Dr. Lila Emerson is finally free of the shadow of her politically connected family, with her new job in a small town Emergency Room. But her new peace is shattered when she encounters the dangerous, but compelling Striker. He’s everything she should stay away from, but all she craves. And since he keeps turning up in her ER, he’s hard to avoid.

As Vice President of No Prisoners outlaw motorcycle club, Striker is no stranger to violence. But when it touches the pretty doctor he wants in his bed, he’ll do anything to keep her safe. When Striker and Lila …

END_OF_DOCUMENT_TOKEN_TO_BE_REPLACED

Listen to After the Funeral by Agatha Christie

Throughout the serialization, Sophie informs listeners on the crucial distinction between the truly impossible and the deeply unlikely, points out the magic of a very personal motive, and explains her belief that “the best stories are the ones that would only ever happen once.”

Hercule Poirot is called on to investigate the murder of a brother and sister, in this classic Agatha Christie mystery now available in an updated edition with a foreword Sophie Hannah.

When Cora Lansquenet is savagely murdered, the extraordinary remark she had …

END_OF_DOCUMENT_TOKEN_TO_BE_REPLACED

Navajo Autumn by R. Allen Chappell is the first book in the Navajo Nation Mystery series. I checked this audiobook out through interlibrary loan. Charlie works in Navajo Legal Services. When a Navajo known for being a drunk, Thomas Begay, is found passed out next to the body of Patsy Greyhorse, an investigator with the BIA, Charlie has a feeling that Thomas had nothing to do with the murder.

The story was fast paced and I enjoyed the mystery of it. The setting was great and I felt like I learned about the area as well as some about Navajo culture that I did not know before. The author’s writing style was great. The narrator really made this story great. Listening …

END_OF_DOCUMENT_TOKEN_TO_BE_REPLACED

Felony Fruitcake by Linda P. Kozar is the 5th book in the When the Fat Ladies Sing cozy mystery series, and it is a short holiday novella. Lovita is off on her honeymoon, and Sue Jan and the girls at the beauty salon are throwing their annual Christmas get-together. Sue Jan is on her own to solve the mystery of who tried to kill Bubba Bustalet with a deadly fruitcake brick.

I enjoyed this short holiday mystery. I think that you do need to have read at least one other book in the series to really understand and enjoy this novella. Sue Jan hunts down a few viable suspects at the local senior living facility. It seems that Bubba tends to …

END_OF_DOCUMENT_TOKEN_TO_BE_REPLACED

I listened to the audiobook of Dead As A Doornail by Linda P. Kozar (narrated by Michelle Babb). It is the third book in the When Fat Ladies Sing series. This is the first I’ve read in this cozy mystery series but that didn’t stop me from understanding the story line, following along with the characters and enjoying the mystery.

Lovita and Sue Jan are best friends and they own a beauty shop together. Lovita is planning her wedding to Hudson, while Sue Jan and her husband Monroe (who is running for mayor) are building their dream house. A bunch of craziness ensues when Monroe is accused of murdering the contractor working on their house; Sue Jan’s redneck relatives show up …

END_OF_DOCUMENT_TOKEN_TO_BE_REPLACED

Illusion by J.S. Cooper is the first book in the Swept Away trilogy. I’m having a hard time rating this one. I think that I may have DNF if I was reading the book, rather than listening to the audiobook. The story itself seemed outlandish and had a lot of inconsistencies. A lot didn’t add up. Very early on, I was surprised by the way Bianca acted, and some of the things she did and said. She was very naive.

That being said, the story had a great premise – two young, sexy adults, kidnapped and put on an island. That is going to equal some sexy times. You aren’t sure who to trust from minute one of this story. It …

END_OF_DOCUMENT_TOKEN_TO_BE_REPLACED

Norah by Kimberly Lewis is the second book in the McKades of Texas series. I haven’t read the first book, but I was excited to have a chance to listen to book 2. I loved it! Norah was a sweet, funny, sexy story.

Norah McKade has been burned before – and she’s not looking for love or even lust. But when tall, handsome Chase O’Donnell strolls into town, Norah’s heart takes over. This is a great contemporary/western story. This book is one where I loved all the characters. Norah and Chase were great on their own, and even better together. I really enjoyed hearing their relationship develop.

The narration of this book was spot on for me. I think …

END_OF_DOCUMENT_TOKEN_TO_BE_REPLACED

Dawn of Destiny by Lee Stephen
Epic: Book One

Some men go to war for the glory. Some men go to war to escape. For Scott Remington, war is entirely different. It is a belief. It is a calling. It is a destiny. Leaving everything behind—his fiancée, his future, his life—he embarks on a mission of faith into a battle he can barely understand. This is his story. This is his war. This is only the beginning.

The Dawn of Destiny audiobook project is a full adaptation of the first book in the Epic series. It’s not your typical “audiobook,” even though technically that’s what it is. When people hear “audiobook,” there’s a certain type of thing that usually comes to …