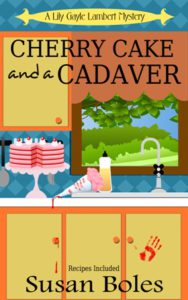 Lily Gayle and the gang set out to find a killer after local baker Luxen Natolovich is found dead hours before the grand opening weekend at the new Bed and Breakfast in town, Midnight Dragonfly. As Lily Gayle deciphers the clues around Luxen’s death she uncovers a conspiracy of lies and half truths that could very well be tied to a refugee camp in Mississippi during World War II. The deeper Lily Gayle digs the deeper the conspiracy runs and the closer she comes to being the killers next victim.

Hello! I’m Lily Gayle Lambert. I reckon every life has its own set of problems and issues. A few months ago my cousin Ben, who’s the country sheriff, and I, found a dead wolf man out in the woods on Halloween night. That was a site to put the willies into you. But I managed to get the clues Ben needed to solve the crime. As much as he complains about me sticking my nose in where it doesn’t belong and drives me crazy with his over-protective family man routine, I really am glad he’s around.

We’re more like brother and sister, than cousins. Our mamas were twins and Ben and I were born on the same day. It’s been a thorn in his side his whole life, sharing a birthday with his girl cousin. But, hey, it could be worse, right?

Then we went to Ole Miss at the same time. I don’t say ‘together’ because I’d just as soon he had gone somewhere else. But everything went just fine. Ben went off to Jackson, MS to start his career in law enforcement and I married my college sweetheart. I grieves me deeply that he was killed in a car accident a few years ago. I sunk so low I didn’t care what happened to me. That was when my best friend since diaper days, Dixie, showed up on my doorstep and refused to take ‘no’ for an answer.

That’s how I came to be back in Mercy. And it’s been a good thing being back where my roots run deep. And, I have to admit, taking advantage of the county sheriff being my cousin to get involved in solving crimes without getting into too much trouble.

I really enjoy sinking my teeth into a good juicy case. The wolf man one was one for the books. But now, we’ve got a new one. And only a few months later. Come on and visit with us for a spell. For a quiet town, Mercy sure is hopping lately. 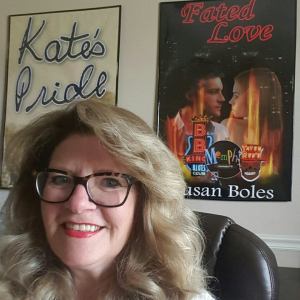 Reading has been a passion since she was very young. As a toddler, her mother read to her from her ‘baby books’ and her Mother tells a story about her holding one of them upside down and ‘reading’ by repeating the story verbatim from memory.

Death of a Wolfman is the first in the Lily Gayle Lambert mystery series. Her previously published romantic suspense novel, Fated Love, is a contemporary paranormal romantic suspense (with a twist of paranormal) set in Memphis, TN. Her first novel, Kate’s Pride, is a historical women’s fiction set in West Tennessee in the aftermath of the Civil War. The novel is loosely based on her own Great Grandmother and published under the pen name Renee Russell.

Life got in the way of writing for many years but now she’s come back to her early love.