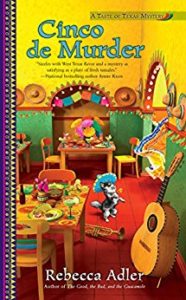 Tex-Mex waitress and part-time reporter Josie Callahan serves up more Lone Star justice in this spicy mystery from the author of The Good, the Bad, and the Guacamole.

It’s fiesta time in Broken Boot, Texas, and tourists are pouring into town faster than free beer at a bull roping for the mouthwatering Cinco de Mayo festivities. Tex-Mex waitress Josie Callahan, her feisty abuela, and even her spunky Chihuahua Lenny are polishing their folklórico dances for Saturday’s big parade, while Uncle Eddie is adding his own spicy event to the fiesta menu: Broken Boot’s First Annual Charity Chili Cook-off.

But Uncle Eddie’s hopes of impressing the town council go up in smoke when cantankerous chili cook Lucky Straw is found dead in his tent. And when Josie’s beloved uncle is accused of fatal negligence, she, Lenny, and the steadfast Detective Lightfoot must uncover who ended the ambitious chilihead’s life–before another cook kicks the bucket.

Do You Have the Makings of an Awesome Amateur Sleuth?

It’s Cinco de Mayo in Broken Boot, Texas, and tourists are pouring into town faster than free beer at a bull roping! Senora Marisol Martinez, my feisty abuela, the staff at Milagro–our family restaurant–and even my spunky Chihuahua Lenny are prepping for the best fiesta yet. Not to mention, we’re polishing our folklórico dances for Saturday’s big Cinco de Mayo parade.

This year my uncle, Eddie Martinez, is adding his own spicy event to the fiesta menu: Broken Boot’s First Annual Charity Chili Cook-off. But his hopes of impressing the town council will soon go up in smoke when a cantankerous contestant is found dead in his tent. And when my beloved uncle is accused of fatal negligence, Lenny, Detective Quint Lightfoot, and I must uncover who ended the ambitious chilihead’s life–before another cook kicks the bucket.

On the occasion of Cinco de Murder—the third book in The Taste of Texas mystery series hitting both physical and virtual bookshelves on April 3rd—I’ve created a quiz to see if you too have the makings of an amateur sleuth.

Are you willing to take on risky endeavors? And if so, why?
I’m always asking myself the same thing! Truth is, ever since I was laid off from my job at the Austin Gazette, I’ve been trying to prove myself as a reporter. We only have one newspaper in our county, The Broken Boot Bugle. When I arrived back home after being laid off and abandoned at the altar by my fiasco of a fiancé, I just knew the Bugle’s editor would be glad to offer me a job. Boy was I wrong. I’ve had to prove myself as a crime reporter at every turn. And honestly, I feel it’s my civic and professional duty to investigate a murder on my turf. Of course, that’s a sticking point between me and the Big Bend County Sheriff’s Department.

Do you ever imagine yourself solving/fighting crime?
No? I didn’t either…at first. I pictured myself living in Austin in a trendy apartment in Travis Heights, working at the Gazette, and settling down with a handsome musician.

Are you worried local law enforcement will get in your way?
Nothing can be worse than what’s going on in my neck of the woods. You’ve heard of the old boy network, right? If I had to guess, I’d say the Big Bend County Sheriff’s Department invented it. And the least pleased about my detective work would be Sheriff Mack Wallace, who’s as smooth as sweet tea until you wriggle your way into his investigation.

Do your strengths and witnesses lend themselves to sleuthing?
I’m not too big on self-analysis; but I have pondered this myself. I’m curious, stubborn, and big-hearted when it comes to digging my family and friends out of trouble. My weaknesses…and this is embarrassing…Tex-Mex, margaritas, and trying to dig my family and friends out of trouble! Is there something or someone that needs your help? Maybe that’s all the impetus you need to take a bite out of crime.

If you missed my early exploits as an amateur sleuth, be sure to check out Here Today, Gone Tamale, Book 1, and The Good, the Bad, and the Guacamole, Book 2 in the series. Lenny, Senora Mari, Detective Lightfoot, and I hope you’ll crack a smile, chuckle a time or two, and enjoy some delicious Tex-Mex recipes as we clean up the dusty streets of Broken Boot, Texas. 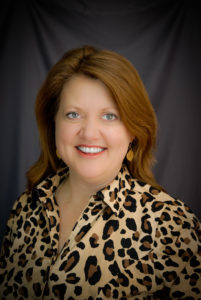 Rebecca Adler grew up on the sugar beaches of the Florida Gulf Coast. Drawn to the Big Apple by the sweet smell of wishful thinking, she studied acting on Broadway until a dark-eyed cowboy flung her over his saddle and hightailed it to the Southwest.

Prior to writing women’s fiction, Gina always found a way to add a touch of the dramatic to her life: dinner theatre in Mississippi, can-can club in Florida, and playing a giant Furskin in the New York Toy Fair, plus the occasional play and musical.