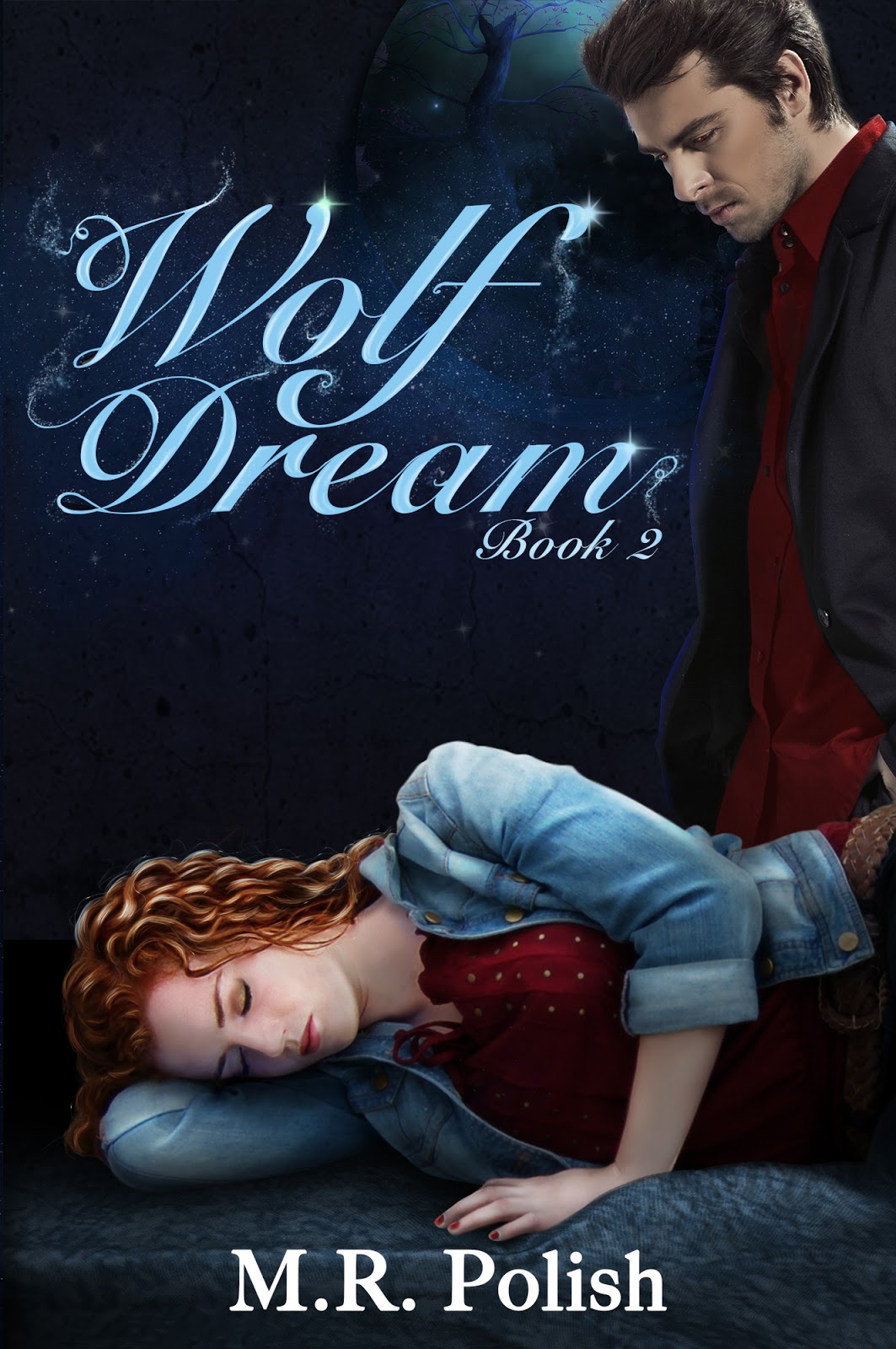 Wolf Dream by M.R. Polish
Add it to on Goodreads
Summary:
The Reaping Spell has weakened her greatest enemy, but now Esmerelda faces a different threat – one that haunts her dreams. To finally defeat Nicholas and end his madness for good, she must travel back to Spain with the help of her powerful friends.
What she doesn’t know is that in his weakness, Nicholas made a deal with the Death Keeper – his soul in exchange for Esmerelda’s life. Worse, she soon learns that the ones she trusted most have become part of her nightmares. The only one she can trust is the man who holds her heart, and together they must fight Nicholas to the death.
Fighting to stay awake so Nicholas can’t find her in sleep, Esmerelda prepares for the battle that will finish this war. One of them must die for her nightmares to end – unless the Death Keeper, with plans of his own for Esmerelda’s soul, gets to her first.
Teaser from Wolf Dream:
“Esmerelda, I need your help!” Julie yelled from the front of the plane.
That worried me even more than dying. She never needed—let alone wanted—my help. I ran as fast as I could, jumping over the dead bodies to get to the cockpit.
She looked at me with wide eyes. “He won’t wake up. I don’t know what’s wrong.”
Jarak was there first, grabbing Julie and pulling her out of the way. “Move, Es, I can’t let this happen, not right now. It’s not right.”
I didn’t understand what he meant but moved anyway. Ian was right behind me. “Camilla and Lauren went to take care of the other three breeds and Ailaina went to find a first aid kit to help Lauren.”
I nodded but it all felt so surreal. Was this really happening?
“Damn it, Julie, why’d you have to put them to sleep?” Ian asked.
“Don’t yell at me. I did what I had to do.”
Jarak tried every combination to open the cockpit door but nothing worked. Ian pushed past me to Jarak. “Move over, I got this.” He slammed into the door with his shoulder, creating a small but otherwise useless dent. Turbulence jerked the plane as Ian hit it again.
“Hey, man, I don’t see what you’re trying to do. This door is made to withhold attacks,” Jarak said as he returned to the door.
“Well, wise one, the plane is going down because smarty pants over there put the pilot to sleep and can’t wake the pilot. We,” he used his finger to point at all of us in a circle, “are the only ones awake. So, we need to get in there.”
Hearing Ian confirm my fear of why the plane was descending so fast scared me even more. “Let him try, Jarak.”
“Fine, but what are you gonna do once you get in there? None of us know how to fly a plane.”
“I’ll figure that out, right now we just need to open this door.” Ian plowed into the door again.
“That won’t work,” Camilla said as she neared the cockpit.
Jarak raised his hands in surrender. “I’ve already tried to tell him.”
“Here, let me.” She walked up to the door with a set of keys.
Ian moved back over by me, rubbing his shoulder. “Well, now you show up.”
Other Books in the Series: 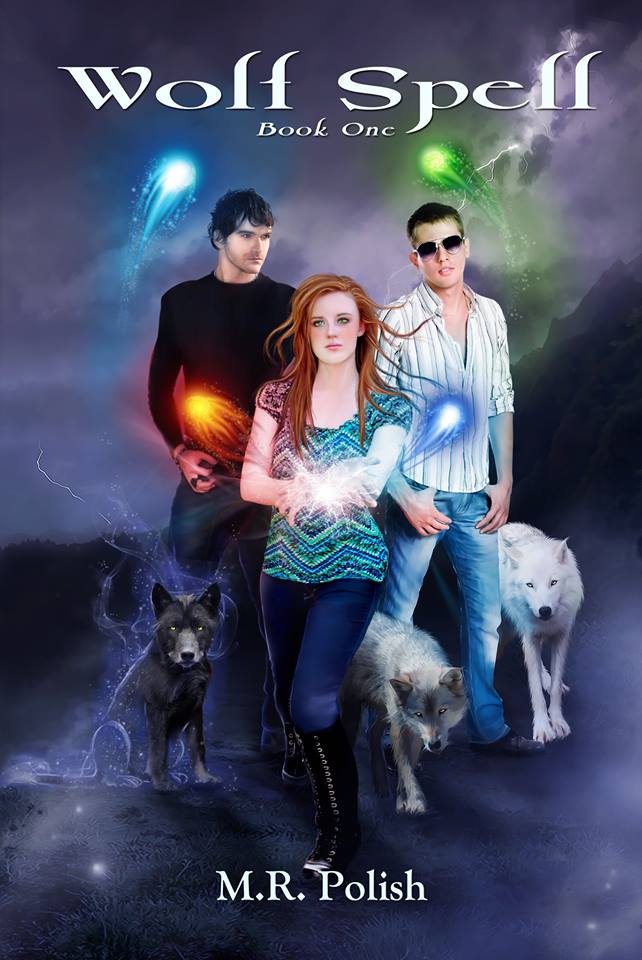 Wolf Spell by M.R. Polish
Available Now: Goodreads | Amazon | Barnes & Noble
Summary:
With a death starts a new beginning…
Eighteen-year-old Esmerelda thinks she’s just a normal girl, but all of that changes the day of her mom’s funeral, when a warlock, intent on using her special powers, kidnaps her. Powers she didn’t know existed. Thrown in the middle of a magical battle, Es struggles to learn her magic while fleeing both vampires and warlocks, at the same time, hunting for the witches that can help defeat her adversary. The only problem is that they are dead.
Thankfully, she has the help of Jarak—her Guardian—who quickly captures her heart, but she wonders if she can win his? Just when she thinks Jarak is the one for her, Ian appears with daggers drawn to save Es from a vampire attack. Ian is cocky and rude, but there is something magnetic about him—something that attracts her to him. With her heart torn between two men, she faces the foes that are out for her blood. Can Es do the unthinkable and awaken them from their graves before time runs out?
Author Bio: 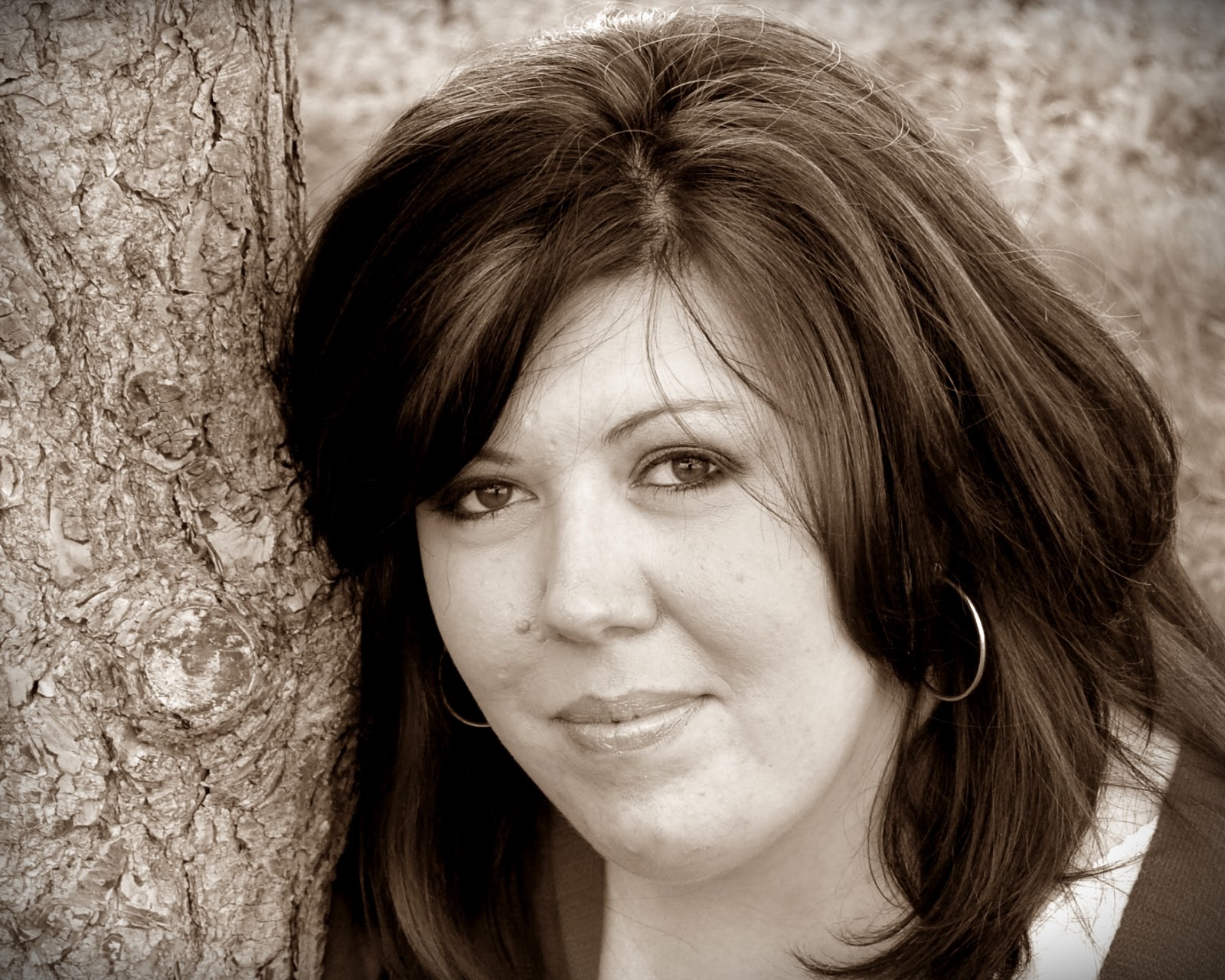 M.R. Polish was born in Idaho, a long, long, long, maybe not that long time ago…. Writing has always been there for her. Growing up, her mind was filled with stories, some she shared and others she filed away to write down later in life. It wasn’t until 2011 that she decided to publish her stories for everyone to enjoy. Her first award and when writing became more than just an idea was in the 5th grade. She won the scary story contest for the school newspaper. It is one story she still has tucked away for memories. Her teacher told her she could be anything she wanted and that she had a talant for writing, being creative and drawing people into her stories. M.R. took that to heart and continued to write, although mostly in secret until recent years.
Now you can find her enjoying life with her family – wrangling her four kids, setting traps in the house with toys for unsuspecting victims (aka, her husband) and writing down all her crazy and fun stories.
“Life is too short to stand by and watch everyone else live your dreams. The bigger the dream, the bigger the adventure!” ~ M.R. Polish
You can Find her on her Website, Facebook, or Twitter.