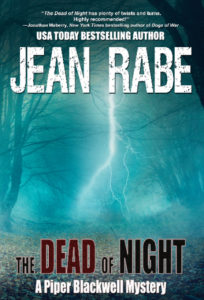 As Sheriff Piper Blackwell rushes to a clandestine meeting with an aging, paranoid veteran who believes spies are trailing his every move, she is caught in a fierce thunderstorm. Pounding rain drums against the bluff, washing away the earth and revealing a grisly secret someone tried to bury a long time ago.

Putting a name to the skeleton on the bluff, and searching for the thief who robbed the old veteran of his life’s earnings, sends Piper delving into the sleepy towns that dot her rural county. Now she’s digging into pasts perhaps best left alone.

Accompanied by Chief Deputy Oren Rosenberg, Piper seeks to expose a truth someone wants to remain forever hidden. The investigation may have started with a thunderstorm, but Piper aims to finish it and find justice. Uncovering fragments of Spencer County’s history could prove more dangerous—and deadlier—than she ever expected.

“The four marbles. I found an online catalog of vintage marbles and matched them up. These three are common machine-made from the late forties, worth maybe three or four bucks each to a collector. The larger one.” She whistled. “Agate lemonade with oxblood-red swirls from the late thirties. It’d go for several hundred. Maybe as much as seven.”

“Now it would,” Piper said. “Decades ago? Probably not so much.”

“Marbles were more of a boy-thing back then. Part of the reason I say the victim was a boy.”

“The twist of barbed wire…no idea about that. Haven’t really looked into that piece yet, or this strip of brown leather, other than to notice it has holes at each end, maybe it was tied together or it connected something. I’ll get digging into them next. It’s the other stuff.”

“The coins…” JJ pointed. “This is a farthing, British, dated 1940. This one’s also dated 1940, twenty francs, Liberte Egalite Fraternite it says on the back. It means freedom, equality, and fraternity. The one with the hen and the chicks on it, the other side has a raised harp and reads Eire 1943. Despite being buried, those three coins are in remarkable condition and don’t look like they were circulated, likely from someone’s coin collection. The U.S. nickels and pennies— forty-eight cents worth—range in dates from 1942 to 1949 and are beat to hell, definitely
circulated. Nothing more recent than 1949, so I’d say the bones have been there maybe six decades.”

The Dead of Winter by Jean Rabe 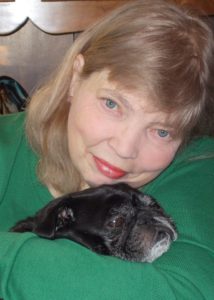 USA Today bestselling author Jean Rabe has written thirty-seven mystery, fantasy, and adventure novels and one hundred short stories. The Dead of Night is the second in her Piper Blackwell mystery series. She calls them uncozy-cozies, or cozy police procedurals…of which she’s been told there is “no-such genre.” When she’s not writing, which isn’t often, she edits . . . more than two dozen anthologies and more than one hundred magazine issues so far. She’s a former news reporter and news bureau chief who penned a true crime book with noted attorney F. Lee Bailey. Her genre writing includes military, science-fiction, fantasy, urban fantasy, mystery, horror, and modern-day adventure. She shares her home with three dogs and a parrot.

Rabe teaches genre writing courses—at conventions, libraries, museums, and other interesting venues. Her hobbies include reading, role-playing games, visiting museums, tossing tennis balls to her cadre of dogs, and buying books to add to her growing stacks. She lives in central Illinois near three train tracks that provide “music” to type by. Visit her website: www.jeanrabe.com.

There’s a tour-wide giveaway for Cracker Barrel and Starbuck’s gift cards or a little password book. In addition, two lucky bloggers will be chosen at random to win a Starbucks or Cracker Barrel Gift card. Open to US residents only.