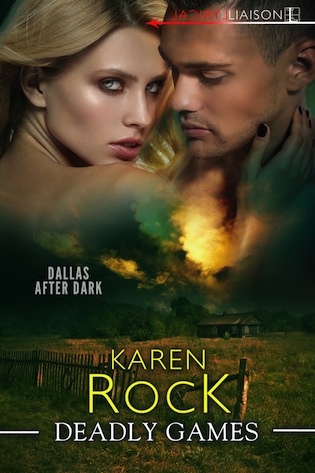 ONE NIGHT ONLY
Special Agent Katherine Bowden doesn’t do girls’ nights out. She doesn’t do blazing hot dances with male strippers or unbelievable, uninhibited one-night-stands. If you ask her ex, all she does is work: study evidence, profile criminals, track them down. And now Katherine’s back home in Dallas, with a new set of all-male colleagues second-guessing her every move, and a possible serial killer hunting women just like her. But just this once, Katherine is going to try all those things she doesn’t do . . .

Growing up on the Reservation led Nash Hawkins down paths he’d rather forget. When his dream of joining the police force was crushed, he turned his hard body and wicked imagination into a meal ticket. His chemistry with Katherine is like nothing he’s ever felt. And though he’s sure a woman like her won’t want to get seriously involved with him, Nash knows things—things that might help catch a killer.

Nash and Katherine can save lives, if they put aside the desire that torments them both. But the closer they get, the more they have to lose . . .

“A highly entertaining and cohesive suspense novel with an emotionally satisfying romance that will keep readers glued to the page.”
—RT Book Reviews, 4 Stars on Dangerous Moves

“You might be the first woman Nash’s ever invited home from the club. Word is he has a ‘no dating customers’ policy. You’ve got to go and report back,” one of the Brittany’s implored. “I need to know how long it is.” “And thick,” another Brittany insisted.

Megan arched a brow. “And what he can do with it.” The group laughed and groaned.

“Come on, do it for us,” Brittany pleaded, leaning back to scan Katherine’s face.

“No,” Megan surprised Katherine by saying. “Do it for yourself. Nash is the hottest man alive, and he wants you. Do you want him?”

Katherine remembered his big strong hands on her, the chemistry crackling between them, a riptide pulling her from her dreary, ordinary life, and nodded.

“Then go for it. I’ll text my brother and ask him to keep an eye on Nash’s place tonight. You have an emergency, call him or just pound on the wall. He’ll bust down the door.”

Megan grabbed Katherine’s phone and added her sibling’s number. “Prove your ex wrong. What’d he used to call you?”

“Ice queen.” The words tasted alien to her, as if one dance with Nash rendered them inert. What would a whole night with him do for her wounded pride?

“You looked like a gorgeous sex-bomb up there.” Megan jerked her thumb at the stage. “Now go jump Nash’s bones.”

Katherine loaded her weapon beneath the table, slid it into her bag, and scooted out of the booth. Back at Quantico, her ability to read people had earned her the nickname “The Human Lie-Detector.” Her gut said Nash was safe. And if he wasn’t, she’d kick his ass then bust it. His condo’s proximity to another, forewarned officer lessened her reservations.

She had little to fear and much, much to gain.

“Okay.” Katherine nabbed a Kamikaze shot off a passing waiter’s tray, drained it, and slid him a couple of bills. “But if he so much as looks at me cross-eyed, he’s going down.”

“I’ll try not to,” Katherine joked, then slipped outside, both exhilarated and terrified. Was this going to be the biggest mistake of her life or the best thing to happen to her?

She released her death grip on the exit door and shoved herself into the dark night.

Only one way to find out… 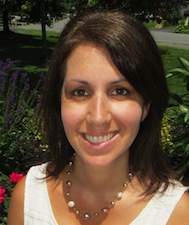 Award-winning author Karen Rock is both sweet & spicy—at least when it comes to her writing! The author of YA and adult contemporary books writes spicy suspense and small-town romances. A big believer in Happily-Ever-After, Karen loves creating unforgettable stories that leave her readers smiling. Karen is an avid reader and baker who loves having the Adirondack Park as her backyard, where she lives with her husband and daughter who make her life complete.