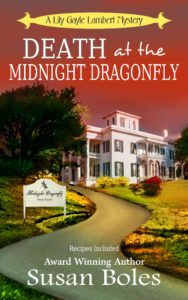 On the fourth day of Christmas,
In Mercy, Mississippi….

It’s the Christmas season in Mercy, Mississippi. But things are far from jolly.

For Vlad Templeton the sleepy little town where he spent his childhood provides the perfect place to conduct his state funded sleep study. But when the local bank manager, who was participating in the study, is found dead on his doorstep, is it a set up…or is Vlad somehow involved?

But, when someone makes an attempt on Lily Gayle’s and Dixie’s life, the two realize they better move fast….or they might end up sleeping forever.

I love a good cozy mystery. That’s why I chose to write them. Agatha Christie got a grip on me a long time ago and has never let loose.

But I also wanted to have something that set my books apart from the other small southern town cozy mysteries. So, I set out on a journey to create a language flow that puts the reader right into the south. I did this by incorporating words and phrasing that are distinctly southern without going the ‘kiss my grits” route. And, just between us, I’ve never heard anyone in the south say that unless they were being deliberately sarcastic and mocking of stereotypes.

I thought it was brilliant!

My editor, not so much. She’s a marvelous editor, but she’s also a New Yorker. So when she edited the first book in the Lily Gayle Lambert series, it looked really scary when I got it back. But then I realized that she was marking up all that unique southern phrasing. So….we had a long talk about what I wanted to accomplish with this unusual writing style. So we’ve now worked out the kinks and I get to use my unique southern phrasing (only when characters are actually speaking or thinking) and when she’s editing, she will make a comment here and there on some particularly odd phrase to the effect that this is probably intended on my part but please look at it again.

And in both Death of a Wolfman; and Cherry Cake and a Cadaver, reviewers have commented on that very thing. The southern phrasing that I sought so hard to make into a living part of my books. It was one of the most wonderful feelings in the world to know that someone had seen what I tried to create and it resonated enough with them to include it in their comments.

That’s the best part of writing books. When readers tell you that something about the book made them smile. Or laugh. Or placed them in the setting of the books. Or that they loved it and can’t wait for the next one. 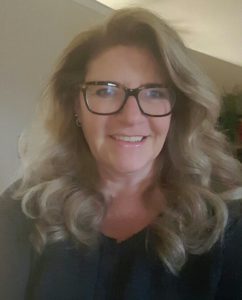 Reading has been a passion since she was very young. As a toddler, her mother read to her from her ‘baby books’ and her Mother tells a story about her holding one of them upsidedown and ‘reading’ by repeating the story verbatim from memory.

Susan writes mysteries set in the big city of Memphis, TN and the fictional small town of Mercy, Mississippi.