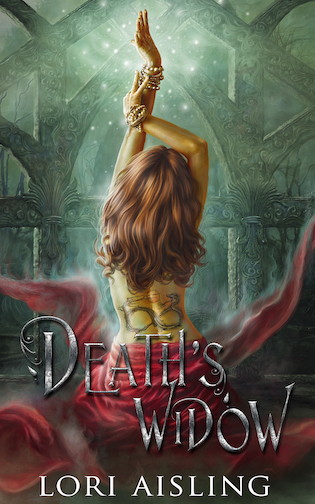 I was bound eternally to my soulmate – the one person who truly completed me. He was taken from me and assumed dead, his massive duties inherited by his only beneficiary. I was bonded to Callon as his forever companion – and soon became his widow.

Something is wrong; I can feel it as I conduct my duties to the souls. The war between Heaven and Hell is escalating and, try as I may, I’m unable to counterbalance the feuding parties. A sinister plan was set into motion by a mutinous allegiance, and I have to stop it.

I have no one I can trust, and time is running out to uncover the Timeless beings involved in this heinous plot. I will save Callon’s legacy and the innocent mortal souls that are being used as currency in this age-old strife. I will do this for my love. They will pay for taking him from me. But for myself – I do it for revenge.

An eternity in the fiery pits of Hell’s prison? Oh, they’ll pray for such a luxury.

My name is Amara.
I am Death.
And this is my story.

Swinging my bag over his shoulder, he once again grasped my hand and we began to walk towards the exit. He pulled a cell phone out of his jacket pocket and in just a few moments was speaking to the person on the other end in what sounded like fluent Arabic. I was surprised but then I realized I shouldn’t be. Of course, he would be able to speak to all the people he helped. It’s not like everyone spoke English. Listening to him converse, I tried to make out the unusual words, wishing I could understand. Something about a car…I think. Wait. How would I even know that?

He hung up the phone and I hammered him with a barrage of questions. “Was that Arabic? Were you talking about a car? When did you get a phone?”

“I am Death, not a caveman, doll. I need a phone to conduct mortal business and do things like getting us a car. Yes, I was speaking Arabic. We are in Egypt, remember?”

“So you speak all languages, I assume. Will that be a gift I will learn to master?”

“You already have all your power, we only need to awaken your ability to use it,” he explained. “It’s intent, Amara. Once you believe that- I mean fully believe it, the skill will come to you.”

“Say something else, then. I want to try.”

We continued to walk down the aisle of the bustling airport and after thinking for a moment he said “Kan jag kyssa dig?”

The words made no sense. I could tell it was a question, simply due to his inflection, but it was not a Latin-based language I could begin to dissect. “Say it again.”

Callon repeated himself and I rolled the words around on my tongue, attempting to repeat them in the same accent, trying to interpret their meaning. “I don’t know how to understand a language I have never heard spoken. How do I make myself believe I can speak it if I don’t know what you are saying?”

“You have to believe, Amara. You do know what I am saying, your mortal brain is blocking you from comprehending. I’m asking you to let go of your preconceived notions and answer my question.”

My back was suddenly pressed up against the wall and Callon pushed his entire body into mine. Looking up into his molten silver eyes, I felt my soft curves pressed against the hard planes of his frame and my blood temperature spiked. “Answer me, Amara.” His voice dipped, gravelly and low, sounding like sex and fine whiskey when he repeated, “Kan jag kyssa dig?” His face was mere inches from mine and I felt my hands running up his sides to pull him closer.

“Yes, please do,” I whispered, my breath leaving me in little pants.

“I knew you could do it,” he said as his lips crashed into mine. I was unconcerned about the fact we were surrounded by people in an international airport and I was ready to have a full-on make-out session with my mate.

He smiled, taking my hand and proceeding to walk towards the exit. “Yes, I did. In Swedish.” 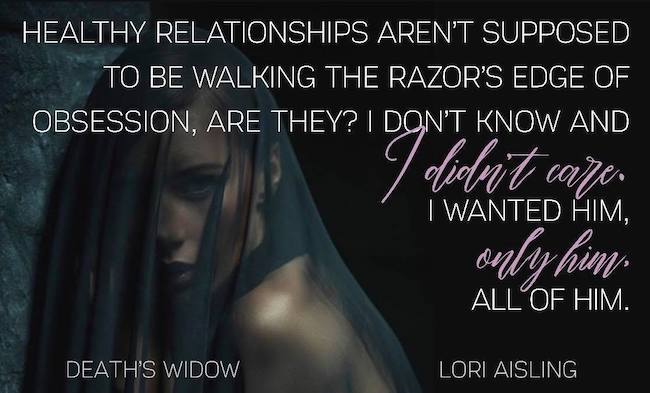 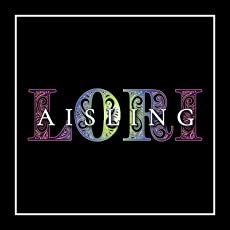 Lori Aisling lives her life wrapped up in the fantasy worlds that dance around in her brain. Blessed with the gift of gab, Lori started her obsession with storytelling by working in the radio industry. Her desire to delve deeper into other worlds has led her down a path overflowing with magic, survival, love, and honor.

Lori lives in Colorado with her lovable brute of a BF on a little farm. When she’s not writing, she’s probably playing with goats, chasing chickens or sinking her fingers into the dirt of her garden.