Join us Thursday July 25th from 7-11 pm EST for an awesome night of fun with the ladies behind this amazing boxed set!! Play some games, win some prizes, and chat up Hope Welsh, Elizabeth A Reeves, Lanie Jordan, and Charity Parkerson 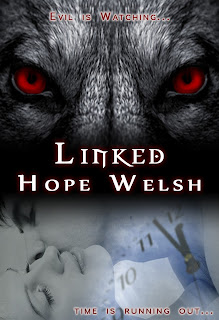 Lana Summers doesn’t want anything to do with paranormal abilities. She’s seen what it did to her mother before her death. Cole Thomas has his own talents, but can Lana accept his when she can’t accept her own? Can Cole convince her to embrace her talents–and accept his–in time?When Lana’s house is invaded in the middle of the night by an intruder, Lana awakes to a warning in her dream to Run! The warning came from her dead mother. As she flees to the streets via a window, she finds Cole Thomas. He offers to check her house, and decides she needs protection when his shapeshifter talents tell him that Lana’s invader wasn’t human.The prophecy must be deciphered–but the one being that knows isn’t talking.. Now, it’s up to them to figure it out. The clock is running, and time is running out.The Ancient ProphecyWhen Two Become One
And One Becomes Two 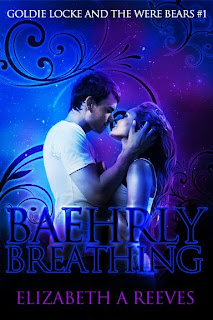 Baehrly Breathing It’s difficult to be taken seriously when you are a member of the Magical community and saddled with the unfortunate name ‘Goldie Locke’. It certainly doesn’t help if you are also about five feet tall, blond, and most commonly described as ‘cute.’. What was a girl to do?Become one of the most dreaded Magical environmental lawyers of all time?Goldie isn’t there yet, but she’s well on her way when a case drags her into uncharted territory– working with Ordinary officials to figure out why ‘unusual’ remains are being discovered all around New England.With her hands full and a new dragon on the way, Goldie’s hunches about this case may prove to be all-too true– this stuff is bad business!
Elizabeth A Reeves stalker links:
http://www.elizabethareeves.com
https://twitter.com/SelkieHorse
https://www.facebook.com/elizabeth.a.reeves.7
< /div> 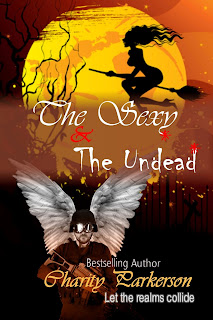 The Sexy & The Undead
A potion gone wrong, or right?

Single, unemployed, and in charge of her very own pet zombie, Ella Perry is cooking up trouble, and it’s raining men.

Ella has spent years searching for a cure for a zombie named Freddie. However, when an experimental concoction takes an unexpected turn, she gets a glimpse of the life she’s been missing by hanging out with the undead. 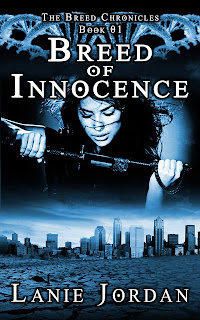 Breed of InnocenceOne goal: Hunt the demon that killed my family. Make that two goals: Survive.Six hours ago, men in dark suits and sunglasses came looking for me.Four hours ago, they offered me training to hunt the things that killed my family: demons.Two hours ago, I joined their secret organization–the CGE.Now… All I have to do is survive demon-hunting school.The classes won’t kill me, but the finals might.Warning: This book contains kick-ass (literally) demon-hunters in training, vampires (not the cuddly, marrying type), and sarcastic (and sometimes snarky) attitudes. No humans were eaten during the writing of this book. Bitten doesn’t count…right?
Lanie Jordan stalker links:
http://laniejordan.com
http://www.facebook.com/AuthorLanieJordan
http://twitter.com/Lanie_Jordan