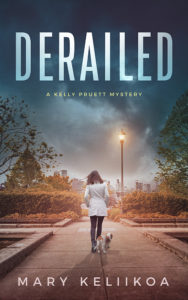 A dying wish. A secret world.

Can this grieving investigator stay on the right track?

PI Kelly Pruett is determined to make it on her own. And juggling clients at her late father’s detective agency, a controlling ex, and caring for a deaf daughter was never going to be easy. So she takes it as a good sign when a letter left by her dad ties into an unsolved case of a young woman struck by a train.

Hunting down the one person who can prove the mysterious death was not just a drunken accident, Kelly discovers this witness is in no condition to talk. And the closer she gets to the truth the longer her list of sleazy suspects with murderous motives grows.

On a crash course with a killer, she must piece together the puzzle of what really happened to the victim that rainy night, before her own fate is sealed and she loses everything near and dear, including her life.

Rose City, Stumptown, Rip City, PDX or Beervana – Call it by any of its nicknames, it still equals one gorgeous place, Portland, Oregon.

When many think of settings for a PI novel, they think New York, Chicago, Baltimore, LA and even Boston. But when I was recently asked why Portland to set the Kelly Pruett mystery series, the answer was easy—having lived in the area my entire life, there’s no other place I’d rather have my PI investigate from.

The protagonist in Derailed is the very tenacious PI Kelly Pruett who has recently inherited her dad’s agency which is located near where she lives in her childhood home: NE Portland. The area boasts the Rose Quarter, where the Trail Blazers play, and the Alberta District filled with shops and restaurants. NE also contains both the City’s poorest and most affluent neighborhoods. Downtown is filled with high rises and corporate types, and a busy hub of mass transit. Across Burnside, which is known for the Portland Rescue Mission and its outreach program for the homeless, is the NW, which is the trendiest part of Portland with its Loft apartments and swanky shops. There’s even Japanese Gardens and beautiful hiking trails nearby.

But for all of the different areas of the city, there are also many wonderfully obscure aspects of what makes Portland intriguing. I thought I’d name a few so when you pick up DERAILED, you’d know why Kelly Pruett loves this city so much.

1) Donuts. Need I say more? Kelly loves them (so do I) and PDX is home to the wildly creative and delicious VooDoo Donuts. Maple bars with bacon are a popular choice. Weird, but oh so good.

2) Keep Portland Weird! Yes, they really say that, and we are a little bit. We even have organized Naked Bike Rides. We’re not the only city that hosts these, and they offer a good message of body positive and bringing awareness to our dependency on oil. Still—brrrr.

3) Portland has the highest number of strip clubs per capita. We even have a Vegan strip club where the strippers are only allowed (or allowed to remove?) clothing not made from animals.

4) While Portland is now known for its hipsters and what they call “crunchy” (extremely liberal and environmentally-friendly) sorts, historically Stumptown was a shipping port. Legend has it that old Portlanders would kidnap drunks from the strip clubs and ferry them through the tunnels of the city and force them to work as sailors on ships China-bound. The act was known as Shanghaiing.

5) Those Shanghai Tunnels remain today and are even said to be haunted. Seems like a great place to create some intense scenes in any mystery! (They may even show up in Kelly Pruett’s Book 3 😊)

6) On a lighter note, Kelly Pruett loves her wine and Portland is nestled in the Willamette Valley, a wonderful Pinot wine-producing region.

7) She’s also been known to order a beer when sitting at a bar and interrogating the bartender. Since Portland ranked Best Beer City in the World, it’s a fine City to do just that.

8) Per capita, Portland also has gone back and forth with Seattle on the most coffee roasters and cafes. As a self-proclaimed coffee addict, Kelly couldn’t imagine living anywhere else for that fact alone.

9) And who doesn’t love food! Kelly has a thing for Italian and peanut butter. With the amount of food trucks that grace the city, food is easy to find. In fact, Portland rivals New York in this foodie fact.

10) But probably one of the best aspects of Portland—it is dog friendly. With numerous dedicated dog parks, to restaurants and hotels that allow our furry friends, Portland is rated one of the top pet friendly cities in America. Since Floyd, Kelly’s Basset hound and often the only real man in her life, goes most places with her, this is indeed a plus.

Like Kelly Pruett, I love this City. The Willamette River runs down the center separating the west and east portions, Mt. Hood graces the sky, and parks and greenery take up entire blocks right in the middle of the hustle. But for all its beauty, it is a city where crime is committed, secrets are kept, and drugs are traded. And a PI can find plenty to keep herself busy.

What do you love about your City? 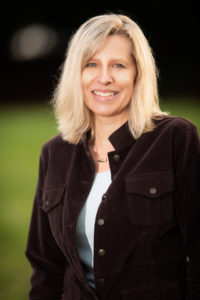 Mary Keliikoa spent the first 18 years of her adult life working around lawyers. Combining her love of all things legal and books, she creates a twisting mystery where justice prevails. She has had a short story published in Woman’s World and is the author of the PI Kelly Pruett Mystery Series.

At home in Washington, she enjoys spending time with her family and her writing companions/fur-kids. When not at home, you can find Mary on a beach on the Big Island where she and her husband recharge. But even under the palm trees and blazing sun she’s plotting her next murder—novel that is.