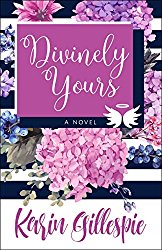 Skye Sebring is a hospitality greeter inside the pearly gates of an unorthodox Heaven, where carefree and lusty angels get tipsy in the Live A Little Lounge, practice cloud art, and are guided by a brassy female deity who sounds and looks like Bette Midler. During the course of her duties, Skye meets lawyer Ryan Blaine, who has a brush with death due to a motorcycle accident.

It’s not Ryan’s time to die yet, so he returns back to Earth, but Skye can’t get him out of her mind. Why does Ryan seem so familiar to her and why does she feel an unexplainable attraction to him? She begins spying on Ryan’s life from her perch in heaven and even manages to follow him down to Earth. There she finds a world very different than Heaven, where drinking too much champagne results in hangovers, roses can prick fingers, and hearts are capable of being broken. All seems lost until she remembers that most of life’s lessons can be learned from the lyrics of five Beatles songs and one of the Fab Four’s songs might actually help win her the love of a lifetime.

Divinely Yours is a celestial romantic comedy about a love that crosses all dimensions.

Skye Sebring here. I’m a greeter in the Hospitality Department of Heaven and the main character in the romantic comedy novel, Divinely Yours. I see dozens of dead people daily, who come to me to get oriented into Heaven. Naturally many are upset to be deceased, so I always keep Tranquility in a Can in my desk and spray my clients whenever they become overly emotional.

Heaven is not like most people expect. Here angels lust, drink and follow terrestrial celebrity gossip. Some people might find that a little blasphemous but I enjoy it. God, by the way, is female and reminds me a bit of Bette Midler.

I’m very content to be in Heaven. Who wouldn’t? Everyone gets issued a device called Wishberry that delivers whatever you want.

But my perfect world is threatened when I’m chosen to go to Earth and even though it’s an honor, I have no interest in that planet. People bleed there, they experience pain and suffering and yes, hangovers. When I overindulge in champagne in the Live a Little Lounge, there are no consequences. I’m also required to attend Earth 101 classes, which teach the world’s greatest philosophies through five Beatles songs.

But there are problems! Ryan is married but it’s clear he’s not happy and it’s doubly clear that his wife has been hiding something pretty sinister.

Will Ryan and I get together? Well it is a romantic comedy so you can bet we will but along the way there’s humor, mystery and hopefully a bit of suspense. 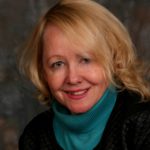 Karin Gillespie is the national-bestselling novelist and has also written for the New York Times, Washington Post and Writer Magazine. She has an MFA from Converse College and lives in Augusta, Georgia and is a recipient of a Georgia Author of the Year award.

One Response to “Divinely Yours by Karin Gillespie – Guest Post + Giveaway”