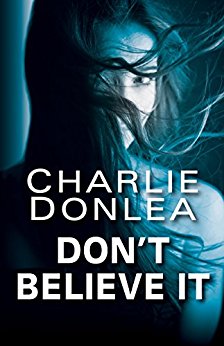 From acclaimed author Charlie Donlea comes a twisting, impossible-to-put-down novel of suspense in which a filmmaker helps clear a woman convicted of murder—only to find she may be a puppet in a sinister game.

The Girl of Sugar Beach is the most watched documentary in television history—a riveting, true-life mystery that unfolds over twelve weeks and centers on a fascinating question: Did Grace Sebold murder her boyfriend, Julian, while on a Spring Break vacation, or is she a victim of circumstance and poor police work? Grace has spent the last ten years in a St. Lucian prison, and reaches out to filmmaker Sidney Ryan in a last, desperate attempt to prove her innocence.

As Sidney begins researching, she uncovers startling evidence, additional suspects, and timeline issues that were all overlooked during the original investigation. Before the series even finishes filming, public outcry leads officials to reopen the case. But as the show surges towards its final episodes, Sidney receives a letter saying that she got it badly, terribly wrong.

Sidney has just convinced the world that Grace is innocent. Now she wonders if she has helped to free a ruthless killer. Delving into Grace’s past, she peels away layer after layer of deception. But as Sidney edges closer to the real heart of the story, she must decide if finding the truth is worth risking her newfound fame, her career . . . even her life.

A Caribbean resort. A grisly murder. A documentary filmmaker looking for answers.

In the early ‘90s, John Grisham published a novel called The Firm. In it, a shadyMemphis law firm routinely flew its attorneys to Grand Cayman for long weekends, putting them up in the firm’s beachside condo and allowing the overworked lawyers some R&R. In reality, the firm was sending its best and brightest to the tropics to launder mob money.

The book’s island scenes were so fabulous that by the time The Firm finished selling seven million copies, Grand Cayman had morphed from a little-known island that was a mere sixty-minute flight from Miami, to one of the Caribbean’s most sought-after tropical destination. Behind the scenes, Cayman bankers are still cursing Mr. Grisham for shining such a bright spotlight on the dirty business that takes place under the shade of the island’s palm trees.

The Firm, even this many years later, remains one of my favorite suspense novels. As an author, I pick the book up every so often to remind myself how to write great suspense. But despite my scholarly intentions of learning a little something new about fiction writing, every time I open the pages I’m drawn back to the pure joy of the Cayman Island passages—the sunsets, the beach, the Red Stripe beers. I spent my honeymoon in the Caymans because of that book, and have been back twice since. So, when I started my third novel – the story of a true crime filmmaker creating a documentary about a haunting murder that took place ten years earlier – I thought long and hard about where that murder should take place. I decided the Caribbean was the perfect location.

As a place known for blue skies and swaying palm trees, the Caribbean also has its fair share of crime. At least, it did in The Firm. I figured it would work for my story as well.

When Grace Sebold visits the luxurious Sugar Beach Resort in St. Lucia with her boyfriend, Julian, she expects long days lying on the beach, cool dips in the ocean, and romantic nights filled with rum and reggae. But when Julian’s body washes up on Sugar Beach with a devastating head injury the morning after he and Grace have a very public argument, the St. Lucian authorities quickly pin the crime on her.

Ten years later and having spent much of her adult life in prison, Grace reaches out to an old college friend who has become a renowned filmmaker known for helping the wrongfully accused. Grace puts her life into her friend’s hands, and agrees to partake in the filming of a true crime documentary that sets out to find the truth about Julian’s death.

Soon, The Girl of Sugar Beach is drawing millions of viewers who tune in each week to see what new developments will be revealed during the real-time serial documentary. As more and more secrets are unlocked about that fateful night in St. Lucia, the audience balloons to record-shattering numbers. But as the documentary gets closer to its closing episodes, the truth begins to emerge like a sunken Caribbean treasure, and everyone involved wonders if the truth is really what they’re all after, or if some treasures are better left buried.

If you like beach vacations, cold drinks, and the warm sun on your shoulders, then Don’t Believe It is right up your alley. Pull up a lounge chair, dip your toes in the sand, and get lost in the pages. Will Don’t Believe It do for St. Lucia what The Firm did for the Cayman Islands? I doubt it. But then again, just like the viewers of the documentary at the heart of the novel, you never know what’s coming next…

This book was like a behind-the-scenes book discussing the making of a documentary. It felt like seeing the ins and outs of a true-crime show being created. It made it a little hard to get into at the beginning since I wasn’t sure what to expect, but the author’s style grew on me. I wanted to know as much as everyone else, what actually happened. I think the unique storytelling made for an enjoyable book. 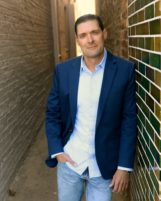 Charlie Donlea is the USA Today and International bestselling author of Summit Lake, The Girl Who Was Taken and Don’t Believe It. He resides in Chicago with his wife and two young children.

He spends a part of each year fishing with his father in the far reaches of Canada, where the roads end and lakes are accessible only by floatplane. These majestic trips to “God’s Country” inspired the setting for Summit Lake.

With so many choices of entertainment and countless other books to choose from, he thanks you for spending your time and treasure on his creation.