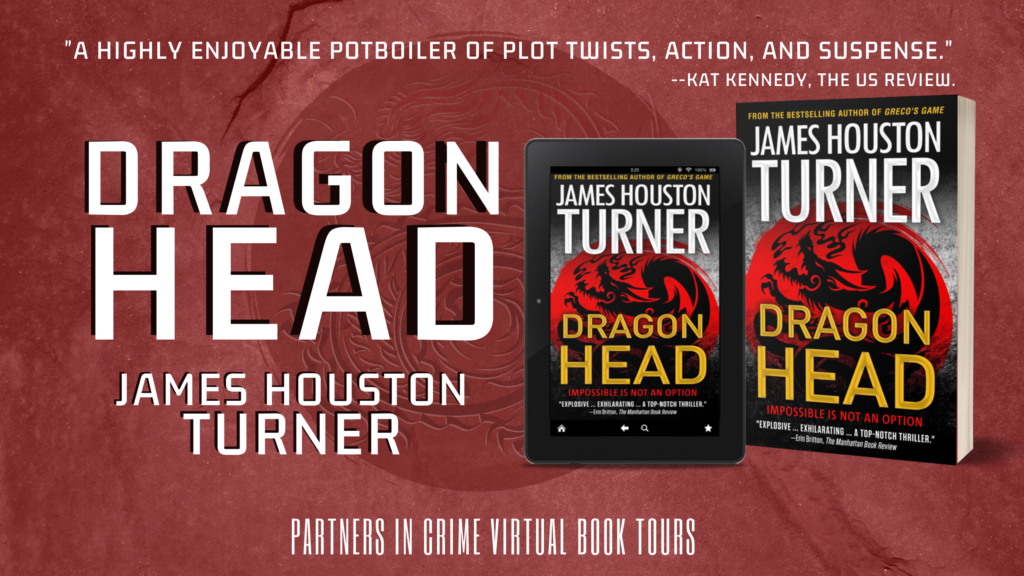 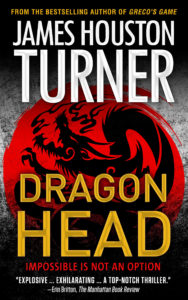 One-and-a-half billion dollars vanishes out of a numbered account into a cyberspace maze. But the thief who stole it lies dead on the tracks of Hong Kong’s Mass Transit Railway, his access codes having perished with him.

If it were simply a matter of missing money, the United States would not be concerned. But a Hong Kong crime boss named Dragon Head wants the money to fund an army of hackers, one of whom has already penetrated America’s GPS network. The result: a midair collision that kills more than a thousand people.

With national security at stake, the Director of National Intelligence becomes very interested in the whereabouts of that money. He wants the funds to remain lost. But Dragon Head wants them found. And Colonel Aleksandr Talanov is caught in the middle.

Both sides believe Talanov knows where the money is. But Talanov doesn’t have a clue. So both sides threaten to kill his closest friends unless he locates and surrenders the money. It’s an impossible situation when impossible is not an option, because whatever choice Talanov makes, someone will die.

One recurring theme in my Talanov thrillers is faith. It occurs lightheartedly and with the volume turned down fairly low, and never as a sermon, but merely as a value operating in the lives of one or more of the support characters who orbit around series hero, Aleksandr Talanov, who is a former officer in the KGB, or the old Soviet Union’s state security service and spy agency.

The Soviet Union, as many of you know, was a totalitarian empire that suppressed, oppressed, and murdered millions of people whom the government defined as “enemies of the state.” We’ve all heard how six million Jews were exterminated by Hitler during World War II. What you may not have heard is how many “enemies of the state” were exterminated by the Soviet Union’s Josef Stalin, who is responsible for killing between 20-40 million people. His methods of extermination included purges, labor camps/gulags, manufactured famines, torture, and mass executions. For example: 6-7 million people were killed by a manufactured famine between 1932-34; 4-6 million were exiled to the gulags; with another 1 million executed during the “Great Terror” of 1937-38. The list goes on.

This then is the world from which Talanov emerges as a former KGB colonel who saw through “communism’s peeling veneer” (as described in Talanov’s debut thriller, Department Thirteen) to become the deep cover spy for America, “November Echo” (as told in my novel by the same name).

As stated in my biographical paragraph, Talanov the fictional character was inspired by an actual KGB agent who once leaked word out of Moscow that I was on a KGB watch list for my smuggling activities behind the old Iron Curtain (cash, clothing, medical supplies, Bibles). His act of heroism – he could have been executed for what he did – gave me the idea of a good-guy KGB agent who became a spy of America.

I have often wondered what made him do it. Why would a KGB agent – a man whose actual name I still do not know – risk his life for someone he’d never met? The man, I later learned through a network of secret contacts, was a Christian. As the old saying does, “love is a verb,” and this man’s actions embodied that.

His kind of “action faith” had a profound effect on me. Thus, I wanted it to affect Talanov as well – his “character arc,” if you will – which is why I place someone like that in Talanov’s path.

It’s an important theme to me because faith has seen me through some tough personal crises of my own, including the death of a child and cancer. If faith is not real in the trenches – which is where the highs and lows of life occur – then what good is it? Faith needs to anchor us in the stormiest of times, not just when life is good.

In Dragon Head, my vehicle is Talanov’s old military drill sergeant and mentor, Zak, who was once a feared KGB operative but who now operates a community center in San Francisco. But Zak, like many of us, doesn’t have it all figured out. He thinks “turning the other cheek” means never taking a stand, which prompts this exchange between him and his adopted daughter, Jingfei, age nineteen:

“And I’m trying my best to be the peacemaker [says Zak] and not doing a very good job. I guess that’s because I’ve never been much of a peacemaker before, and I’m not sure how to do it. Back in the day, if someone caused us trouble, I’d break them in half. Problem solved. Then God came along and began teaching me a new way. A kinder way.”

“Kind doesn’t mean wishy-washy,” said Jingfei. “No woman wants a pajama boy. I mean, you don’t need to be a Neanderthal, either, but don’t be afraid to be a man. Women want men to be men.”
Zak drew back and squinted hard at Jingfei. “Since when do you know about men? Do we need to have the talk?”

Jingfei slugged Zak on the arm. “Ew, no, shut up!”

This, then, is how I’ve tried to keep the tempo of Dragon Head. Life in the trenches doesn’t always have to be serious, and I’ve tried to keep Zak’s struggle with faith realistic but fun. There are some emotional moments as well, but Dragon Head is an action thriller, and faith is but one of several colorful threads running through the fabric of the story.

What else is there, you may ask. Well, there is the bit about Talanov having to chase down a bomber on a bicycle through the streets of Washington, DC . . .

I hope you enjoy the ride! 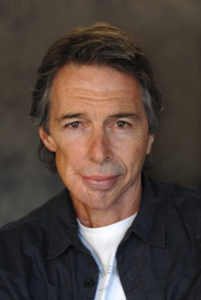 Winner of numerous awards, including “Best Thriller,” bestselling author James Houston Turner is known for his Aleksandr Talanov series of spy novels. Talanov the fictional character was inspired by the actual KGB agent who once leaked word out of Moscow that James was on a KGB watchlist for his smuggling activities behind the old Iron Curtain. “His act of heroism – he could have been executed for what he did – gave me the idea of a good-guy KGB agent who became a spy for America,” Turner explains.

A native of Kansas, James Houston Turner has been writing since he was ten. After earning his bachelor’s degree from Baker University, he moved to Texas, where he earned his master’s degree from the University of Houston (Clear Lake). He then headed west to California, where his love of writing turned into a profession with publication of The Spud Book: 101 Ways to Cook Potatoes. Publisher’s Weekly called it “A cookbook with ap-peel.” Between TV cooking tours, he worked as a journalist at the famed Los Angeles Union Rescue Mission, where he revised their magazine, Lifeline, from a needs-based ministry appeal to a collection of interviews from the streets about changed lives. Those interviews included numerous victims of human trafficking. The magazine won several awards.

During this time, James also worked as a smuggler into Soviet-occupied Eastern Europe, where he transported tons of food, clothing, Bibles, and medical supplies, to needy hospitals and churches. While there, he interviewed many heroes of death camps, gulags, Siberian exile, persecution, illness, hardship, and torture, including assassination squads.

James is also a cancer survivor after doctors in Australia removed a tumor the size of an orange from his face. “I was told if I lived eighteen months I would probably live to be one hundred. That was in 1991, so I am happy to report I am well on my way toward that goal. These experiences continue to influence my storytelling, whether in novels, or, now, in film. My stories are ‘overcomer stories,’ because that’s what I’ve had to do, and is why I want my stories to leave people with the same hope and faith that strengthened me.”

As a self-published author who made the deliberate choice away from traditional avenues, he has accomplished what he calls “the writer’s dream” with a film option on one of his novels, Greco’s Game. He is also one of a small handful of writers who can function both as a novelist and a screenwriter, with two of his screenplays having also been optioned, with production on his projects scheduled to begin in 2020.

After nearly twenty years in Australia, James and his wife, Wendy, now live in Austin, Texas.