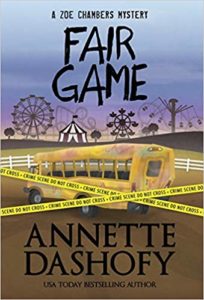 Paramedic Zoe Chambers hoped a week at the Monongahela County Fair, showing her horse and manning the ambulance, would provide a much-needed diversion from recent events that continue to haunt her.

An old friend, a bossy nemesis, and a teenage crush from her 4-H days fail to offer the distraction she had in mind. But ever the caregiver, she soon bonds with a troubled teen and a grieving father.

Back in Vance Township, a missing woman turns up dead, leading Police Chief Pete Adams into a journey through her mysterious final hours. With each new clue, the tragic circumstances of her death grow increasingly muddied.

A cryptic phone call leads Pete to join Zoe for an evening at the fairgrounds where the annual school bus demolition derby concludes with a gruesome discovery and a new case that may or may not be connected to the first.

Pete’s quest for the motive behind two homicides—and Zoe’s stubborn determination to reunite a family—thrust them both onto a collision course with a violent and desperate felon.

When Are They Getting Together?

Shortly after the publication of my second book, I started having readers approach me to ask when Zoe and Pete were going to get together.

My response was always a cryptic, “Keep reading.” In all honesty, I had no idea.

Zoe (Chambers) and Pete (Adams) are the main characters in my series. Zoe’s a paramedic, who also works for the county coroner, and Pete’s the township chief of police. Eight books ago, they had lousy romantic histories and didn’t want to risk their friendship by having the relationship grown into something more. This worked for the first book. As I mentioned, by the second one, readers wanted more.

Pete and Zoe danced around the subject for quite a while. One would be ready for something more, but the other wasn’t ready. Then they’d switch places. When they did get together, the morning after didn’t go well. Eventually, they gave up fighting the attraction and moved in together.

I thought that might satisfactorily answer my reader’s demands. It did not.

“When are they getting married?”

They’ve been living together at Pete’s house for a few books. Zoe’s conflicted about the rundown farm she now owns. She’s a country mouse. Pete’s a city mouse. For him, his home in a small Pennsylvania village is a compromise. For her, it’s claustrophobic. And Zoe has one secret she’s never revealed to him. I’ve known about it—and even hinted at it in the very first book—however, like Zoe, have felt no need to share something so painful. But she can’t…won’t…commit to Pete without coming clean. She’s in love with him and knows he loves her. And is content to leave it at that for now.

Chapter one of Fair Game opens:

Vance Township Police Chief Pete Adams shifted his gaze from the report he was working on to the small burgundy velvet box on his desk. He’d been in law enforcement for almost twenty years, half of that in the city of Pittsburgh. He’d faced down crack-heads and killers. Last spring, he’d even taken a bullet.
But nothing he’d ever experienced terrified him as much as what was inside that little velvet box.

Will they really get together? 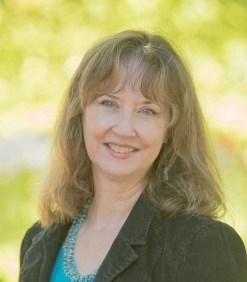 Annette Dashofy is the USA Today best-selling author of the Zoe Chambers mystery series about a paramedic and deputy coroner in rural Pennsylvania’s tight-knit Vance Township. CIRCLE OF INFLUENCE was a finalist for the Agatha Award for Best First Novel of 2014 and BRIDGES BURNEDwas nominated for the 2015 Agatha for Best Contemporary Novel.

7 Responses to “Fair Game by Annette Dashofy – When Are They Getting Together? + Giveaway”