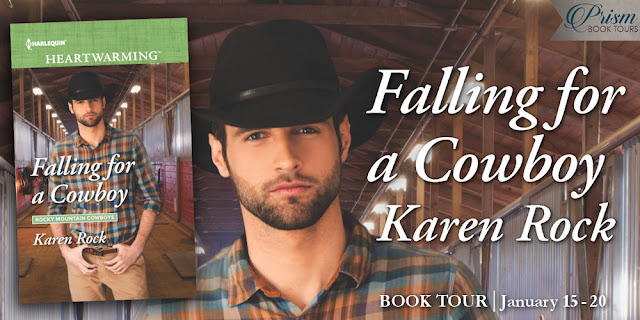 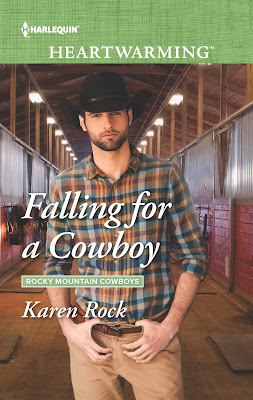 Doesn’t he get that she’s blind?

Barrel racer Amberley James wants to join the premier rodeo circuit more than anything, but she faces the ultimate hurdle when she loses her eyesight to a rare genetic condition. All she’d ever wanted seems out of reach. Giving up is the only option…until her best friend and local hero Jared Cade steps in. The last thing she wants is Jared’s help. But his persistence at encouraging her to get back in the saddle is ridiculously annoying. And undeniably inspiring…

Excerpt
A half hour later, Amberley and Jared finished the games designed to help Emily’s coordination and strength.

“How do I fly?” she asked as they led her and Harley around the ring.

“Close your eyes and stretch your arms out to the sides.” Jared moved, imitating the pose, Amberley guessed.

The firmness of Jared’s voice had the desired effect. “Okay, I’m ready.”

“Sure he can. You can do anything in your imagination.”

Amberley made a smooching sound that kicked up Harley’s gait so he high-stepped it around the ring.

“We’re crossing over the treetops now,” Jared said, his voice so full of wonder he nearly convinced Amberley this was really happening. “It looks like a green sea down there. The leaves are rustling, moving together like waves. Can you hear them?”

They completed one go-round, and Amberley signaled Harley to pick up the pace.

“Ladies and gentlemen,” Jared said in a comical imitation of a pilot’s voice, “we’re cruising at an altitude of ten thousand feet and blasting through the clouds.”

“White. Everywhere,” Jared answered. “Like spun sugar. If you stick out your tongue maybe you can taste it.”

“Good!” Jared crowed. “You’re using your imagination. The sun’s just ahead. It’s getting warmer. Can you feel it?”

A trickle of sweat wound down Amberley’s cheek at the exertion. She’d lost her stamina if this activity tired her.

“But not too hot. Remember, Harley can protect you,” Amberley assured her.

“But he’s not a real Pegasus.”

They neared the dismount stairs and Amberley pulled Harley to a stop.

“Just because he lost his wings doesn’t mean he’s not a Pegasus anymore.” Jared helped Emily off the saddle and down the stairs.

Emily threw her arms around Harley’s neck. “You’re a real Pegasus, Harley. You are.”

Harley’s head bobbed in a flash of black and silver, and Amberley smiled through the tears that sprang to her eyes.

Jared was right. Wings didn’t make a Pegasus. Working limbs, perfect eyesight…they didn’t make a human either. What we imagined and strived to be counted. Real strength rooted itself inside, where it mattered most. 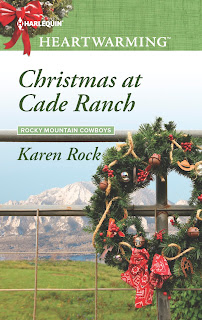 Christmas at Cade Ranch
(Rocky Mountain Cowboys #1)
by Karen Rock
Contemporary Romance
Paperback & ebook, 384 pages
November 7th 2017 by Harlequin Heartwarming
The Christmas they never had.
James Cade has one priority: keep the family ranch running smoothly in the wake of his younger brother’s death. With Jesse’s ex, Sofia Gallardo, and her young son, Javi, stranded at Cade Ranch over Christmas, this task just got a lot harder. The longer Sofia and Javi stay, the harder it is to imagine the ranch without them. James couldn’t save his brother from his inner demons, but he can give his nephew a secure future. Maybe more—if he can figure out how to trust Sofia, and stop feeling like he’s betraying Jesse. Because trying to stop thinking about beautiful, determined Sofia is impossible.
Goodreads│Amazon│B&N│Kobo│Harlequin
About the Author

– 1 winner will receive a $50 Amazon gift card along with print copies of HIS KIND OF COWGIRL, A COWBOY TO KEEP, and CHRISTMAS AT CADE RANCH by Karen Rock
– US Only