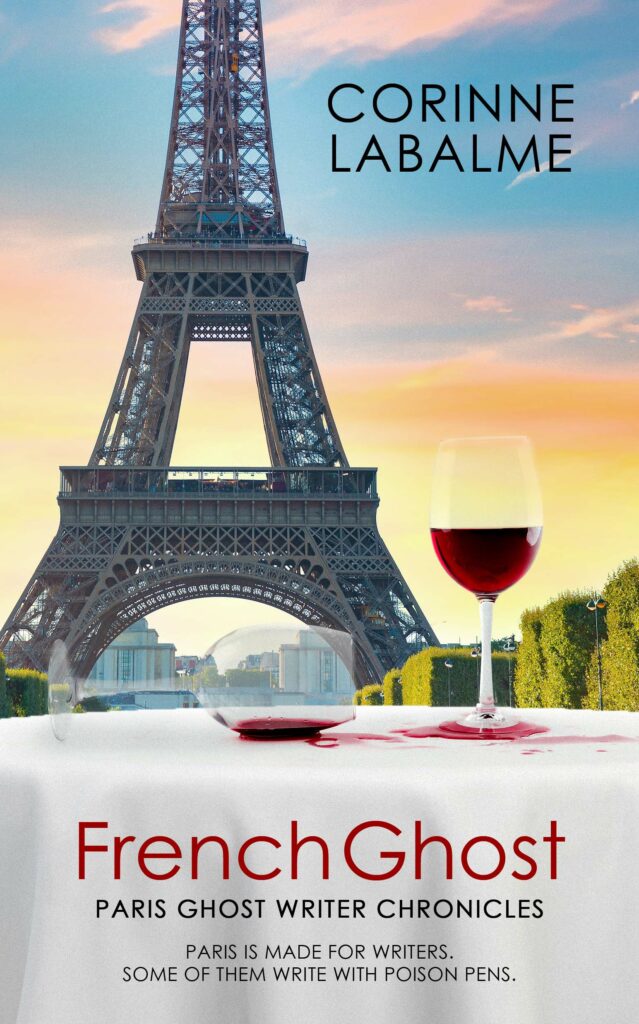 Ghost-writer Melody Layne is stranded in Paris when the over-sexed but unloved French movie star who hired her to produce his memoir accidentally drowns before the interviews begin. It’s a major financial relief when his enigmatic Spanish son re-hires her, but the seductive Carlos Ortega is strangely silent about his reasons for funding a feel-good bio about a father that he clearly despised. There’s enough amour in the air for Melody to ignore this apparent paradox… at least until she uncovers a hidden cache of death threats addressed to the actor. For the French police, the sexy, secretive Spaniard – and sole heir to the actor’s immense fortune – is suddenly a prime murder suspect. Can Melody’s research into the Ghosts of Carlos-Past be enough to save her lover from prison?

My first jobs after college (incredibly useful art history degree) were in the New York fashion industry (modeling, working for designers). When I gave up on my Greenwich Village walk-up (after realizing that I couldn’t bear to smoosh the cockroaches in my shower because they were a ‘family’), I cut out to Paris where I became Fashion Editor for the English language magazine PASSION.

The cinema figures in FRENCH GHOST are loosely based on stars I’ve interviewed (and been groped by); the restaurateurs in Book 2 (FRENCH TOAST) are drawn from the lovely, often impractical, chefs I met through LA BELLE FRANCE.

I suspect that Book 3 will toss Melody Layne into the cut-throat Paris fashion scene. May the Gods of Ghosting have mercy on her soul…

January 22 – Escape With Dollycas Into A Good Book – SPOTLIGHT