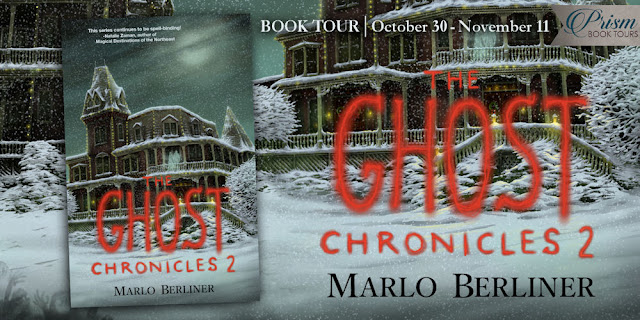 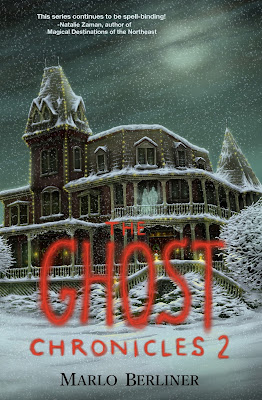 The Ghost Chronicles 2
by Marlo Berliner
Young Adult Paranormal
Paperback & ebook, 384 Pages
October 17th 2017 by Teddy Blue Books
**If you love ghost stories and the paranormal, then THE GHOST CHRONICLES series is the perfect new read for you!**
What’s there to fear if you’re already dead?
Plenty.
Michael and Sarah now know for certain, there is a destination after death.
They also know they better find their way out of the afterlife fast, before the devil claims Michael’s soul.
What they don’t know?
Before they can get to heaven…
they may just have to go through hell.
*Inspired by the legend of a haunting at the famous Angel of the Sea bed and breakfast in Cape May, NJ*
Goodreads│Amazon US│Amazon UK│Barnes & Noble

What’s there to fear if you’re already dead?
Plenty.
Come along with us as we continue to delve into what it might be like to be a ghost in the afterlife. Meet Michael and Sarah, learn more about the setting, feel a little romantic tension… We hope you enjoy what you find!

THE GHOST CHRONICLES 2 is a YA paranormal with adult crossover appeal and it is the second book in my Ghost Chronicles series. The story continues Michael’s ghostly adventures in the afterlife, now with Sarah by his side. Here’s the blurb for the book:

What’s there to fear if you’re already dead?
Plenty.

Michael and Sarah now know for certain, there is a destination after death.
They also know they better find their way out of the afterlife fast, before the devil claims Michael’s soul.
What they don’t know?
Before they can get to heaven…
they may just have to go through hell.

The setting for THE GHOST CHRONICLES 2 was inspired by The Angel of the Sea, an award-winning bed and breakfast in Cape May, NJ that I visited several years ago. This spectacular inn has been featured on several television programs and in magazines throughout the world. Most notably, it was chosen by Oprah Winfrey as one of the “Best Vacations in the World” and included in her television talk show. The Angel of the Sea is one of the most recognized Victorian structures in the United States. Legend has it that in the late 1960’s, a girl fell to her death at the Angel of the Sea and did at one time, haunt the inn. The story of the girl has been included in several non-fiction books about ghosts in Cape May. My heroine in THE GHOST CHRONICLES series, Sarah McConnell, was inspired by this legend. 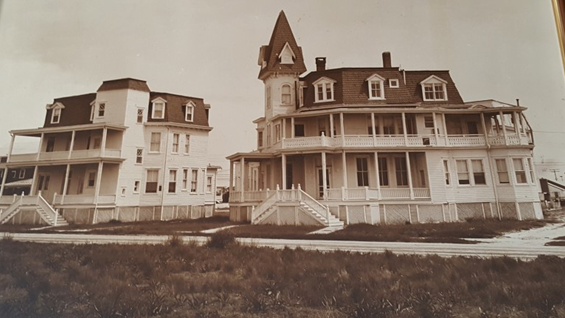 News stories about the death say that the young girl was an Irish exchange student rooming at The Angel of the Sea and working at the nearby Christian Admiral Hotel. The story goes that she returned to her room at The Angel to shower and change for church, but discovered she had left her keys at work. Since the Angel of the Sea was under renovation at the time, as you can see in the picture, she couldn’t find anyone around to open her door. She also didn’t have time to retrieve the keys back at work and still get ready, so she attempted to shinny along a ledge to get in through the window of the second floor, second building. But when she tried to pry the screen off it suddenly broke free, smacking her in the forehead and sending her tumbling to her death.For about fifteen years after her death, her playful ghost was believed to haunt The Angel of the Sea and the story has been written about in several non-fiction books about hauntings in Cape May. 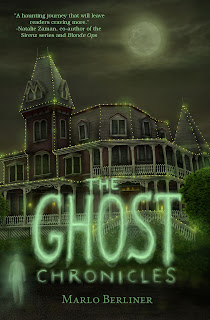 Can Michael get to heaven before the devil gets him first, and if it means leaving Sarah is he sure he still wants to go?

Michael Andrews had everything – a loving family, a great girlfriend and a promising basketball career. That was before the accident that took his life. Now, he’s a ghost, wandering among the living, struggling to understand why he’s stuck. All he wants is to move on.

That is until he meets Sarah, an attractive young girl who died just as tragically as he did. The only trouble is falling in love and binding oneself to another soul is forbidden, for it may keep one or both of the souls bound to earth for longer than they should be.

To make matters worse, there’s also a danger in going too far with Sarah, because the “joining” of two souls in the afterlife is also strictly forbidden and they don’t know what will happen if they do go that far. Each time they touch they can feel the boundaries of their energies slipping perilously into one another.

Things get even more complicated as Michael learns he’s being pursued. Demons are after him because he’s a marked soul, a soul the devil wants very badly for some unknown reason.

So, maybe falling in love in the afterlife isn’t such a good idea. 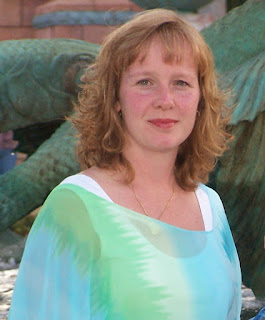 Marlo Berliner is the award-winning author of THE GHOST CHRONICLES, her debut book which was released in November 2015 to critical acclaim. Marlo writes young adult, women’s fiction, and short stories. Marlo is represented by Eric Ruben of The Ruben Agency.
When she’s not writing or editing, Marlo loves reading, relaxing at the beach, watching movies, and rooting for the Penn State Nittany Lions. After having spent some wonderful time in Pittsburgh and Houston, she’s now back in her home state of New Jersey where she resides with her husband, two sons, and a rambunctious puppy named Max.
Website│Goodreads│Facebook│Twitter│Instagram