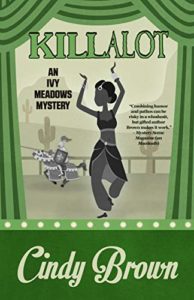 A jouster, a playwright, and a detective walk into a faire…but it’s no joke when one ends up dead.

Actress and part-time PI Ivy Meadows is thrilled when she learns that the famous playwright behind Hello Dolly Madison is in Arizona. Not so much when she realizes he’s a suspect in the murder of a Renaissance faire jouster.

As is her friend Riley. And about a thousand other people, all disguised in Renaissance costume during the fatal jousting match.

When Ivy is hired to investigate the killing, she goes undercover as a Cockney belly dancer at the faire and finagles her way into the playwright’s Kennedy-inspired version of Camelot—as Marilyn Monroe, no less.

Then, in the midst of her toughest case ever, Ivy has to solve another dilemma: Will she follow her lifelong dream of being an actor or settle down with the love of her life?

The murder investigation, the play, and real life come together in a twist that begs the question: Is there a happily-ever-after for anyone?

Since my newest book, Killalot, is set at a Ren Faire, I decided to offer up a Renaissance-era recipe. Thanks to the Internet, it’s easy to find authentic recipes from hundreds of years ago. And many of them are simple tomake, like this recipe for mulled wine or “Potus ypocras:”

Okay, simple to make if you have a translation, like this one from Gode Cookery:

It’s even simpler when someone (Gode Cokery again) modernizes the recipe, like so:

Bring the wine and sugar or honey to a boil; if using honey, skim off the scum as it rises. Taste for sweetness; add honey or sugar as necessary. Remove from heat, stir in spices, and allow to sit covered for 24 hours. After sitting, the spices will create a thick residue that will settle to the bottom. Using a ladle, pass the wine into another container through a strainer lined with 2 or 3 layers of cheesecloth to remove the spices, being careful to leave as much of the spice residue in the pot as possible. Bottle. Make at least 1 month before serving. The older it is, the better.

I have to admit, though, that I like my mulled wine hot (and I am too impatient to wait a month to drink it), so I like the recipe below, even though it’s not authentic to the Renaissance period (oranges were rare and expensive until the 20th century):

• Combine everything (including the zest and juice from the orange) in a large saucepan, bring to a boil and simmer over low heat for 10 minutes, or put in a slow cooker on low for 30 minutes to an hour.

From Cindy Brown, author of the Ivy Meadows mysteries 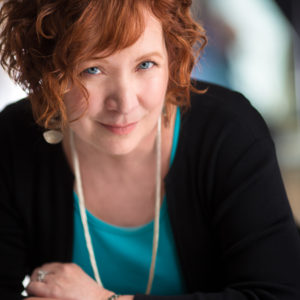 Cindy Brown has been a theater geek (musician, actor, director, producer, and playwright) since her first professional gig at age 14. Now a full-time writer, she’s lucky enough to have garnered several awards (including 3rd place in the 2013 international Words With Jam First Page Competition, judged by Sue Grafton!) and is an alumnus of the Squaw Valley Writers Workshop. Though Cindy and her husband now live in Portland, Oregon, she made her home in Phoenix, Arizona, for more than 25 years and knows all the good places to hide dead bodies in both cities.