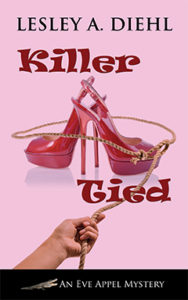 Eve Appel Egret is adjusting to married life with Sammy and their three adopted sons in Sabal Bay, Florida. While still running her consignment stores, she is going pro with her sleuthing by becoming an apprentice to a private detective.

Until her marriage, Eve’s only “family” was her grandmother Grandy, who raised her after her parents died in a boating accident. Now, in addition to her husband and sons, she has a father-in-law who clearly dislikes her. Sammy’s father, a full-blooded Miccosukee Indian long presumed dead, has emerged from the swamps where he’s been living like a hermit, and he isn’t happy about Eve’s marriage to his half-Miccosukee, half-white son.

As for Eve’s family, are her parents really dead? A woman named Eleanor claims to be Eve’s half-sister, born after her mother faked a boating accident to escape her abusive husband, Eve’s father. Then Eleanor’s father turns up dead in the swamps, stabbed by a Bowie knife belonging to Sammy’s father, Lionel. Strange as Lionel Egret is, Eve knows he had no motive to kill this stranger. In order to clear him, Eve must investigate Eleanor’s claims, and she might not like what digging around in her family’s past uncovers. 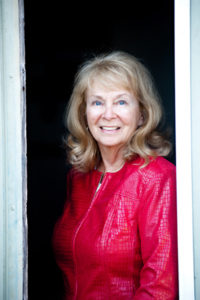 Lesley is a country gal through and through, from her childhood on a dairy farm in Illinois to college in a cornfield in Iowa, Lesley creates sassy, snoopy protagonists who embrace chasing killers in country settings. Lesley writes several series: the Big Lake Murder mysteries and the Eve Appel mysteries both set in rural Florida; the Laura Murphy mysteries located on a lake in upstate New York; and short stories, some featuring a few of Lesley’s unique relatives from back on the farm (Aunt Nozzie and the Grandmothers). She is inspired by an odd set of literary muses: a ghost named Fred and a coyote as yet unnamed. Killer Tied is the sixth mystery in the Eve Appel Mysteries. To read more about Lesley’s unusual and humorous cozy mysteries, go to www.lesleyadiehl.com.