Laughing Can Kill You: A Hazel Rose Book Group Mystery
by Maggie King

About Laughing Can Kill You 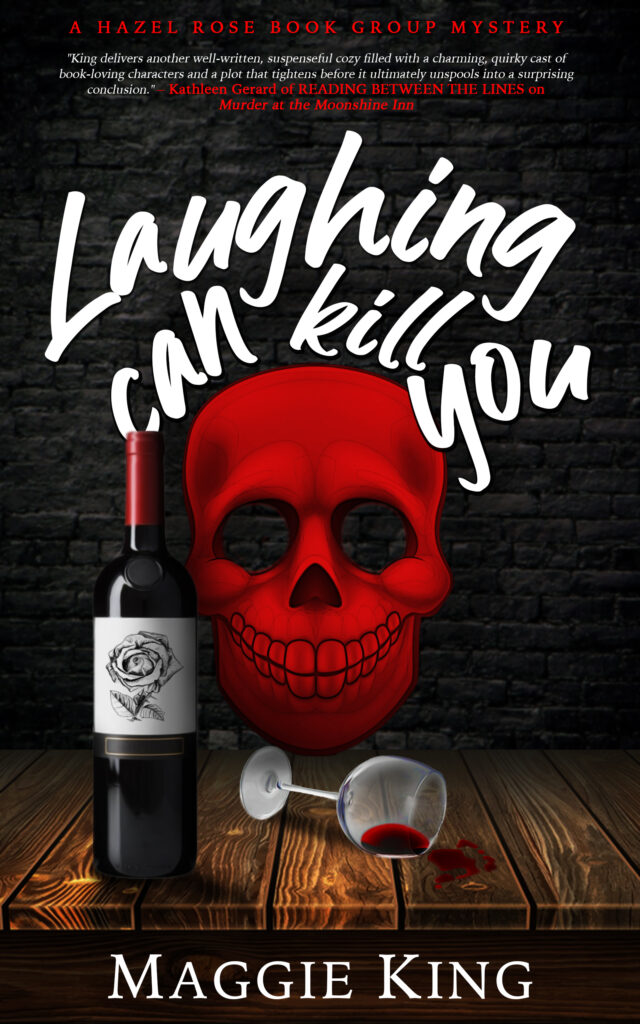 Laughing Can Kill You: A Hazel Rose Book Group Mystery

He who laughs last, laughs longest.

When romance author Hazel Rose is dropped by her publisher, she sees herself heading down a path strewn with has-been authors. While disappointed, Hazel won’t give up without a fight—she signs up for a mystery-writing class, thinking that crime fiction will jumpstart her career.

But what’s a mystery-writing class without a mystery? So when Randy Zimmerman, an obnoxious classmate given to laughing at others’ expense, is murdered, Hazel tackles the case. Solving a real-life murder will surely lend authenticity to her creative writing.

She recruits her book group pals to help with the investigation. Trouble is, there are more suspects than they bargained for—even Hazel herself, who endured Randy’s thumbs-way-down review of her writing, had a motive.

A second body drives the stakes higher, and Hazel doubles her efforts to find who’s behind the murders, unearthing secrets that a killer would go to any lengths to keep hidden.

Will Hazel succeed? Or will this be “The End” for her?

My name is Lorraine Popp, a second banana character (maybe third) in Laughing Can Kill You: A Hazel Rose Book Group Mystery. I’m a member of Hazel’s book group, and a student in the mystery-writing class Hazel and other book group members are taking.

Until a few years ago, I lived with my parents in my childhood home in Richmond, Virginia. When my dad died, my mother moved to a retirement home and I rented an apartment. Kind of a ratty place with no security, but the rent is cheap. I’ve overheard my mom call me an old maid. I recently turned fifty, and have no prospects in the marriage department, so I guess she’s right.

I published my debut mystery, Murder at the Quilting Bee, but it hasn’t sold well. Some say it’s because I don’t spend every waking minute on social media. No waking minutes, to be honest. I blame the quilting thing for my lackluster sales. I know nothing about quilting, don’t want to know about it, and didn’t want to write about it. Originally, I wrote one of those country house murders with lots of suspects, kind of like Agatha Christie. But my editor said country house stories were out and craft mysteries were in. And so I revised the story.

I visited a couple of quilting groups for research and didn’t like them. The people didn’t like me, either. You’d think quilters would be warm and hospitable. Not these quilters.

Hazel Rose is a wonderful person, but I wish she’d leave me alone. She means well, but she’s very pushy and I think she wants to be my mentor. Claudia Marlowe, our mystery writing teacher, talked me into having a signing at Barnes and Noble one day. I sat all alone at my table with my Hershey’s Kisses for company while Claudia had a line a mile long at her table—right next to mine. Then Hazel showed up, followed by this obnoxious guy, Randy Zimmerman. The mystery-writing class was due to start in three days, and Randy announced he’s one of the students. When he started tearing Hazel’s and my writing to shreds, laughing his backside off, Hazel got into it with him. I said nothing, hoping I could disappear, wondering if I could cancel the class.

Randy was killed that very night. Did he laugh at the wrong person?

A week later, Hazel and I met for lunch at a local Greek restaurant. As I expected, she had all kinds of suggestions about how I could create my “platform” as she calls it: Facebook, Twitter, Instagram, website, blog, on and on. Sheesh!

“It’s how you get your name out and get a following,” Hazel said.

“It takes too much time,” I said. “When am I supposed to write?”

“I know. It all takes time.” Hazel tried to sound soothing.

Hazel didn’t say she was investigating Randy’s murder, but I think she is. I know she’s played detective before. She wanted to know if I ever met Randy before that day at Barnes and Noble. She asked if I have an alibi for the time Randy was killed. I told her I was visiting my mother at her retirement home. I was.

But Hazel did have a great suggestion. I’ve worked with my mother on our family tree, and we found criminals! I had a great, great uncle who was a bank robber, and a great aunt who embezzled a fortune from her employer. I found news accounts of their crimes. Another ancestor was a midwife.

Hazel thinks I should parlay my genealogical interests into writing mysteries about financial crime, something historical, or set in the present with links to the past. I like the idea … and then my competitive side kicked in (it rarely does). Why don’t I play detective? I could use my genealogical research skills and hunt down Randy’s killer. Let’s see if I succeed before Hazel does.

How will I do? Read Laughing Can Kill You and find out. 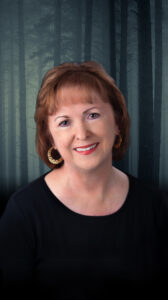 Maggie King is the author of the Hazel Rose Book Group mysteries. Her short stories appear in various anthologies, including the Virginia is for Mysteries series, 50 Shades of Cabernet, Deadly Southern Charm, Murder by the Glass, and Death by Cupcake.

She is a member of James River Writers, International Thriller Writers, Short Mystery Fiction Society, and is a founding member of Sisters in Crime Central Virginia, where she manages the chapter’s Instagram account.

Maggie graduated from Rochester Institute of Technology with a degree in Business Administration and has worked as a software developer and a retail sales manager. She has called New Jersey, Massachusetts, and California home. These days she lives in Richmond, Virginia, with her husband and two indulged cats. When Maggie isn’t writing she enjoys reading, walking, cooking, traveling, movies, British TV shows, and the theatre. Visit Maggie at www.maggieking.com

January 27 – I Read What You Write – AUTHOR INTERVIEW