Today we’re excited to share the Teaser Tour for Lost Souls, book two in the Pendragon Chronicles, which can be picked up at the pre-order price of $2.99 and, if you haven’t yet joined Jake Winters on his thrilling journey, you can pick up The Rain, book one in the series, for the limited time offer price of 99c. Pendragon Chronicles is an adult dark urban fantasy series. Lost Souls releases March 31st, 2016. 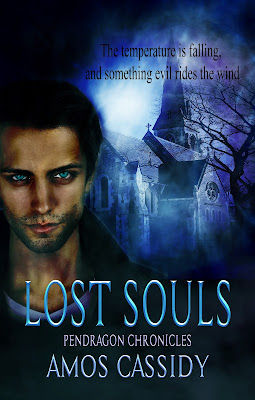 The temperature is falling, and something evil rides the wind…

A relative calm has settled over Longbrooke since The Artist’s demise. Jake and Ivy distract themselves from their grief by keeping the coast clear of minor beasts, while Dean works to maintain
the facade that Crystal is still alive. With the festive season almost upon them, the gang want nothing
more than to creep silently into the New Year. But a storm is brewing in the sleepy little town, and Jake will soon discover that the calm before the storm can be destructively deceptive when it hits, no one will be left unscathed.

Character Bios
Jake Winters
Star Sign: Pisces
Jake is a writer who is obsessed with tea, like seriously addicted to it, and loves to curl up with a steaming mug of it with a book by Neil Gaiman in his hand.

Although a Londoner through and through, hailing from the London Borough of Hackney Jake can’t see himself going back there in a hurry. Too many ghosts, too much heartache. No, he’ll stick to Longbrooke and enjoying the company of his new friends (and drinking copious amounts of tea).

Ivy is the kind of girl that’ll bawl you out for being a dick and then give you her last choccy biscuit to take you feel better. She loves tea , especially if Jake’s making it, and won’t say no to a slice of cheesecake.

Greg Stone
Star Sign: Sagittarius
Greg is the man! He loves working with his hands, chilling with his mates and a quiet night in with his favourite girl, Crystal; although he won’t admit they’re serious 😉

Greg has a soft spot for Jake’s tea, Jake’s house and…well, Jake. A loyal friend and great company in a crisis, Greg is the guy that’ll give you the shirt of his back if you needed it.

Dean Moore
Star Sign: Gemini
Dean is from Sheffield, minus the accent, and in Longbrooke on Karla’s request to help out with the new ‘situation’ with his unique abilities. He is Jake’s lodger and boasts a rather interesting piece of body jewellery…

Don’t miss out on book one, The Rain! 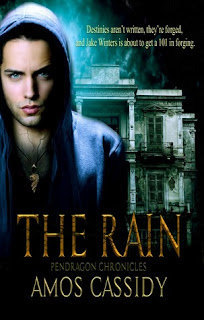 On sale now for only .99c on Amazon!
Goodreads 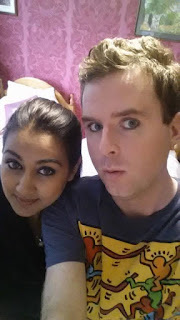 Amos Cassidy is the pen name for Richard Amos and Debbie Cassidy. Amos is a 32 year old Diva and Cassidy a 39 year old mother of three; well, four if you include the husband. A common love of all things Joss Whedon, Urban Fantasy, and a tug of war over Jensen Ackles, brought them together, and one cold February afternoon, over nibbles and coffee, their partnership was born.

You can find Cassidy hard at work in her fortress of solitude which has eaten up the majority of her garden, and Amos…well he’s still trying to get the invisibility gizmo he got off a friendly alien in exchange for a pair of earphones to work. Funnily enough he hasn’t been seen around much lately…

Frequent doses of Sugary snacks, coupled with regular injections of caffeine aid in their production of a unique brand of cross genre tales. They are always writing, but are happy to take a break to chat to their wonderful readers, so drop them a line at amoscassidy.com, or just pop over to see what they’re working on and they’ll bust out the biscuit tin.

Website | Facebook | Twitter | Instagram
***
GIVEAWAY:
$25 Amazon gift card & digital copies of Aurora and Hawthorn by Amos Cassidy (INT)
Ends 4/6
Prizing is provided by the author, hosts are not responsible. Must be 13 or older to enter and parental permission if under 17. Void where prohibited by law. No purchase necessary to win.
a Rafflecopter giveaway

This event was organised by CBB Book Promotions.