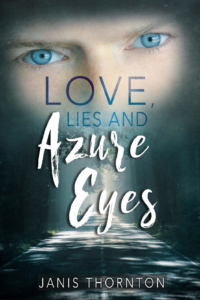 Elated by Annie’s response, Johnny caved to his impulse and pressed his mouth to her sweet lips, sparking a surge of electricity that ricocheted through his entire body, and for one glorious moment swept him up in a wave of emotion that meteorically whisked him to the edge of the universe, past swirling spirals of brightly burning stars — white dwarfs, red giants, entire galaxies. Caught in the rapture, he shed his cocoon of darkness and experienced the light — the wonderful, warm, life-affirming light. He reveled in it, felt alive. He almost believed he was. Almost.

West Coast journalist Annie Sinclair’s career, not to mention her love life, has been on the skids far too long, when she returns to Logan Point, her small, Indiana hometown. She’s back to make amends with her elderly father, and to delve into the 25-year-old, unsolved murder of her high school classmate for a writing gig with a national tabloid.

Annie’s plans soon go awry, and her mettle is tested — first when her father warns her against digging into the past; and again, when she meets the Logan Point Ledger’s handsome, but exasperating, new editor; and again still, when she reconnects with her first love, who clearly wants to rekindle what once was.

But Annie’s most arduous test appears in the form of the earthbound spirit of a boy she once knew — the boy with the azure eyes accused of the murder she is looking into. He needs her to prove his innocence, so he can break the ties that bind him to the darkness. In exchange, he will set Annie free to realize that the love she yearns for is just within her reach … if only she will open her heart.

Do you believe in ghosts? Yes, as long as they do their part.

Recently, I was fortunate to sit on an author panel moderated by the wonderful, bestselling mystery novelist Nancy Pickard. She asked each panelist about their latest books, and when it was my turn, I explained that “Love, Lies, and Azure Eyes” was inspired by an unsolved murder in my hometown in the mid-1960s and that one of the main storylines involved liberating the earthbound ghost of the boy wrongly accused of the murder.

That prompted an unexpected question from a woman in the audience: “Do you believe in ghosts?” She had caught me off guard. “I want to,” I replied, “but I’ve personally never experienced one.”

While scientific evidence doesn’t support the existence of ghosts, I have many friends who swear they’ve experienced encounters with spirits. Even Nancy Pickard shared one of her own.

Because so many people that I know and respect have reported first-hand encounters with apparitions, I try to approach the supernatural with an open mind, more or less. In fact, I never tire of hearing about other people’s hauntings and will even admit, with a bit of embarrassment, that I have tuned in the History Channel’s “Ghost Adventurers” Saturday night marathons more than a few times. Just for fun. But better still, I am friends with two well-known, Indianapolis-based ghost investigators and joined them on a couple of their ghost walks. Although I must point out that I personally did not see or sense anything attributable to the “unseen,” others on the tours claimed they did, and one even captured a photo of an otherwise invisible fuzzy white fog with their cell phone camera.

Whether one personally believes in ghosts or not, the notion that dead people are crossing back to the realm of the living is undeniably compelling. I like to think it can happen, not to scare us but, rather, to deliver warnings or offer comfort. Two classic movies I love — “Ghost” and “The Ghost and Mrs. Muir” — integrated earthbound spirits with a purpose and influenced me when I was working out the premise of “Love, Lies, and Azure Eyes.”

Both of the ghosts in my book, like Patrick Swayze’s character in “Ghost,” have issues they must work through before they can cross over. One of my ghosts is 18-year-old Shelayne Goodnight, who can’t move on in the afterlife until the identity of her murderer is revealed. The other is Johnny Lange, the boy wrongly accused of killing her, who must remain tethered to this side of life until he proves his innocence. And like Rex Harrison’s sea captain role in “The Ghost and Mrs. Muir,” Johnny is in love with a living-breathing woman, who, in my story, is the protagonist, Annie.

So, returning to the question, “Do I believe in ghosts?” Absolutely, I do — provided they are irresistible, fully fleshed out characters with a haunting backstory, compelling mission, and magical charisma that will keep readers turning pages into the wee hours of the night, and make it impossible to lay down the book and turn off the light. • 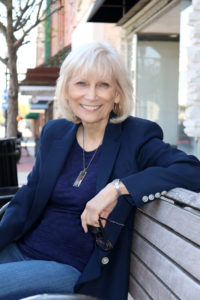 Janis Thornton is the author of a true crime/oral history/memoir, Too Good a Girl, as well as two cozy mysteries, Dust Bunnies & Dead Bodies and Dead Air & Double Dares. She also is the author of two local history books and contributor to Undeniably Indiana. She is a member of Sisters in Crime, the Authors Guild, and the Indianapolis Writers Center. She lives in her Indiana hometown in the same house where she grew up.