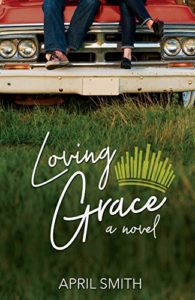 Grace Summer lands herself in a melon load of trouble when she becomes torn between the boy of her dreams and the boy almost next door.

As the newly crowned Watermelon Queen, she is thrust into the spotlight, meets the dreamy Warren Hartley, and continues trying to get over an accident that rocked her world. Mix in working with Beau Baron who Grace happens to fight with just about as much as breathing and the metaphorical sparks fly.

Like most things in life, Grace must learn to take the good with the bad. While the good is the handsome and fun Warren Hartley, the bad is Beau Baron—or at least being around his annoying and rude self way more than she would like. For Beau, Grace is nothing more than aggravating and an irritating reminder from the night of the accident.

Tensions soar as Grace and Beau fight to love themselves and maybe, just maybe, each other.

We head back to the convention center to find Bennett and Beau. My first official duty as queen is to start off the watermelon ball with a waltz. Earlier today, all the contestants got a crash course in waltzing. Some girls were quick studies. Me? Not so much. I made Bennett practice with me for another hour before I felt comfortable following the waltz dance pattern. I look for Bennett, but Beau is waiting for me instead.

“He’s busy being the dirt doctor,” he says while offering me his hand. “I told him I’d fill in.”

I give him my hand and let him lead me to the dance floor, trying not to panic. I felt comfortable with Bennett. He would have helped me through the steps.

“Try not to step on my foot like you did in sixth grade,” he says, while we take our positions and wait for the music to start.

“Uck, it was you who stepped on my foot,” I remind him just as the music starts, and Beau whisks me across the dance floor.

“Either way, lucky for you, Mom made me learn how to waltz last winter before Dad became the association’s president.” 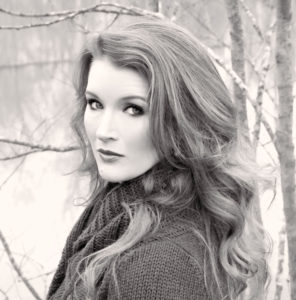 April Smith grew up spending summers working on her best friend’s family watermelon farm and she was one of those watermelon queens she writes about. She has her undergraduate degree in Elementary Education and a Master’s Degree in the Art of Teaching. 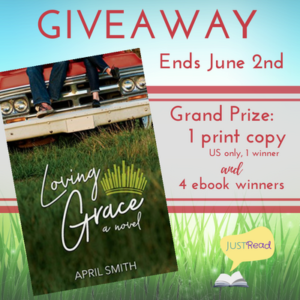