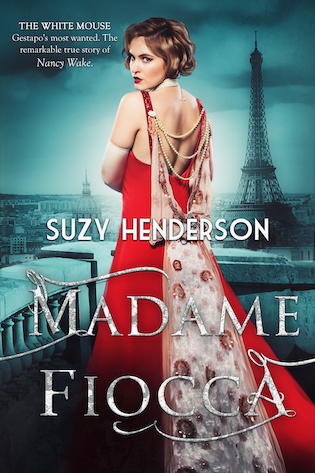 A must-read gripping adventure based on the true story of Nancy Wake, Gestapo’s most wanted. Soon to be a major feature film.

February 1933: Nancy Wake is a gregarious twenty-year-old looking for adventure. Having fled her unhappy family home in Sydney, she becomes a journalist and is thrilled when she is posted to Paris. The city is glamorous, brimming with journalists, artists, and a growing number of refugees.

Later, in the French Riviera, she uncovers more than news following a chance encounter with wealthy industrialist, Henri Fiocca. Their relationship blossoms as Hitler makes waves across Europe. While on an assignment in Vienna in 1938, she witnesses Nazis whipping Jews on the street and she vows to fight for justice if ever the opportunity arises.

When Henri is called to the Front to fight, Nancy, determined to help the war effort, joins the Red Cross as an ambulance driver. Every day she witnesses atrocities. When Paris falls, Nancy flees the German oppressors and returns to Marseille.

A chance encounter with a British officer draws Nancy into the heart of the Garrow escape network, despite Henri’s reservations. Soon she finds herself caught in a deadly game of espionage.

As the iron fist of the enemy tightens, neighbours denounce neighbours. When the enemy closes in, Nancy and Henri face an impossible choice. Has she done more harm than good?

Based on a true story, Madame Fiocca weaves an extraordinary tale of survival and redemption in wartime.

I look forward to hearing from you and thank you for your time.

I turned to see several Milice running towards me. I pushed on, shoving people out of the way. I had to get through, had to flee, but as I heaved and jostled at the dense mass of people, there was little give in their ranks, and I realised the jig was up. A heavy hand on my shoulder lashed my spine with chills, and I froze, turning to face my captors who led me away to the trucks. Wild thoughts filled my head. Were they looking for me? I felt as if I was going to throw up, my skin cool, clammy. I swallowed and sucked in a breath.

The cell was dark, damp and empty. I glanced down at my grazed knees, stockings shredded from when the guard had roughly shoved me inside, and I’d fallen to the rough stone floor. Reluctantly, I sat on icy flagstones in a corner, legs outstretched. The metallic tang of blood filled my mouth, my bottom lip full and stinging like hell. The blow had been a shock, pathetic really as I ought to have expected it. How was I going to escape? I suddenly thought of the Maori midwife who had brought me into the world. ‘The spirits will take care of her,’ she’d told my mother. ‘Well, if you’re listening, help me, please.’ My side nagged and ached. It was one thing to slap a woman in the face, but quite another to punch her in the gut. The Milice enjoyed being able to rough people up, especially women. Blasted brutes. My mouth was dry, so dry, and there had been no offer of water or food, not that I was hungry. A sliver of honeyed light slipped in through the barred window above, stretching out a golden finger across the cell floor. Dawn. Soon, my captors would return.

I huddled tight in the corner, faced the wall where vivid green moss sprang like a sponge in clumps between the joints in the stone, the damp, mouldy odour filling my nose. I closed my eyes and thought of kinder times, of happier days with Henri. Our strolls through the Vieux Port of Marseille. Parties, my work friends, and finally, family. Dear Stan, still serving with the navy. How was he? Please, God, let him be safe. I thought of my sisters, Ruby and Gladys, and of the siblings I’d lost, Hazel and Charles. And Mum. I sucked in a deep breath, exhaling slowly. I screwed my eyes tight shut as I summoned their faces, and Henri’s. Beloved Henri. My vision swam as I tried to stifle the sob, my chest aching. Those bastards weren’t going to see me fall apart.

Somewhere above a door slammed, the noise crashed into the bowels of the building – the echo of footsteps. Milice HQ was awake, preparing to commit more cruel and inhumane acts.

Footsteps fell on the stairs leading down to my cell, a jangle of keys and a whiff of ersatz coffee. A young Milicien grasping an enamel mug and a small plate with a thin piece of bread and jam.

‘Good morning, Madame.’ He crouched down to open the small flap in the door of my cell and set the mug and plate on the stone floor. He shot me a glance, his mouth forming a weak smile. ‘Hurry, Madame, before they come for you.’ He stood up tall, stepped back and glanced nervously up the stairs.

He’d taken a risk for me. There was still some humanity. Well, I didn’t need prompting. I couldn’t remember how long it had been since I’d drank or ate. The bread was verging on stale, but the delicious strawberry jam made up for that, and while the ersatz had always been repulsive, right now it was heavenly. ‘Merci.’ Touched by his kindness, I passed the plate and cup through the flap.

The guard smiled, nodded briskly before heading up the stairs.

Within five minutes, two guards appeared, grabbed me roughly by the arms and dragged me upstairs to the grand office of the Vichy Commissioner, a plump man, probably in his fifties, slouched behind a grand, mahogany desk. He glanced up from a stack of papers and put down his cigarette. ‘Bonjour, Madame. Please, sit.’

The guard who had a vice-like grip on my left arm shoved me into a chair.

‘It would seem you’ve had a rough night, Madame.’ The officer stood up and walked towards the window.

A flash of red and black caught my eye at the window as the wind grabbed at the Nazi flags that shrouded the building, tugging them in anger. I’d already decided, just like yesterday, that I wouldn’t talk. I’d withstood the first beating and could do so again. 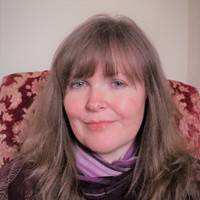 Suzy Henderson lives with her husband and two sons in Cumbria, England, on the edge of the Lake District. In a previous life she was a Midwife but now works from home as a freelance writer and novelist.

While researching her family history, Suzy became fascinated with both World War periods and developed an obsession with military and aviation history. Following the completion of an Open University Degree in English Literature and Creative Writing, she began to write and write until one day she had a novel.

She writes contemporary and historical fiction and is a member of the Alliance of Independent Authors. Suzy’s debut novel, “The Beauty Shop”, has been awarded the B.R.A.G. Medallion. Her next novel, “Madame Fiocca” will be published in December 2019.

One Response to “Madame Fiocca by Suzy Henderson – Excerpt & Giveaway”