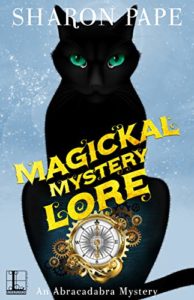 The New Camel Day Fair is a fun-filled event for residents of this upstate New York town. Kailyn Wilde, a modern-day witch of ancient lineage, leaves her potion shop, Abracadabra—and her feline familiar, Sashkatu—to attend with her fortune-telling Aunt Tilly. Joining them is legendary wizard Merlin, who’s discovering new pleasures of time-traveling to the modern world, including curly fries and kettle corn—but the appeal of the Tilt-a-Wheel is beyond his mystical imagination.

The real wild ride begins later, when neighboring sweet shop owner Lolly rushes into Abracadabra with news about a dead body. The victim has one of Lolly’s fudge knives stuck in her back, but in spite of the sticky evidence, Lolly is only one of several suspects with ample motive and opportunity. Meanwhile, Merlin’s research into old family scrolls and electromagnetic ley lines is causing some unusual mix-ups. As the two investigations collide, Kailyn will have to do everything in her power to prevent disaster…

Ever since Merlin crash landed in my niece Kailyn’s magick shop a year ago, he’s been staying with me. One day she may figure out how to send him back to his own time and place in history, but for now he seems content to enjoy the conveniences of twenty-first century life. When I opened my home to him, I thought it would be a wonderful experience to have the legendary wizard as my guest. In many ways that has proven to be true, but that’s only half the story. You see, Merlin is no longer a young man with a young man’s mind. He casts spells, but doesn’t always remember them correctly, causing all sorts of mayhem in our lives. There was the time he turned my Maine Coon into a bird. Thank goodness my dear departed mother was able to help reverse the spell.

I try to keep Merlin occupied and out of trouble, but I also have Tea and Empathy, my psychic readings/tea shop, to run. If I don’t watch the wizard, he’d eat every last pastry I bake for my high teas! I guess the baked goods back in medieval times weren’t up to today’s standards.

When I’m not working and the weather cooperates, I drag Merlin out for a walk. If left to his own devices, he would spend all day watching TV, playing around on the computer, and getting into mischief, like the time he used my credit card to buy me jewelry that nearly drowned me in debt. Modern finances are not his strong suit. At the court of King Arthur, he wanted for nothing. And if Arthur couldn’t fulfill his every wish, all he had to do was weave a spell to acquire it for himself. Of course those were the days when his memory was a lot better than it is today.

Merlin recently convinced me that his magick would improve, if he summoned a familiar. I should have known he’d want something more exotic than a cat. That’s when Froliquet, the marmot, came into our lives. She’s cugte and funny, but when she’s frightened she makes the most awful, ear shattering noise. Wherever Merlin goes, he insists on taking Froliquet along using a halter and leash designed for a dog. Unfortunately the marmot’s body is different from a dog’s. On our last outing, she pulled out of the contraption and took off after a woman, who was terrified and reported the incident to the police. It seems marmots aren’t allowed to reside in houses in our town. You wouldn’t believe what we had to do to keep the police from taking her away! 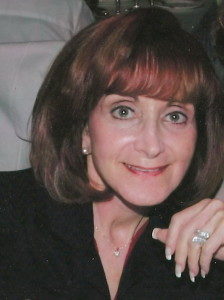 Sharon Pape describes her writing career as having two stages. Back in the dark ages, before computers were in every household, she had three paranormal books published. The first one was condensed by Redbook Magazine, the first paperback original they had ever condensed. Around the same time, Redbook published her first short story.

Then life brought her an unexpected challenge that went by the name of breast cancer. When her treatment was over, she became a volunteer for the American Cancer Society’s Reach to Recovery Program and went on to be the program’s coordinator for Nassau and Suffolk Counties on Long Island. Several years later, with the help of her surgical oncologist and two other survivors, she started her own not-for-profit organization to provide information and peer support to newly diagnosed breast cancer patients.

Once the organization was running smoothly and didn’t require as much of her time, she returned to her first love – writing. During this second stage of her career, she’s been writing cozy mysteries with a paranormal twist and a splash of humor.