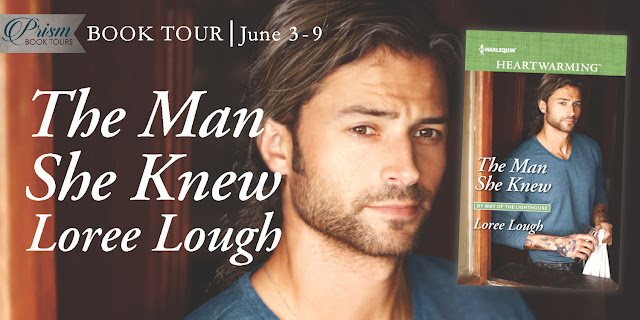 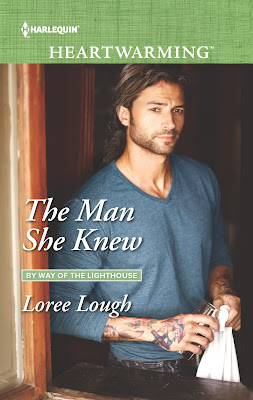 The Man She Knew

(By Way of the Lighthouse, #1)
by Loree Lough
Contemporary Romance

Don’t they both deserve a second chance?

Fourteen years ago, one reckless act cost Ian Sylvestry everything, including the girl he planned to marry. Since then, he has fought hard to turn his life around. Returning to his Baltimore town after serving a prison term was the first step. Winning back Maleah Turner’s trust is a far more daunting challenge. From their first sparks-flying reunion, it’s obvious they still have powerful feelings for each other. In fact, they might be even stronger together now. But if their second chance is going to work, Maleah has to believe that Ian is a changed man. She really wants to believe…but she simply isn’t convinced.

Q: So Ian, tell us what led up to your arrest…
A: I was a dumb kid with a big chip on my shoulder. After my mother ran off to England with another guy, my dad turned to alcohol to hide from what she’d done to us, leaving me to pretty much raise myself.

Q: And that’s how you got involved with what you’ve referred to as “some bad dudes”?
A: It makes no sense to me now, but back then, they were like brothers, there for me no matter what.

Q: So when they came up with the idea to rob a convenience store…
A: I knew it was wrong, but went along with them, anyway. Bad decision. Because it cost me, big time.

Q: With time in prison…
A: And the guilt over all the people I let down and hurt.

Q: People like Maleah?
A: Especially Maleah. I was sure I’d lost her for good. And then, years after my release, there she was at a holiday party held at my bistro, looking gorgeous as ever—in the arms of another man. But she looked past all the other dancers. Looked right into my eyes. And for a second, I had hope that maybe with time and hard work, I could earn back her trust…

Interview with Maleah Turner:
Q: So we hear that your first encounter with Ian, after his release from Lincolnwood, was during a holiday party?
A: That’s true. And you could have knocked me over with a feather. I’d thought about him, hundreds of times over the years. Wondered how he was faring in that awful place. That first glimpse of him, I knew: Prison life hadn’t been easy for Ian. It showed on his face—oh, he was as handsome as ever—but he looked…changed.

Q: Too much to pick up where you’d left off?
A: I certainly thought so that night!

Q: But you didn’t speak that night…
A: No. When the dance ended, I thought about approaching him. But between my date’s nonstop chatter and the party, itself, I never got around to it.

Q: That first face to face encounter…What was it like?
A: My heart was beating so hard, I thought it would crack a rib! Hearing his voice, looking into those amazing eyes of his… If I hadn’t been in a crowded room, surrounded by the people I work with and people who’d volunteered for the Institute’s annual charity event, I would have found an excuse to leave.

Q: How did your family react to Ian’s re-entry into your life? We know they weren’t too crazy about him, even before the arrest…
A: They were understandably upset. Which only added to all the questions whirling in my head: Had he really changed, or had Ian just learned the art of faking it while in prison? Even if he had changed, could I ever trust him again? And if I could, how would I ever convince my family that he deserved a second chance? To be honest, it all seemed too much effort… 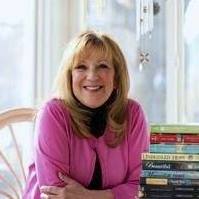 Bestselling author LOREE LOUGH once sang for her supper, performing across the U.S. and Canada. Now and then, she blows the dust from her 6-string to croon a tune or two, but mostly, she writes novels that have earned hundreds of industry and “Readers’ Choice” awards, 4- and 5-star reviews, and 7 book-to-movie options. The Man She Knew, #1 in her “By Way of the Lighthouse” series, her 3rd for Harlequin Heartwarming, is available at Amazon, Barnes and Noble, and Harlequin.com.