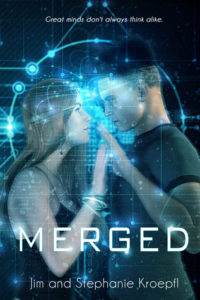 Seven of our country’s most gifted teens will become Nobels, hosts for the implantation of brilliant Mentor minds, in an effort to accelerate human progress.

But as the line between what’s possible and what’s right, draws ever blurrier, the teens discover everything has a cost.

Scientists have created an evolved form of living known as Merged Consciousness, and sixteen-year-old Lake finds herself unable to merge with her Mentor.

Lake, the Nobel for Chemistry and Orfyn, the Nobel for Art, are two from among the inaugural class of Nobels, and with the best intent and motivation. But when Stryker, the Nobel for Peace, makes them question the motivation of the scientists behind the program, their world begins to unravel.

As the Nobels work to uncover the dark secrets of the program’s origins, everyone’s a suspect and no one can be trusted, not even the other Nobels.

As the Mentors begin to take over the bodies and minds of the Nobels, Lake and Orfyn must find a way to regain control before they lose all semblance or memory of their former selves.

Depending on your point of view, I’m either famous or infamous. I’m called by many names: Ward of the State, Orphaned, Foofool (only by Sister Mo), and Kevin. That last one makes me feel like I’m wearing someone else’s clothes. Tight and loose in all the wrong places. So, I came up with my own name, though no one has ever connected it to me. The identity of street artists should never be revealed.

I flick turpentine at a rat that’s getting a little too curious about my brushes. The alley smells like something died, making me wonder if there’s a body in the dumpster. Michelangelo cut up dead people to better understand how we’re built. If he was willing to do that for his art, I can endure this stink for one night. I breathe through my mouth and get back to work.

After four straight hours, the painting is coming along great, and I know I can finish it before people start heading out for their nine-to-five jobs. I paint madly, getting lost in the scene, moving from figure to figure, jersey to jersey. It’s my best work yet, and I want this one to last.

At least, for a few days. 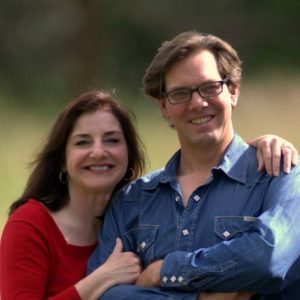 Jim and Stephanie Kroepfl are a husband-and-wife team who write YA novels and stories of mystery and adventure from their cabin in the Colorado Rocky Mountains. Their debut novel, Merged, will be released by Month9Books on September 17, 2019.