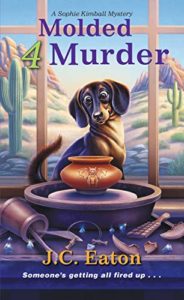 A view to a kiln…

Sophie “Phee” Kimball enjoys working as a bookkeeper for a private investigator. If only her mother Harriet could enjoy her retirement at Sun City West in Arizona—instead of constantly getting involved with retirees being prematurely put out to pasture. This time Quentin Dussler, a prominent member of the clay sculpting club, was found dead, clutching a piece of paper scrawled with Phee’s mother’s name.

Terrified she’s been targeted by assassins, Harriet begs Phee to investigate. What Phee uncovers is a complicated scheme that only the most diabolical of murderers would ever devise. And as she chisels away at confusing clues and potential suspects, Phee unearths something far more precious and valuable than she could imagine. Eager for answers, she takes a bold step—placing herself in the crosshairs of a stonefaced killer… 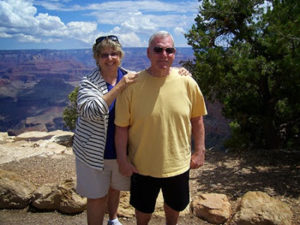 New York native Ann I. Goldfarb spent most of her life in education, first as a classroom teacher and later as a middle school principal and professional staff developer. Writing as J. C. Eaton, along with her husband, James Clapp, she has authored the Sophie Kimball Mysteries (Kensington) was released in June 2017. In addition, Ann has nine published YA time travel mysteries under her own name. Visit the websites at www.jceatonauthor.com and www.timetravelmysteries.com

When James E. Clapp retired as the tasting room manager for a large upstate New York winery, he never imagined he’d be co-authoring cozy mysteries with his wife, Ann I. Goldfarb. His first novel, Booked 4 Murder (Kensington) was released in June 2017. Non-fiction in the form of informational brochures and workshop materials treating the winery industry were his forte along with an extensive background and experience in construction that started with his service in the U.S. Navy and included vocational school classroom teaching.