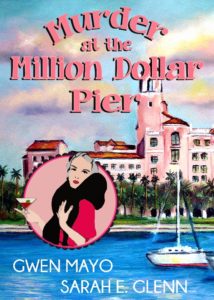 There are many bad nights ahead for Teddy. Shortly after she arrives at the newly opened Vinoy Hotel in Saint Petersburg, she comes face to face with her ex-fiancé, Ansel Stevens, in the dining room. Cue the slap that was thirty years in the making. Unfortunately, her ex-fiancé dies during a yacht race shortly thereafter. Conclusion of the authorities: poison. His family closes ranks, leaving Teddy as the prime suspect. Worse, Teddy’s hair comb is found on the deck of Ansel’s boat, leading to her swift arrest.

Can Cornelia Pettijohn and Uncle Percival save fun-loving Teddy before she goes from the grand hotel to the big house?

One of the reasons writing about the 1920s is interesting to me is because of the expanded roles of women in the workforce. Johns Hopkins opened their doors to women of Cornelia’s generation,but a nursing career was reserved for women who chose to forgo marriage and children.But by the Roaring Twenties a new generation of educated women were entering the workforce.

This generation of women were the first to gain the right to vote. They fought for equality and believed they should be able to have both career and marriage. Evelyn Stevens’ fiancé admires her for more than just a pretty face. These two are a power couple in the making. Evelyn makes no secret of her brains or ambition. She is an accountant who runs much of the day-to-day business of her father’s company, and sister Violet isn’t far behind her.

It is no surprise that Evelyn and female society reporter Bobby Hornbuckle become fast friends who team up to make sure Teddy doesn’t get away with murder. Bobby has her own ambitions and is determined to leap from the society pages to the front page by getting the scoop on Ansel Stevens’ murderer. They’re wrong about Teddy, of course, and Cornelia is out to prove her innocence. Still, Evelyn and Bobby are formidable foes for our intrepid detective.

Not all of the career women had the advantage of rich families and college educations. Teddy’s pal Shirley is making her way as a hairdresser, as is Lucy Rivers, who has built a thriving business from the ground up. They are both smart, savvy women who enjoy their chosen profession. From the beauty shop to the boardroom, 1920s women carved out a place for themselves in the workforce. I think readers will have fun getting to know them and how they impact our Snowbirds. 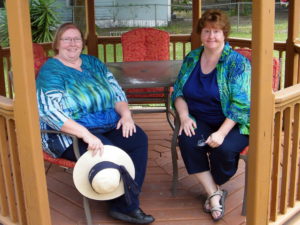 Gwen Mayo is passionate about blending the colorful history of her native Kentucky with her love for mystery fiction. She currently lives and writes in Safety Harbor, Florida, but grew up in a large Irish family in the hills of Eastern Kentucky.

​Her stories have appeared in anthologies, at online short fiction sites, and in micro-fiction collections. She belongs to Sisters in Crime, SinC Guppies, the Short Mystery Fiction Society, and the Independent Book Publishers Association.

Gwen attended the University of Kentucky on a poetry scholarship but has an associate degree in business and a bachelor’s degree in political science. Interesting side note: Gwen was a brakeman and railroad engineer from 1983 – 1987.

Her great-great aunt served as a nurse in WWI, and was injured by poison gas during the fighting. After being mustered out, she traveled widely. A hundred years later, ‘Aunt Dess’ would inspire Sarah to write stories she would likely not have approved of.