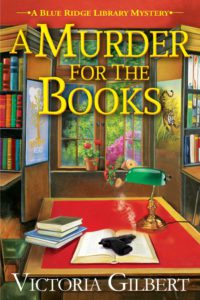 Fleeing a disastrous love affair, university librarian Amy Webber moves in with her aunt in a quiet, historic mountain town in Virginia. She quickly busies herself with managing a charming public library that requires all her attention with its severe lack of funds and overabundance of eccentric patrons. The last thing she needs is a new, available neighbor whose charm lures her into trouble.

Dancer-turned-teacher and choreographer Richard Muir inherited the farmhouse next door from his great-uncle, Paul Dassin. But town folklore claims the house’s original owner was poisoned by his wife, who was an outsider. It quickly became water under the bridge, until she vanished after her sensational 1925 murder trial. Determined to clear the name of the woman his great-uncle loved, Richard implores Amy to help him investigate the case. Amy is skeptical until their research raises questions about the culpability of the town’s leading families… including her own.

When inexplicable murders plunge the quiet town into chaos, Amy and Richard must crack open the books to reveal a cruel conspiracy and lay a turbulent past to rest in A Murder for the Books, the first installment of Victoria Gilbert’s Blue Ridge Library mysteries.

Like most others, I have always heard that authors should “write what they know.” I’m not entirely convinced that they should only do only that—I think they can also write about what they imagine and understand—but I confess that I did follow this advice in writing this cozy mystery series.

My first connection to the world of my series is that I grew up in a rural area at the foot of the Blue Ridge Mountains in northern Virginia. Thus my hometown is very similar to the fictional town from A MURDER FROM THE BOOKS. But the town of Taylorsford in my book series isn’t an exact replica of my hometown—it’s actually a combination of many towns in the surrounding county. However, it is just as historic, and as small, as the town where I grew up. (How small is that? Well, although its history stretches back to before the American Revolution, the real town has yet to acquire a flashing red warning light, much less a stoplight).

One major difference between Taylorsford and my hometown is that my little town didn’t possess a public library until after I left for college. This meant that my long-suffering parents had to drive me to a library in a neighboring town. Since I was definitely a readaholic—easily finishing seven books in as many days—we had to make that trip almost every week!

Fortunately for the residents of Taylorsford, I have chosen to gift my fictional town with an early twentieth-century Carnegie library. The presence of a public library in such a small town is based on historical fact. The industrialist and philanthropist Andrew Carnegie donated funds to build 2,509 Carnegie libraries between 1883 and 1929, in the U.S. and several foreign countries, Many were built in rural areas that would otherwise have been unable to afford their own library.

Which brings me to my other strong connection to A MURDER FOR THE BOOKS and the rest of the series. Like my protagonist, Amy, I am a professional librarian. I have worked in libraries for over thirty years, and my career has encompassed a variety of positions, including reference, research, and administration. I have experience working in both public and academic libraries, as well as a specialized museum library, so I feel that I have the ability to accurately depict library work and life.

However, although my experiences at the New York Public Library at Lincoln Center, the Museum of Television and Radio (now the Paley Center for Media), and the University of North Carolina School of the Arts—where I was library director for many years—have provided me with a deep understanding and appreciation for dance, I can’t claim to have personal experience in that field. (I don’t have just two left feet, I have two left feet that get tangled up in one another). So while I believe that I can accurately portray the career of Amy’s neighbor, dancer turned teacher and choreographer Richard Muir, I must, like Amy, simply admire rather than replicate his talent.

The final thing that closely connects me to this series is gardening. Amy loves to work in her aunt’s garden, and I confess that I also enjoy raising a variety of flowers, vegetables, and herbs. Perhaps it is the heritage from my maternal grandparents, who were farmers, but I love to work the soil and watch things grow. I don’t even mind weeding!

So, as you see, I did use quite a bit of “what I know” to write this series. But my characters are not me, nor are they directly based on anyone I know. They are simply uniquely, wonderfully, themselves. I hope you enjoy getting to know them! 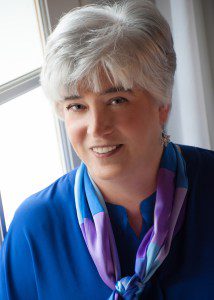 Victoria Gilbert, raised in the shadow of the Blue Ridge Mountains, turned her early obsession with reading into a dual career as an author and librarian. She has worked as a reference librarian, research librarian, and library director.

When not writing or reading, Victoria likes to spend her time watching films, gardening, or traveling. She is a member of Sisters in Crime, Mystery Writers of America, and International Thriller Writers, and is represented by Frances Black at Literary Council, NY, NY.

Victoria lives in North Carolina with her husband and some very spoiled cats. This is her first Blue Ridge Library mystery.