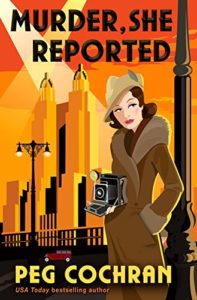 A Park Avenue princess discovers the dark side of 1930s New York when a debutante ball turns deadly in this gripping historical mystery for readers of Victoria Thompson, Anne Perry, and Rhys Bowen.

Manhattan, 1938. Tired of being trapped in the gilded cage of her family’s expectations, Elizabeth Adams has done what no self-respecting socialite would think to do: She’s gotten herself a job. Although Elizabeth’s dream is to one day see her photographs on the front page of the Daily Trumpet, for now she’s working her way up as the newsroom’s gal Friday.

But fetching coffee isn’t exactly her idea of fun. So when veteran reporter Ralph Kaminsky needs a photographer to fill in for a last-minute assignment, Elizabeth jumps at the chance. At the Waldorf Hotel, Elizabeth is tasked with tracking down the season’s “It girl,” Gloria DeWitt, who will be making her society debut. Working her own connections to New York’s upper crust, Elizabeth manages to land an exclusive interview with Gloria.

Then Gloria’s stepmother is shot dead in a Waldorf bathroom, placing Elizabeth at the scene of a headline-worthy scandal: “Murder of a Society Dame.” Now Elizabeth will have to get the scoop on the killer before her good name gets dragged through the gossip columns—or worse… 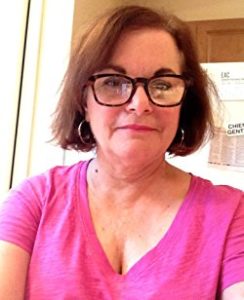