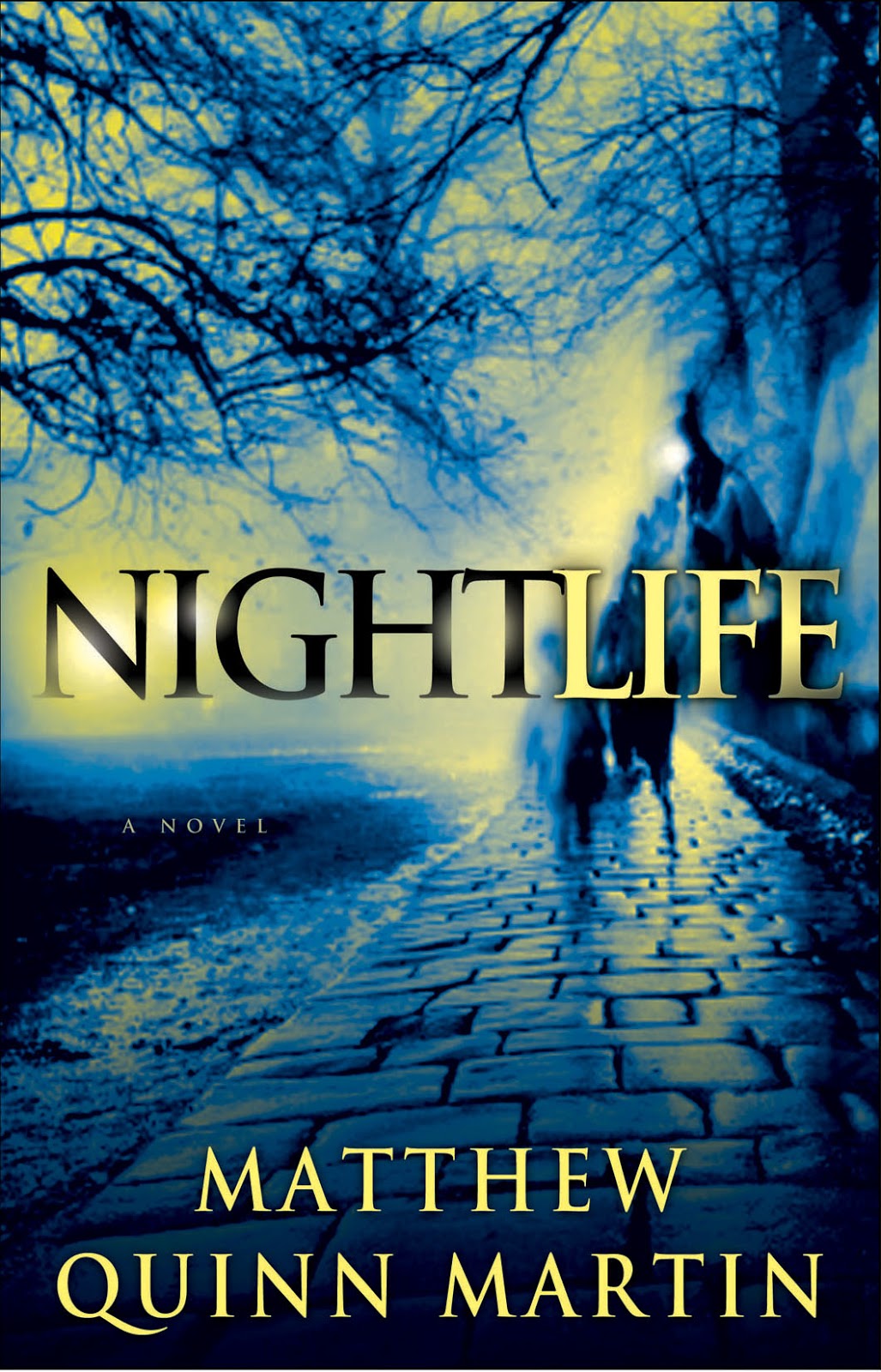 For centuries an ancient evil has slept beneath the streets of New Harbor. This Halloween, it wakes up.

An action-packed debut horror novel from talented new writer Matthew Quinn Martin, NIGHTLIFE pits a feisty bartender and a mysterious loner against bloodthirsty terrors as alluring as they are deadly.

Nightclub bartender and serial heartbreaker Beth Becker might be a cynic. But when her best friend goes missing Halloween night, Beth knows it’s up to her to find out what happened.

Her quest will take her on an odyssey through the crumbling city of New Harbor, Connecticut. Along the way she meets a homeless prophet warning of something he calls the “Night Angel”…a bloodthirsty creature that has been feeding on the forgotten. And she will form an unlikely bond with a hunted stranger who knows all too well what is stalking the streets at night.

He reveals to her to the hideous truth about the nightmare creatures that have haunted mankind’s imagination for eons––creatures the world calls vampires. Together they are the only hope for New Harbor, but to defeat what lurks in the shadows they are going to have to conquer something far stronger than fear––their own desires.

Beth was alone. She looked down at the wallet still in her hands. Behind a scratched plastic window was a picture of her and Ryan, both of them smiling at her from happier times.

Had he gone missing the same as Zoë? What was happening? She shook her head. Maybe she’d finally gone around the bend. Could she really have just seen a man get shot, bleed white, and then liquefy into nothingness—and all because of a box of salt?

“Get a grip, Becker.” She reached for the nearest bottle, not even sure what was in it, and poured herself a full glass. “You’re seeing things.” She was about to take a sip when she heard the sound of footsteps from the shadows. She turned to spot a faint outline form in the blackness, almost as if it was born from it. It was a man, and the slightest flicker gleamed from his eyes as he moved into the light. Beth’s glass slipped from her grasp, shattering on the floor as she saw just who it was. “Ryan!” she called out, rushing over. “Oh, my God, Ryan!”

But something about him made her stop just shy of the slick spreading out on the floor where the corpse had been lying only minutes before. She looked at Ryan. Something wasn’t right. His hair was different, longer, the way he wore it back when they’d first started dating. He was dressed in clothing he’d thrown out years ago. The same clothing he’d had on in the photo in her wallet. His gaze landed on her, and in that moment, Beth had never wanted him more. Those eyes—so inviting, so mesmerizing, so . . . hungry. He shifted closer. He had yet to speak a single word.

“Ryan,” she said. “I was so worried.” But even as she spoke the words—even as she felt that if she’d just let him take her in his arms, all her troubles would disappear—she knew something was terribly wrong. She started to inch backward. “Ryan, why don’t you say something? You’re scaring me.”

He sniffed the air, almost gulping at it. Then he cocked his head at an angle that didn’t seem natural—or even human. Suddenly, he leaped for her, covering the three yards between them in a single bound.

She dodged. He missed her by inches. But he now stood between her and the door, cutting off any possible escape. He moved closer, hands grasping for her. Beth ducked around a table and shoved forward with all her strength, crushing him against the wall. Ryan screamed. It was that same high-pitched wail she had heard coming from the man who’d been shot. The one Jack said was “hardly a man.”

Ryan pawed at the table, sending it flying end over end as if it was made of papier-mâché. Planks splintered against the brick wall. Beth swept up a board. She hit him hard, right across the face. The board cracked in half, and her hand sang with a dull thwack. It did nothing. He simply shook it off and stepped forward, closing the gap between them as he pegged her against the bar. His hands clamped down on her. His grip was like quick-drying cement. She couldn’t move.

Beth’s knees began to give out as a heady brew of terror and desire overtook her. She felt the hard press of his hand pushing back her head, exposing her throat. She felt herself giving in. She wanted to go where Ryan had gone, to see what he’d seen, to become whatever it was he’d become.

Matthew Quinn Martin was born in Allentown, Pennsylvania and raised in New Haven, Connecticut. However, it wasn’t until he moved to Manhattan that he realized he was a writer. These days, he lives on a small island off the North Atlantic coast of the United States where it gets quiet in the winter…perhaps too quiet.