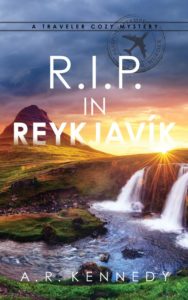 Traveling with your family can be murder.

One wedding party + one estranged mother = another vacation that goes array for Naomi.

Naomi is off on another international vacation. She thinks traveling with her mother will be the most difficult part of her trip until she meets the rest of the tour group—a wedding party. It only gets worse when she finds the groom dead. Everyone’s a suspect on her Icelandic tour of this stunning country.

As you read this, I should be in Japan. I booked a trip to Japan over a year ago. I made the plans with travelers I had met while on a trip to Israel, February 2019.

As famed Dodger announcer Vin Scully once said, “If you want to make God smile go ahead and tell him your plans”.

This was a trip that included Tokyo, Kaga, Takayama and Kyoto. I planned to fly to Japan earlier than the others to spend a little extra time in Tokyo. I had purchased tickets to the famed DisneySea. Most Disney aficionados deem this to be the best Disney Park in the world.

I purchased tickets to a Tokyo Giants baseball game. (Thank you to Rick Steve’s podcast for this idea!) I couldn’t wait to watch my favorite sport in a foreign country. Would they have hot dogs and Cracker Jacks? Do they have a 7th inning stretch? I’ve seen baseball games in every US (and Canadian) city that has Major League Baseball. Every one has its own quirks. How would Japan be different? The shorter list would probably be—what would be the same?

In Japan, we would have experienced a traditional Tea Ceremony, learned the art of creating sushi and sashimi, traveled by bullet train, stayed at a traditional Ryokan (inn) and so much more. During our 12 day, small group tour, we would have enjoyed the ancient and modern aspects of Japan.

For me, it would have also included research, of course, for another book in The Traveler Cozy Mystery series.

I think the old Brooklyn Dodger saying applies, for me traveling to Japan at least, ‘Wait til next year.’ 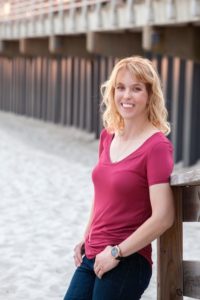 A. R. Kennedy lives in Long Beach, New York, with her two pups. She works hard to put food on the floor for them. As her favorite T-shirt says, ‘I work so my dog can have a better life’. She’s an avid traveler. But don’t worry. While she’s away, her parents dote on their grand-puppies even more than she does. Her writing is a combination of her love of travel, animals, and the journey we all take to find ourselves.