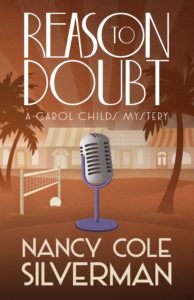 Carol Childs is in the middle of one of the biggest stories of her life. Her daughter Cate has returned from college with a boyfriend in tow. A photographer who police suspect to be The Model Slayer, responsible for the murder of three young women.

Not since the Hillside Strangler has Los Angeles been so on edge.

And when the police arrest Cate’s boyfriend, Carol’s personal life and professional worlds collide. A tattooed cocktail waitress calls the radio station and asks to speak with Carol off the record. She knows the true identity of the real Model Slayer because she says she killed him.

Tensions mount as the clock ticks. The police are convinced they have the right man. Mother and daughter aren’t talking. Carol can’t reveal to investigators all she knows, and unless Carol can find the real killer before the trial begins, an innocent man may spend the rest of his life in prison or be executed for a crime he didn’t commit. 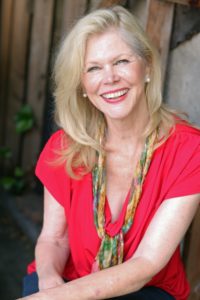 Nancy Cole Silverman credits her twenty-five years in radio for helping her to develop an ear for storytelling. In 2001, Silverman retired from news and copywriting to write fiction full time. In 2014, Silverman signed with Henery Press for her new mystery series, The Carol Childs’ Mysteries. The first of the series, Shadow of Doubt, debuted in December 2014 and the second, Beyond a Doubt, was July 2015. The third, Without A Doubt, was released May 24, 2016. Room for Doubt was released on July 18, 2017, Reason to Doubt hit stores November 6, 2018. For more information visit www.nancycolesilverman.com.

2 Responses to “Reason to Doubt by Nancy Cole Silverman”