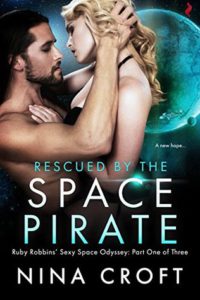 A few days ago, in a galaxy right here...

The earth faces total annihilation and one young woman signs up for a mission to rescue humanity. Only she ends up getting rescued herself, by a gorgeous space pirate. And the sex is out of this world!

Hopeless romantic, Ruby Robbins spends her days as an accounts clerk, and her nights with her head in the stars, dreaming of space adventures in the arms of an alien…or two. Then one day, she's approached to help her country by going undercover…in space! She jumps at the chance and before she knows it, she finds herself in the cargo hold of an alien slaver ship.

Space pirate, Killian Sharpe owes a lot of money to some very bad people. So when an anonymous employer offers him a tidy sum to extract one Ruby Robbins from a slaver ship, it sounds like easy money. But once he sets eyes on Ruby, he knows he's in over his head. Not only is she breathtakingly beautiful—she refuses to be saved.

Luckily Killian hasn't met a woman yet who could hold out against him for long….

A day in the life of Nina Croft

Hi, I’m Nina Croft. I was born in the cold wet north of England, in an area known as the Lake District. It’s actually a beautiful place, but growing up I dreamed of sunshine and ponies.

I’m pleased to say, it’s taken a while to get here, but my life is now pretty much my dreams come true. At least as far as the sunshine and ponies are concerned. I live on a remote almond farm in the south of Spain, between the Sierra Nevada and the Mediterranean. I share the farm with my husband and numerous animals, including two horses: my mare Gencianna, and my gelding, Rufino.

My days revolve around animals and writing (and my husband of course, just in case he reads this!)

So here’s a typical day… 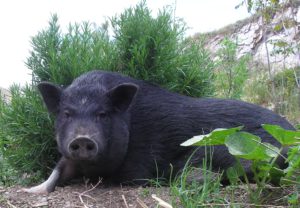 We’re usually woken by the dogs (we have three; Grunt, Pinky, and Fred, all rescue dogs) normally as the sun rises. Rob my husband walks the dogs, while I try and persuade Piggles, our three-legged Vietnamese pot-bellied house pig, to come out from under her duvet and get up for breakfast. Usually greediness overcomes laziness (she is a pig, after all!)

Then for me, it’s horsey time. My horses are out 24/7 though they have access to a stable if they want to go inside (usually if it’s really hot, or really wet, or horsefly time.) I clean up the paddock (a big part of my life is spent shovelling shit), have a chat with them—make sure everything is okay, give them a hug. Maybe go for a ride – I usually ride alternate days. The countryside around us is fabulous for riding (as long as you don’t mind going up or down – absolutely nowhere is flat.) Riding is great for mulling over plot problems, so I can almost get away with calling this work. And occasionally, I’ll meet a couple of horsey friends for lunch, tie up the horses outside the bar…a few cold beers… 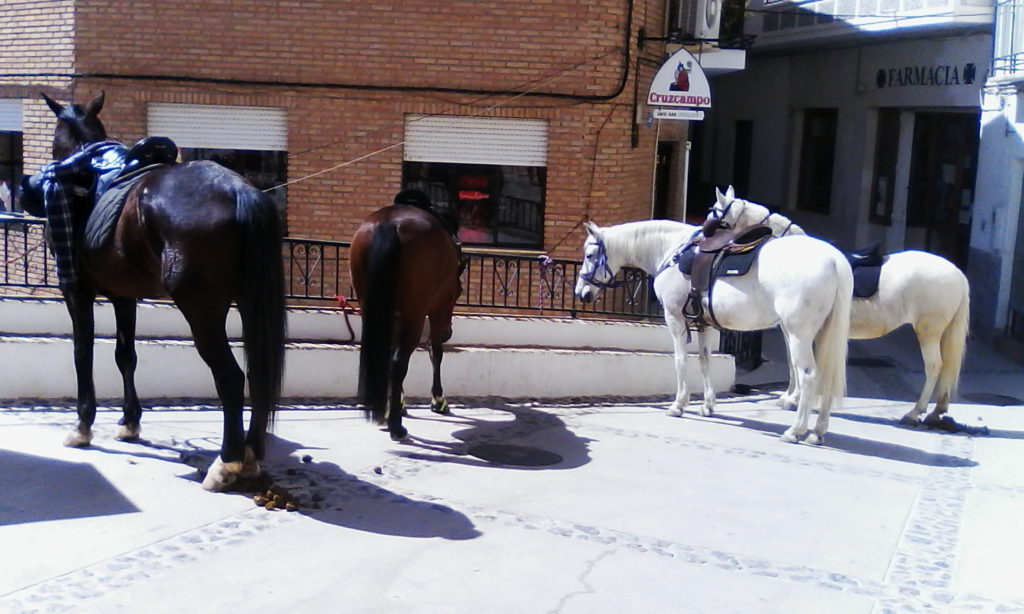 If I don’t ride, then about three times a week, I run (I had a health scare a few years ago, when I was diagnosed with breast cancer. I’m good now, all clear, but I do try and live as healthily as I can). I like to go just as the sun is coming up. I’m not very good. In fact, I’m totally the wrong shape for running—my breasts are too big and my legs are too short—but I actually love it.

Then it’s “proper work” time—writing. If I’m working on a new book, I tend to write in the mornings, usually on my netbook so I’m not stuck at my desk, and interspersed with walking the dogs.

Then I check on the horses. Maybe have some lunch.

Afternoons, I do anything else work related—editing, promotional stuff, research, playing killer sudoku and generally wasting time on Facebook and similar places. Maybe slip in an hour or three of reading. Again, interspersed with walking dogs and checking horses. At some point, the shepherd will go past with his goats and sheep— most exciting part of the day for the dogs. Early evening, I go see if Piggles wants any supper.

Then it’s a glass of wine…or two. And dinner (we alternate cooking.) I’ll maybe do some crits for my writing group in the evening and then watch an hour or so of TV– just been binge watching 24. I love Jack Bauer.

And time for bed…

So that’s my day. How does it match up to yours?

Rescued by the Space Pirate by Nina Croft is the first novella in the Ruby Robbins Sexy Space Odyssey series. I went into this expecting a fun, sexy, sci-fi story and I got it. Ruby Robbins has always fantasized about going to Space (among other things). She gets her chance when her boss has her fired and recruits her for a rescue mission to save his daughter.

I enjoyed this hot space romp and I am planning on reading the other Ruby Robbins stories. 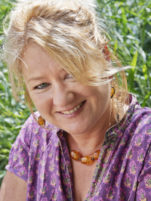 Growing up in the cold, wet, north of England, Nina Croft spent a lot of time dreaming of faraway sunnier places and ponies. When she discovered both, along with a whole load of other things, could be found between the covers of a book, her life changed forever.

Later, she headed south, picked up the perfect husband along the way, and together they volunteered to work in Africa. There they discovered a love of exotic places and a dislike of 9-5 work. Afterward they spent a number of years travelling (whenever possible) intermingled with working (whenever necessary.) Eventually they stumbled upon a remote area in the mountains of southern Spain and the small almond farm they now call home.

Nina spends her days reading, writing and riding her mare, Gencianna, under the blue Spanish skies—sunshine and ponies. She reckons this is proof that dreams really can come true if you want them enough.

Nina’s writing mixes romance with elements of the paranormal and science fiction
If you’d like to find out about new releases then sign up for my Newsletter at: https://app.mailerlite.com/webforms/landing/d8y0v7