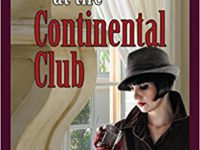 Private social clubs are an important part of the society scene in our nation’s capital. In addition to Cosmos, entities such as the Metropolitan, Army-Navy, the University, and the National Press Clubs maintain refined atmospheres for face-to-face meetings, power breakfasts, and entertainment. This is …