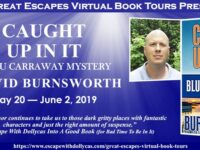 The hunt is on now for the mega-pop star. Where does she go to hide out? The sleepy islands around Charleston, South Carolina—Blu’s backyard. He’s already proven himself once, so C hires the Blu Carraway Investigation Agency to …

END_OF_DOCUMENT_TOKEN_TO_BE_REPLACED 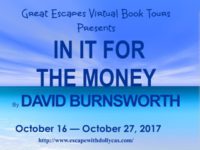 Lucky for him, a client does show up at his doorstep—a distraught mother with a wayward son. She’s rich and her boy’s in danger. Sounds like just the case for Blu. Except nothing about the case is as it seems. …

END_OF_DOCUMENT_TOKEN_TO_BE_REPLACED 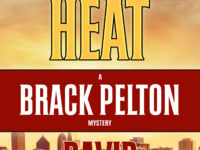 It’s part of the reason I read books. Life isn’t always fair. The good guys don’t always win. So when I’m ticked off, there is nothing I like better than a scene were Jack Reacher takes a three-fifty-seven Cold Python and blows a group of bad guys away. Somehow, my world comes back in order. Am I simply a violence junkie? Maybe. Is there a …