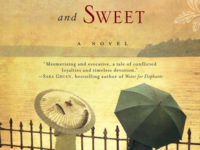 This story moved me to tears many times. The characters were incredibly developed, and even the secondary characters of Sheldon and Mrs. Beatty were some of my very favorites. The settings were so well-written that I truly felt as if I was there, smelling …