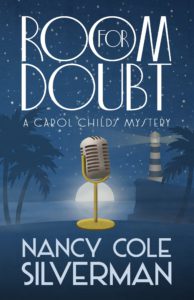 When radio reporter Carol Childs is called to a crime scene in the Hollywood Hills at five thirty in the morning, she’s convinced it must be a publicity stunt to promote a new movie. That is, until she sees the body hanging from the center of the Hollywood sign. The police are quick to rule it a suicide, but something doesn’t add up for Carol. Particularly after a mysterious caller named Mustang Sally confesses to the murder on the air and threatens to kill again.

With the help of an incorrigible PI, her best friend, and a kooky psychic, Carol is drawn into the world of contract killers and women scorned. As she races to find the real killer, she finds herself faced with a decision that will challenge everything she thought she knew.

Help! My Doppelgänger-self has Stolen My Identity

Word on the street is my protagonist has been impersonating me. Or maybe it’s the other way around, since on more than one occasion a number of friends, have referred to me as Carol Childs.

Allow me to set the record straight. My name is Nancy Cole Silverman, and I created Carol Childs, she was a figment of my imagination. A strong, take no prisoners type of now-gal, who believes, no matter what the situation, “Brains Beat Brawn, and a Mic is more Powerful than a Forty-five.” In short, as an investigative reporter for a Los Angeles talk radio station, Carol doesn’t carry a gun, she carries a microphone.

You bet. But then I spent twenty-five year in news and talk radio, and saw first hand where the power of the mic got the last word on more than one bad varmint in this town. OJ Simpson and Robert Blake may have not been found guilty of murder, but by the time their trial ended, the court of public opinion–the chatter on the airwaves–had cast a very different light on both the man and the crime.

The truth is, Carol Childs is my alter ego. And why not? I’ve taken my experiences, both those from inside some of Los Angeles’ busiest newsrooms, and those from my life as a single mom and bled them onto the page, in an attempt to make Carol feel real to the reader.

Similarities aside, however, Carol Childs is not me. Creating a character, particularly a powerful and believable protagonist requires a little distance and few rules; Writing What You Know, Research, and Romance or Writing From the Heart. I call them the three R’s.

Write what you know. Everybody has experience in something and pulling from that can be an invaluable resource when writing. Nora Ephron said, “Everything is copy.” For me, that experience was working in a newsroom. It helps when I sit down to write a scene to remember the world I came from; the non-stop deadlines, the constant chatter from the news desk to reporters and that adrenalin rush a reporter feels when uncovering a breaking news story. Along with all the facts and stats of the newsroom, I also pull from my own experiences as a single, working mom. Like I was then, Carol Childs is a single mom, struggling to establish herself in a tough competitive field and the clock is always ticking.

Research. I certainly haven’t had any first-hand experience with any of the crimes involved in my books. Like most mystery writers I may write about murder, but poisons, sex trafficking, international jewelry theft or vigilante killings, like those I have exposed Carol to in my books, I’ve no first-hand knowledge. Instead, I did a lot of research. Admittedly, research can lead a writer down a lot of rabbit holes, but in the end, when well-researched information is blended with real-life scenarios we get a ripped-from-the-headlines type of feel to the story. I love when readers ask me if I really encountered such things while working in radio. It’s my gotcha moment, my reward for a job well done.

Romance or Writing From the Heart: I believe it’s important for a writer to take note of their emotions. Psychologist have categorized six basic emotions; happiness, sadness, fear, anger, surprise, and disgust, but writers know telling isn’t showing. It’s important for a writer to note if a character is surprised to be able to recall their own physical and psychological reactions to such an emotion. Equating that to the character’s feeling on the page in a way the reader can relate to helps to make the character real and memorable.

If readers recognize me on the page, I suppose I’ve nobody to blame but myself. Sometimes writers put more of themselves into their work then they know. Hemmingway was accused of it in his Nick Adams short stories. Some literary critics suspect that Charlotte Bronte may have lived vicariously through her characterization of Jane Eyre, and I’ve often wondered if Janet Evanovich is more Stephanie Plum than she lets on. Whatever the case, my name is Nancy Cole Silverman, I’m the voice behind The Carol Childs Mysteries, as for any similarities, I’ll leave that for you to decide. 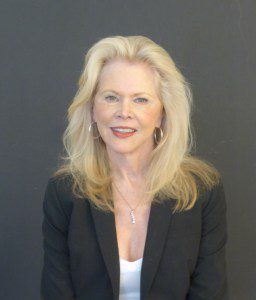 Nancy Cole Silverman credits her twenty-five years in radio for helping her to develop an ear for storytelling. In 2001, Silverman retired from news and copy-writing to write fiction full time. In 2014, Silverman signed with Henery Press for her new mystery series, The Carol Childs’ Mysteries. The first of the series, Shadow of Doubt, debuted in December 2014 and the second, Beyond a Doubt, was July 2015. The third, Without A Doubt, was released May 24, 2016. Room for Doubt was released on July 18, 2017. For more information visit www.nancycolesilverman.com