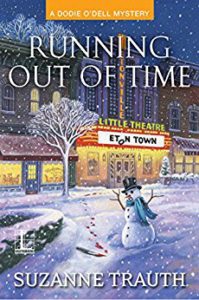 On opening night, hours before the curtain rises, Dodie runs into an agitated actress backstage with blood on her hands. Then a stranger is found among the chairs set for a graveyard scene with a knife in his chest. The show will not go on—the theatre is now a crime scene. Hoping to clear the red-handed suspect, Dodie returns to the role of amateur sleuth to mull over the clues and beat the backstage stabber to the punch—before someone else becomes history… 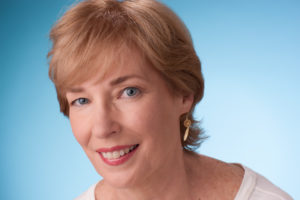 Suzanne Trauth is a novelist, playwright, screenwriter, and a former university theatre professor. She is a member of Mystery Writers of America, Sisters in Crime, and the Dramatists Guild. When she is not writing, Suzanne coaches actors and serves as a celebrant performing wedding ceremonies. She lives in Woodland Park, New Jersey. Readers can visit her website at www.suzannetrauth.com.

2 Responses to “Running Out of Time by Suzanne Trauth”