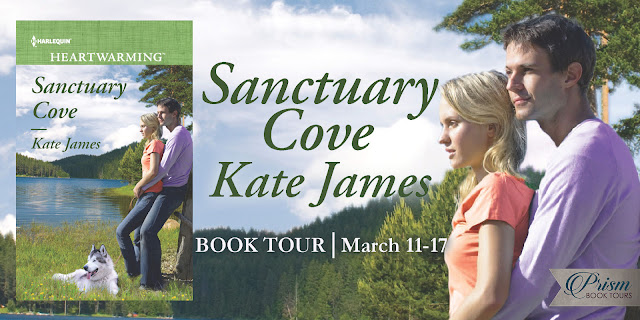 We hope you enjoyed the tour! If you missed any of the stops, go back and check them out…
Launch – Note from the Author

In Sanctuary Cove, when New York-based communications executive Emma Meadows finds her personal and professional life in shambles, she retreats to her lakefront cabin in the Adirondack Mountains. Aiding an injured animal at the side of a rain-drenched road, she meets local veterinarian Joshua Whitmore. . .

“The mystery adds just the right touch to the story–it keeps things interesting and causes some friction for the characters to grow from, but it’s not overpowering. The romance is sweet and tender, if a bit on the quick side. Overall, it’s a highly entertaining and enjoyable read.”

Josh comes from a family of healthcare professionals, but he decided to choose a different path. He’s a veterinarian, passionate about his job and the animals that come under his care. . .

“As often in her books, Kate James catches the reader’s attention with the first page then gradually builds on the intrigue, with added mystery and momentum, leading to a strong climax. “

“I loved the characters and the setting. I could feel the characters’ emotions and got a good sense of their excitement and disappointments. . . . I would definitely recommend this story to other readers. “

“My name’s Emma Meadows. There’s been an accident. A dog—or possibly a wolf. He’s been hit. He’s bleeding and his leg’s broken. But he’s alive and he’s in a lot of pain.” She knew she was babbling, but she couldn’t help it. Animals were her soft spot. She walked back toward the dog as she spoke, and with a sinking heart noted that the feeble growl had been replaced by whimpers and shallow breathing.

What are you working on right now? What can readers look for from you in the next year? 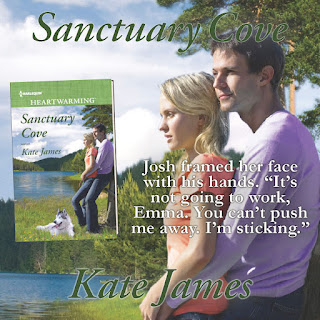 With Love for Books – Review

“Sanctuary Cove is a great unique book with a wonderful heartwarming ending. . . . If you like small town romance combined with amazing dogs and a gripping plot Sanctuary Cove would be a very good choice.”

Emma was excited. Why hadn’t she thought of training service-and-therapy dogs before? She could do it! She had the time, at least for now. And Josh was willing to stand by her again in this, as he had been with just about anything she’d done since she’d arrived in Sanctuary Cove.


She looked up at him and was about to thank him…


But in Josh’s eyes, Emma saw what was in his heart.

“While I had no doubt that I would enjoy this book, it actually exceeded my expectations and I was pleasantly surprised by the wide range of emotion this story evoked.” 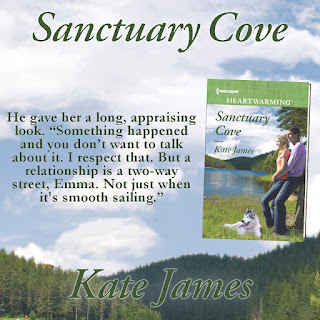 How long does it take you to write a book?

On average, it takes me three months to write a book. There’s usually another three to four months for the three stages of the editing process, but during that time I’m already working on my next manuscript.

Getting Your Read On – Review

“I loved the moments when they were close and helping each other. Josh is an excellent supporter of Emma- strong and capable. I just really liked them both. I’m also coming to realize that with Kate James, there is probably going to be a dog or two involved in the story as well!”

Thoughts of a Blonde – Excerpt

The kiss was light. Yet Emma’s heart skipped a few beats. With her eyes still closed, she ran her tongue across her upper lip and let out a soft, involuntary “hmm.” Opening her eyes, she saw Josh’s smile.


“Shall we get ready to go?” he asked, with laughter dancing in his eyes.

“I love Emma and Josh. They’re so cute together, and being animal lovers gives them extra points. The storyline in this story is one that could totally happen today. . . . I definitely recommend Sanctuary Cove to clean romantic suspense lovers!” 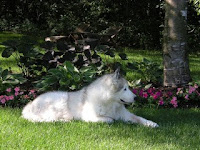 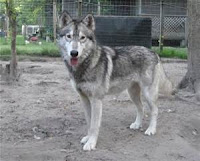 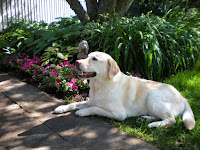 If you’ve read any of my previous books, you’ll know that I like to give prominent roles to my furry, four-legged characters, too. The response to these characters has been so positive, I decided to have not one, not two, but three canine characters in Sanctuary Cove. If I’m completely honest, they forced their way into the story, and I couldn’t say no!

A Slice of Life – Review

“Sanctuary Cove is a gripping story involving politics, right and wrong, and the love of nature and animals. I would highly recommend this suspense-filled adventure to anyone who is looking for a well-written book that’s intriguing until the end.”

Josh was appalled. If it was true, that things had escalated to this level, Emma was in danger, too. He thought he understood what she’d been trying to do. He wanted to protect her, to reassure her, but knew he had to tread carefully to prevent her from continuing to try to push him away. 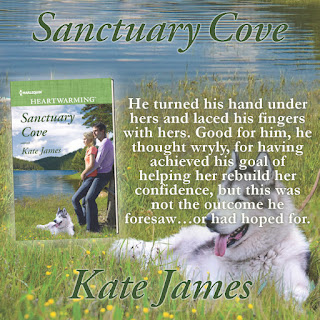 “Sanctuary Cove was a fun, easy-to-read story and I think it’s a great book if you’re looking for a light romance, with a little bit of suspense thrown in.”

Leaning against the wall by the steps leading down, he indulged in watching Emma for a few moments.


She lay on the sofa, her lips slightly parted and curved into a soft smile, her skin glowing with the flickering candlelight. A few strands of hair had escaped from the clip on top of her head, and were curling around her face.

Reading Is My SuperPower – Emma’s Cottage

Emma’s cottage is situated on a large, secluded property, on a knoll overlooking a small, private lake. The location looks like this . . . 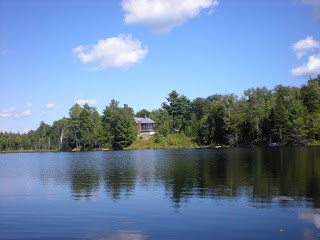 “Overall, I just loved Emma and Josh. They took their time in their romance and realized just how much they truly meant to each other. Bravo to the people at Harlequin for this line. You have a fan for life. Did I mention that there are dogs and puppies?”

She pointed to the stand-alone shed a couple of hundred feet away from her cottage. “I can fence off an area inside. She’ll be safe in there. I can set up an outside enclosure for her, too.”


“Emma, you can’t save every wounded creature that comes your way,” he said softly. “Let’s get her checked over first.

Don’t forget to check out the giveaway below… 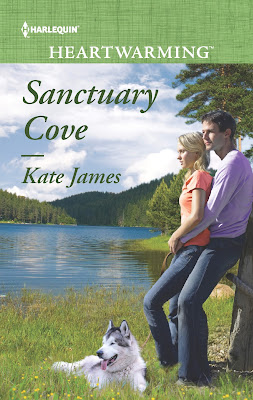 Can his safe haven be enough for her?

Emma Meadows never imagined that sticking to her principles against an act of corruption by a New York senator would cost her her job as VP of communications. Heartbroken, she retreats to her cottage in the Adirondacks to lick her wounds and, in the process, rescues an injured dog that only Josh Whitmore can save.

The veterinarian works diligently to bring dog and woman back to full fighting form, until allegations against the senator become more serious. Seeing Emma’s reaction to the increasing pressure, Josh realizes that inevitably she’ll find a way back to the top…and he’ll likely lose her for good.

Kate spent much of her childhood abroad before attending university in Canada. She built a successful business career, but her passion has always been literature. As a result, Kate turned her energy to her love of the written word. Kate’s goal is to entertain her readers with engaging stories featuring strong, likable characters. Kate has been honored with numerous awards for her writing. She and her husband, Ken, enjoy traveling and the outdoors, with their beloved Labrador Retrievers, Harley and Logan.

Kate would love to hear from you! You can connect with her by email, through her website, her Facebook page, Twitter, or mail at PO Box 446, Schomberg, ON, L0G 1T0, Canada. 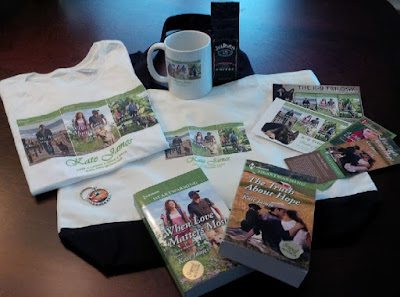 US/CAN PRIZE PACK, which consists of: