After the Silence
(From Kenya, With Love #2)
by Rula Sinara
Adult Contemporary Romance
Paperback, 368 pages
March 1st 2015 by Harlequin Heartwarming

Does following her passion mean losing her way?

Marine Ben Corallis is an expert at facing death, but nothing comes close to the terror that grounds him when his wife is killed in a car accident the day he returns from duty. He’s left to raise an infant, a toddler and a ten-year-old girl who hasn’t uttered a word since her mother’s death.

It’s hard not to care for the widowed marine with three young children. Yet he’s still grieving, too burdened with guilt to fall in love again. And Hope Alwanga’s future as a doctor awaits her on the other side of the world, in Nairobi. If two such opposites can’t agree on a common country, how can they ever create a safe place to call home?

Chapter One
Dear Diary,
They said writing to you would help. I’m not sure. I can’t tell anyone what I did. Not even you. If anyone finds out, I could go to jail…or hell.

HOPE ALWANGA STRIPPED off her bloody gloves and gown, then rushed from the room, but there was no escaping the merciless, coppery smell that had penetrated her sinuses. She pressed the crook of her elbow to her nose to shield against the added assault from the sweaty, desperate crowd still waiting to be seen and made her way to the back of the emergency room. A steady stream of patients was expected at any of Nairobi’s public hospitals—she saw it as added experience during her internship year—but this? This was pure chaos. And she’d been forced to do procedures she’d never done before.
She needed a minute to sit. Just one.
She collapsed onto a stool near a half-empty medical supply closet, leaned her head back against the wall and closed her eyes.
“Go home.”
“No,” she said, jerking her head up and pushing off the stool. The floor tilted, and her hands shot out reflexively for balance. “I’m fine. I just needed a second.”
Zamir, her supervising doctor, put a gentle hand on her shoulder and urged her back onto the stool.
“Take that second and then go home. That’s an order,” he said.
“I haven’t eaten anything. That’s all it is.” That and no sleep.
“Don’t argue with your superior.”
Hope rolled her eyes. Zamir could never nail a harsh tone when it came to her. He was closer in age to her much-older brother, and, given that he’d grown up as a family friend, he often teetered between his role as her supervising medical officer and a caring friend. A lot. Only, he knew full well that Hope wasn’t interested in anything but focusing on her education and career. Hope brushed his hand aside and stood, taking a deep, readying breath.
“You need me here. We’ve lost two patients already this morning, and there has been no news of the rest of the staff coming back. I’m not going anywhere.”
For two days now, they’d been running on bare threads. It was bad enough that, under normal circumstances, Nairobi’s public hospitals were grossly underequipped. Only months into her internship, she’d already witnessed patients either dying or being turned away due to lack of medical equipment and supplies alone. Even children. God, the children broke her heart. Now, to add insult to an already critical situation, delayed government paychecks had spurred a strike by the majority of their medical staff. As an intern, her pay was barely worth counting anyway, but she wasn’t here for money. She was here to help, but this…this was like asking a gnat to save a drowning shrew.
She turned to head back toward the main area. Failure wasn’t an option. Not for an Alwanga.
“Hope, don’t be stubborn,” Zamir said, stepping in front of her. “You need to get some sleep or you’ll be useless. You’ll start to make mistakes. I can’t have that happen. Stay and I’ll write you up.”
Hope stopped dead in her tracks, then looked right at him. Her pulse drummed at the base of her throat.
“That man did not die because of me,” she said, pointing down the hall toward the patient they’d just lost. “I did everything—”
“I didn’t mean him,” Zamir said, shaking his head and holding up his palms. “You were brilliant in there. Hope, that man had been thrown from a boda-boda. He didn’t have a chance. Not with what we have here. But I need you to get some rest before I end up having to resuscitate you. Or before you do make a human mistake.”
Hope pressed her lips together and cringed at the mental image of Zamir resuscitating her. He’d love that, wouldn’t he? Zamir to the rescue. Always looking out for her. That was exactly why her parents loved him so much.

About Book One in the Series
(Each can be read as a standalone.)

The Busara elephant research and rescue camp on Kenya’s Serengeti is Anna Bekker’s life’s work. And it’s the last place she thought she’d run into Dr. Jackson Harper. As soon as he sets eyes on her four-year-old, Pippa, Anna knows he’ll never leave…without his daughter.

Furious doesn’t begin to describe how Jack feels. How could Anna keep this from him? He has to get his child back to the States. Yet as angry as he is with Anna, they still have a bond. But can it endure, despite the ocean–and the little girl–between them?

Rula Sinara lives in Virginia’s countryside with her husband, three boys and zany but endearing pets. When she’s not writing or doing mom stuff, she loves organic gardening, attracting wildlife to her yard (cool bugs included) or watching romantic movies. She also enjoys interviewing fellow authors and is a Special Contributor for USA Today’s Happy Ever After blog. Her door is always open at her website and blog. 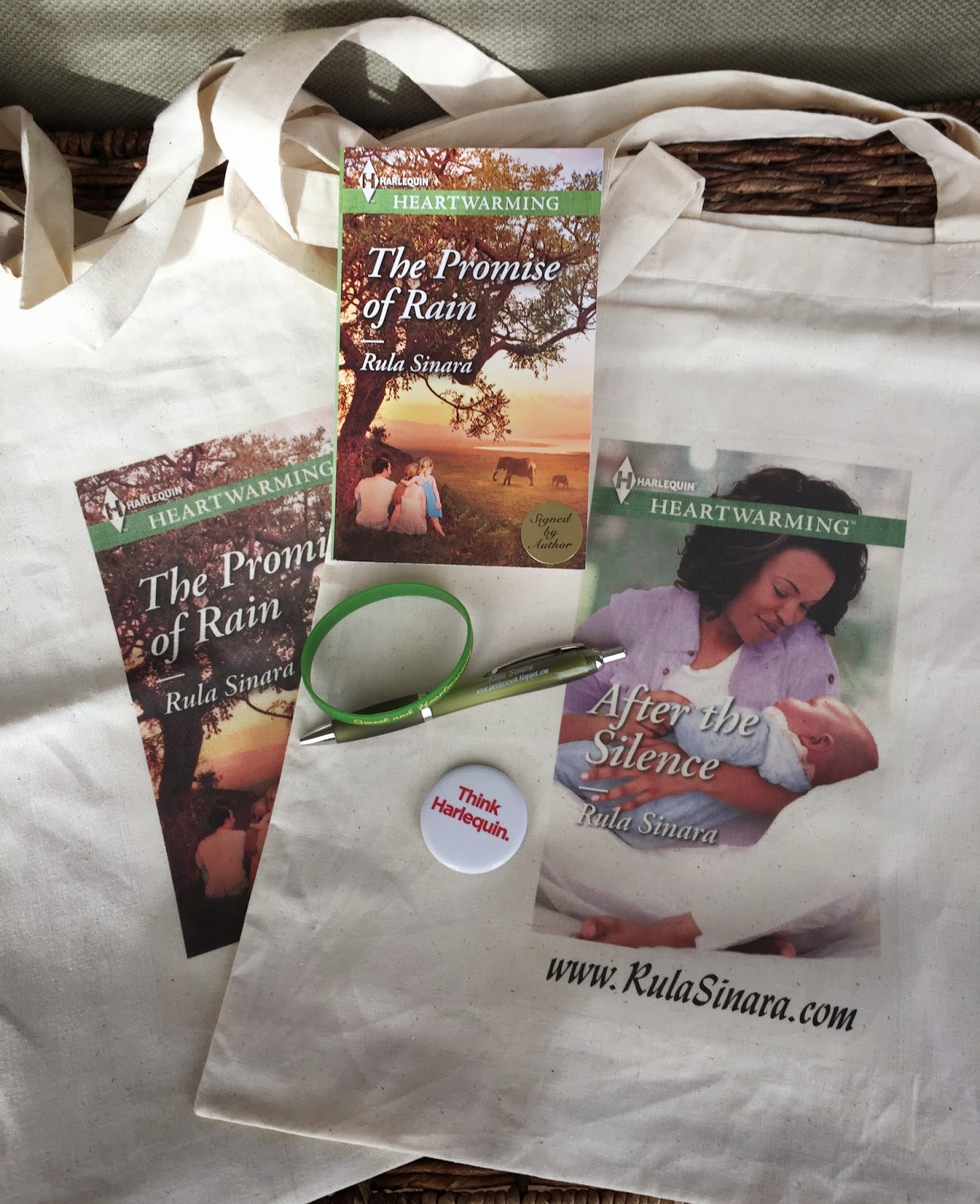