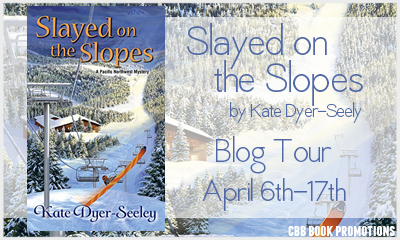 I’m excited to host a tour stop for  Slayed on the Slopes by Kate Dyer-Seeley! This is the second book in the Pacific Northwest Mystery series. Slayed on the Slopes released March 31st by Kensington Publishing. The tour runs April 6- 17 with reviews, interviews, guest posts and excerpts. Check out the tour page for more information. 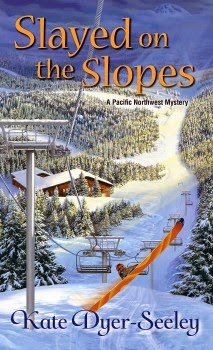 About the Book:
After talking her way into a job writing for Portland’s Northwest Extreme magazine, Meg Reed may now really be in over her head. Actually, about 8,000 feet over her head. . .

She’s at Mount Hood’s remote Silcox Hut, covering the seriously hardcore Ridge Rangers—Oregon’s elite high-altitude rescue team–during their four-day winter training. Sure, Meg beefed up her outdoor skills over the summer . . . but she’s still hoping to cover the event with some hot chocolate by the cheery fireplace. Then, during a sudden blizzard, she swears she hears gunshots. No one stranded in the hut believes her . . . until self-absorbed Ridge Ranger Ben Rogers is found outside in a pool of frozen blood. Meg’s now got to find this killer quickly . . . before cabin fever does them all in!

Praise For Scene Of The Climb

“A splendid overview of the greater Portland and Columbia River Gorge region, perfect for travel buffs. Her protagonist shows promise with her determined attitude and moxie.” –Library Journal

Don’t miss out on the first book, Scene of the Climb, available now! 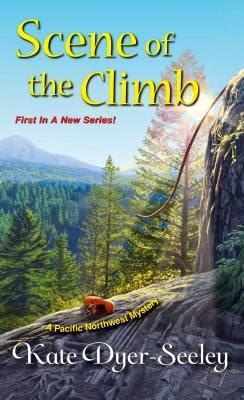 I fully intended to read the first book in the series prior to reading Slayed on the Sloped by Kate Dyer-Seeley, but I ran out of time. Fortunately, Slayed on the Slopes was a book that was easy to pick up and jump right into, even if you hadn’t visited Meg and the other characters in this fun series. I was able to follow along and quickly get immersed in this awesome story. I thoroughly enjoyed the setting and really felt like I was on a trail in the Pacific Northwest. The adventure tips and guides at the end of the books in this series were a nice touch. I know if I lived in that area of the country, I would definitely want to check them out. I will be reading the first book in the series, Scene of the Climb, soon. I enjoyed Slayed on the Slopes and want to spend more time with these characters. This is a series I will continue to follow. 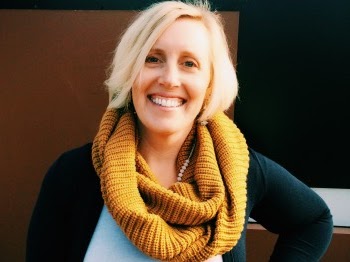 Kate Dyer-Seeley writes the Pacific Northwest Mystery Series for Kensington Publishing. The first
book in the series, Scene of the Climb, features the rugged landscapes of the Columbia River Gorge and a young journalist who bills herself as an intrepid adventurer in order to land a gig writing for Northwest Extreme.

Her work has appeared in a variety of regional and international publications including: The Columbian, The Vancouver Voice, Seattle Backpacker, Portland Family Magazine, and Climbing Magazine.

Kate lives in the Pacific Northwest with her husband and son, where you can find her hitting the trail, at an artisan coffee shop, or at her favorite pub. Better yet—at all three. 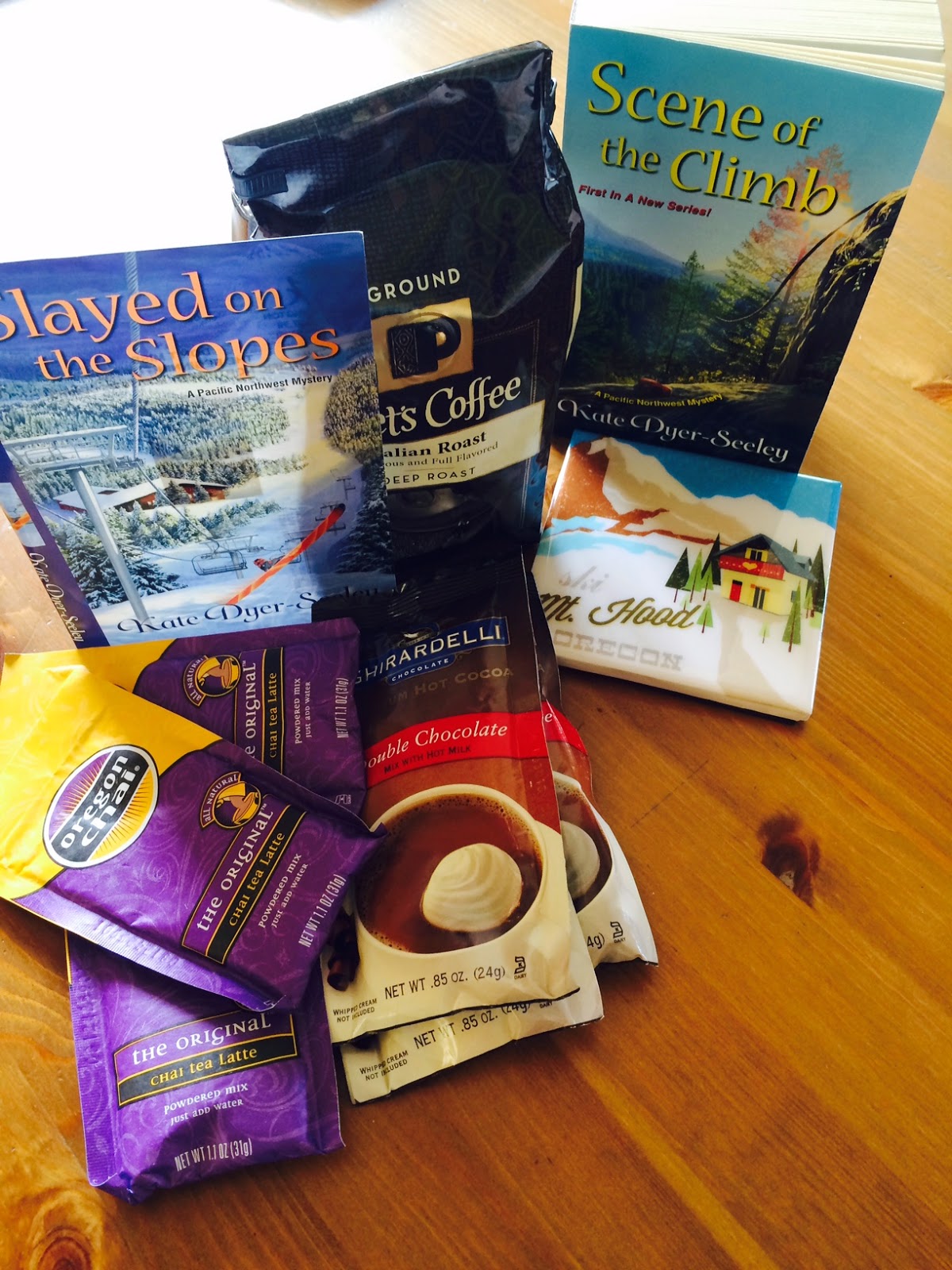 
This event was organized by CBB Book Promotions.

The Plot is Murder by V.M. Burns – Review
The Dragon Scale Lute by JC Kang